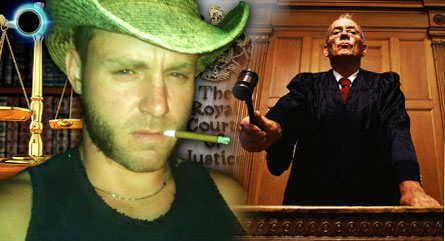 Red Ice Radio Guest and "Freeman on the Land" Dean Clifford has reportedly been arrested by RCMP in Manitoba, Canada, and is being detained at a maximum security prison. He states he is being held based on his political beliefs. His website says the Freeman movement is not ’anti-government’, but ’pro-good-government’.

Dean doesn’t pay Income or property Taxes, he doesn’t drive with a license, insurance or with government plates. His beliefs stem from that 95% of what Government is doing is absolute rubbish and he does not consent to be governed by any of their bureaucrats.

Regarding his political journey:

His journey with unraveling the legal system and finding freedom started over a decade ago when the CRA (Canada Revenue Agency) came after him for not filing taxes in which they demanded him to pay over 3 times his annual earnings. This just wasn’t acceptable with him and so he set out to find out how they and Governments manage to force their policy onto the people with impunity.

What he discovered was mind blowing. The peoples position in a society has been turned upside down where they have been made the trustees which are made answerable to Government and Corporations and the notion that in a democracy, people have a say did not appear to be the case.

From then on, he has managed to correct his status and undo almost every deceitful contract that he was originally tricked into. The CRA is still unable to prosecute him to this very day. 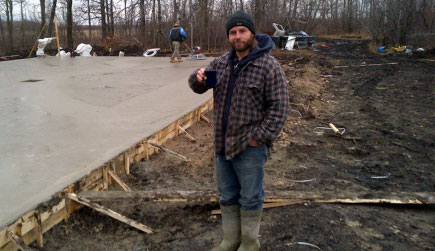 The details of the case are not currently clear at this time, but it is being reported that Dean at some point on February 2, 2013 lost temporary control of his vehicle in a private lane attached to a Sobey’s Grocery Store parking lot.
The RCMP (Royal Canadian Mounted Police) approached him, and it was revealed he did not have a license or insurance for the vehicle.
Further, it’s said that the 6 of the 7 charges laid against him were dropped. The remaining charge against him is ’assault of a peace officer’, one which Dean attributes to ’self defense when being attacked’.
He is calling for the police dash-cam footage to be released.

More information will become available at the DeanClifford.info site.

Currently, supporters are asking the public to help Dean with calls to contact the office of the Minister of Justice in Manitoba.

Time4Truth.com suggests: "Fax protests to the actual RCMP Police station in Gimli Manitoba also the welcome. Protests to the Ombudsman. Finding a friendly Journalist or TV station to help bring this out to the public. Heck a march or anything peaceful, he’s all for it."


Tune into Red Ice Radio with guest Dean Clifford as he speaks on government, law, freedom and the legal system: