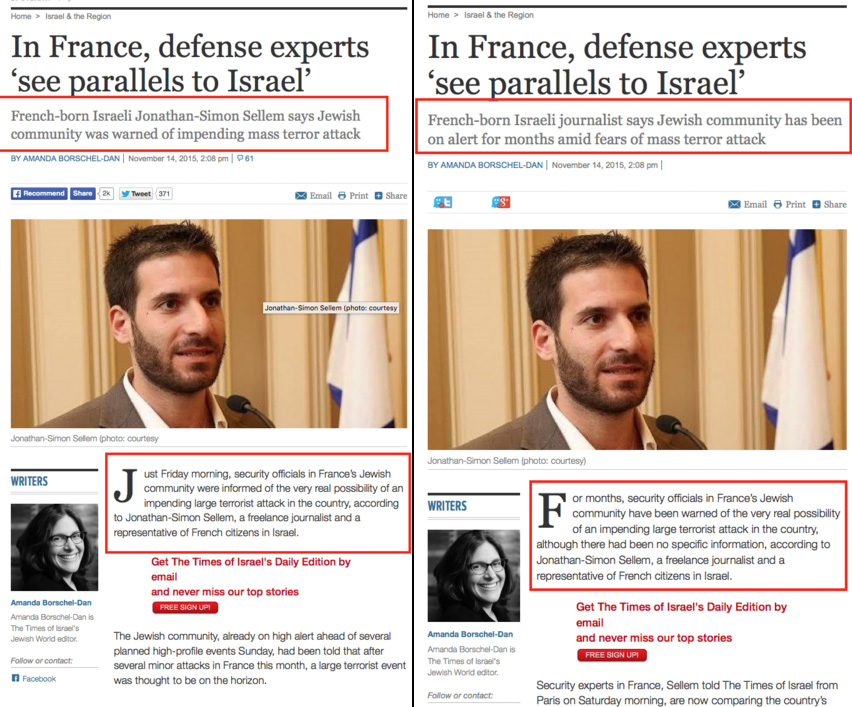 Why did the Times of Israel change their story from being warned "Just Friday" to "For months?" (Click for larger image) Hat tip: Colin McKay @DerorCurrency

A terrorist attack comes as no surpsise or great prediction considering the ongoing invasion of Europe where thousands of unchecked, potentially hostile men pour through the gates of Europe everyday. Remember, we know at least one of the terrorists was a "refugee." 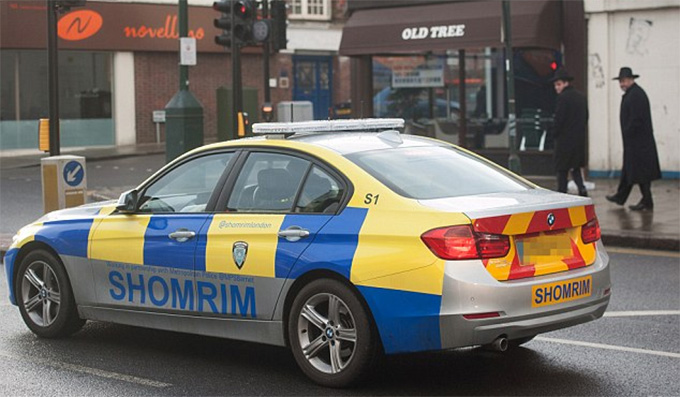 It's also no surprise that the Jewish community was warned of a large terrorist attack, being privy to inside intel. Who else is allowed the privilege of their own police force or special protection following a terrorist attack? 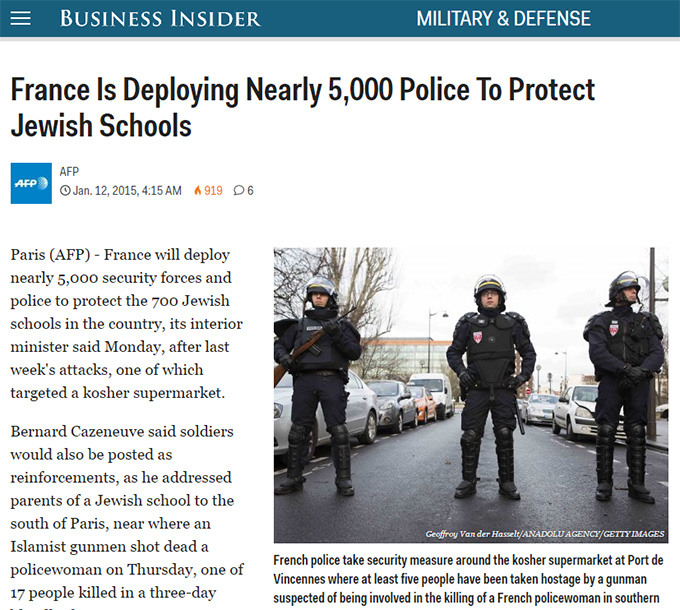 Why did the Times of Israel change their story from being warned "Just Friday" to "For months?" They either do not want the world to know they are privileged having a direct line to government intel or they're ashamed of hoarding the info and not sharing it with the rest of France, considering what happened on Friday night where 129+ non Jewish French and other European people were mass murdered. Changing the story only makes them look foolish.

Did the Jewish owner of the Bataclan theatre also receive special insider info of a potentenial terrorist attack in a theatre, considering how he sold the theatre Septermber 11th (Yes really!)