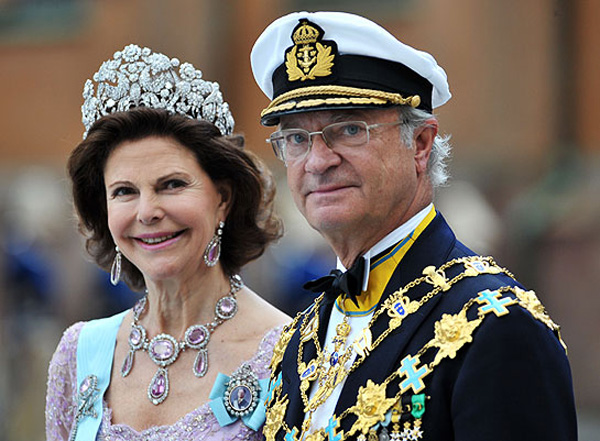 Sweden’s royal family - recovering from revelations of the secret affair the king enjoyed with a pop singer - has been thrown into fresh turmoil over the Nazi past of the queen’s father.

When she married in 1976 the Queen’s German father Walter Sommerlath denied he had ever been a member of the Nazi party. That fiction was exposed some years later by a Swedish newspaper which proved he joined the movement in 1934.

Earlier this year Queen Silvia spoke for the first time about it in a TV documentary in which she said he was not 'politically active' and that the factory he ran produced toy trains and hair dryers, as well as parts for gas masks for civilians.

She said he did not take the factory over from Jewish owners.

Now the revelations about Sommerlath, who was living in Brazil at the time he joined the Nazis and only returned to Germany on the eve of war, have plunged the royals into a new crisis. 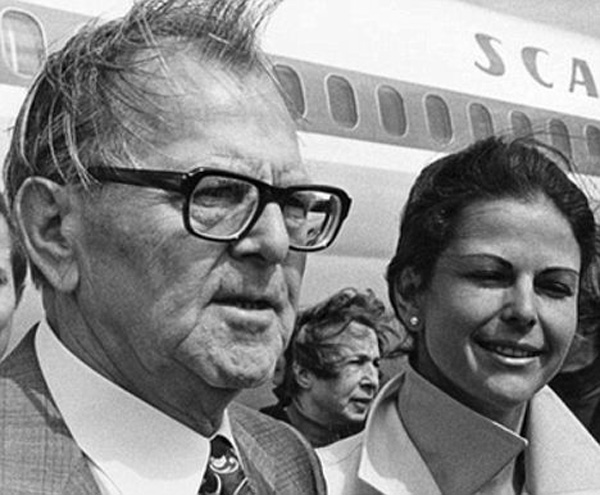 The Swedish TV4 documentary details how Queen Silvia's late father Walter Sommerlath, seen here with the Queen around the time of her wedding, grew rich producing armaments in a factory stolen from the Jews 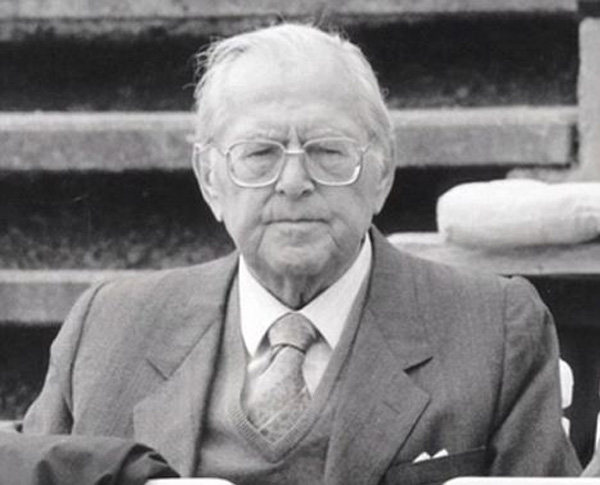 When Silvia married Gustaf in 1976, her German father lied and denied he had ever been a member of the Nazi party
Swedish investigative journalist Bosse Schön says, 'The truth about Queen Silvia’s father, which she doesn’t want to tell herself or her family, is that he joined Hitler’s Nazi party beginning on December 1st, 1934.

'Also, Queen Silvia’s father worked during his time in Brazil for the German company Acos-Burderus-do Brasil-Ltda, which used wartime prisoners as slave labour in Nazi Germany.'

Sommelath resettled in Berlin and on 24 May 1939 he took over the company Wechsler & Hennig.

Documents found by Kalla fakta show that Sommerlath took over the firm from Efim Wechsler, a Jew, and that this was part of the so-called 'Ayranisation' of such enterprises according to the Nuremberg Laws which stripped Jews of their rights and property.

He bought it at a knock-down price, as was common at the time. Jews needed the money to try to escape from Germany.

The documents also show that his factory produced items which were used by the Luftwaffe - ack-ack guns - and also parts for tanks.

Her brother Ralf told the newspaper Expressen that the Queen is 'terribly upset' and he calls the documentary 'lies and slanders'.

He fumed that if all Swedes are like Mats Deland, one of the three documentary makers, he will never again visit Sweden and will tell his sister to 'come home.'

The queen’s attempts earlier this year to play down the Nazi past of her father have led to fierce criticism of her in the media now, both in Germany and Sweden.

She has refused all comment but a statement was issued by the palace ahead of part two of the documentary which runs on Sunday night this coming weekend.

'Concerning the discussions about Walther Sommerlath in the media, which deal with events which took place before the Queen was born, the Queen has no reason to comment on the content of the programme.

'Of course The Queen is sorry about her father becoming a member of the National Socialist Party in 1934.

'The Queen first got knowledge of his membership in adulthood, and she never had the opportunity to discuss this with her father.'

Her husband King Carl XVI Gustaf was recently exposed in a book over a secret affair he had with a pop singer.

Readers of Stieg Larsson's Girl With The Dragon Tattoo trilogy will be aware of the links between Sweden and the Nazis.

As Hitler rose to power in Germany in the early Thirties, the National Socialist Workers Party was set up by Sven Olof Lindholm in 1933 to mirror its views.

A newspaper was set up as a mouthpiece for fascist views, a Nordic Youth set up along the lines of the Hitler Youth and the swastika even featured for a time on the party's emblem.

The more established National League of Sweden was also undergoing a resurgence at that time with members peaking at 40,000.

During the war itself, the country declared itself neutral and maintained iron ore exports to Germany and allowed the Wehrmacht to use its transport network. 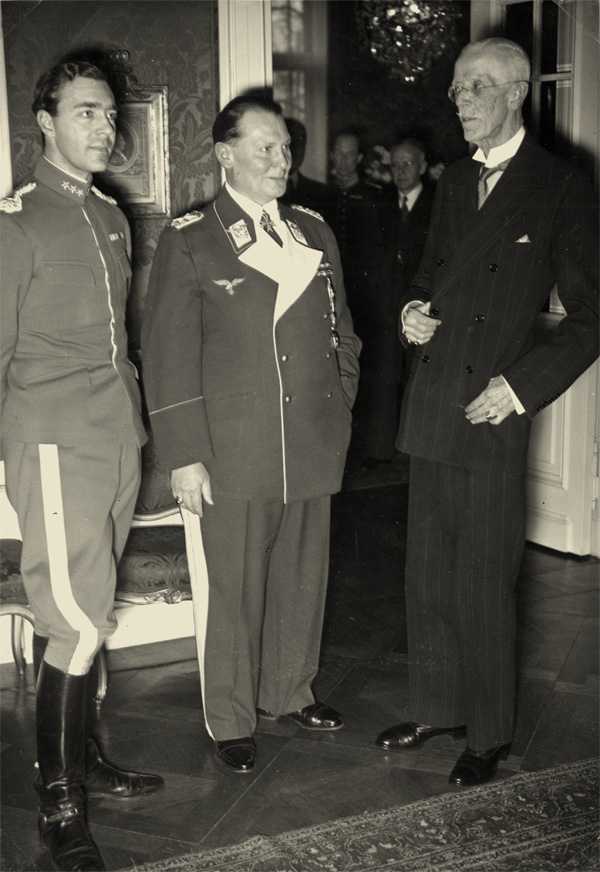 The monarch, Gustav V (pictured above right with Herman Goering in the 1930s) enjoyed strong links with high-ranking members of the SS and Goering was even presented with the Swedish Order Of The Sword.

Sweden used its position of influence for some good, however, and saved the lives of 8,000 Danish Jews and 44,000 Norwegians smuggled into the country.

After 1943, it sought to distance itself from the Germans. Support waned and the Nazi-sympathising parties dissolved. A core clung on and in 1956, the Nordic Reich Party was established.

Dozens of parties have subsequently dotted the political scene, including the White Aryan Resistance (WAR), whose activities, included a spate of car bombings, were investigated by Larsson.

In 1994, on Hitler's 110th birthday no less, that group transformed into the National Socialist Front and that kept the WAR flag flying until 2008.

Jimmie Akesson's Democrats started life in 1998, emerging from the Keep Sweden Swedish movement supported largely by skinheads in Stockholm and the south of the country, but has steadily steered its way to respectability.

They switched the party's symbol from a blue and yellow badge with a sail, mirroring the national flag, to that of an orange cloudberry, a plant that grows in the northern hemisphere.

It's not "news" that Silvia's father had Nazi connections. Many people in and around the Royal Houses did/do. Before, during and after world war II representatives from various countries met with each other and state visits happen even when Hitler was in power, it doesn't prove that all who were photographed with Hitler or members of his staff are Nazis.

Just keep in mind that TV4, that aired this documentary, is a fierce zionist controlled channel. TV4 is owned by the Bonnier Group, Bonnier a wealthy zionist family that control the majority of Swedish media. The channel's program director is Jan Scherman, they have been running hit pieces on the Swedish 9/11 truth movement and unsuccessfully trying to connect any questioning the official version with antisemitism. Judging by the fruits of what TV4 air (when it comes to "documentaries") they seem eager to destroy what little is left of Swedish Nationalism and destroy the few petty little politically correct straws of tradition and culture that this sad country still has.

The "Swedish" Royal family shouldn't be defended though, throw them out. The family isn't Swedish, they are Saxe-Coburg, Gotha and French Bernadotte. What are they doing in Sweden anyway... mooching money for their partying?

Sweden is slowly being poisoned to death from the inside by the zionist factions that have taken over the media in Sweden. It's almost laughable that in a time like this, when the Swedish constitution is up for a major overhaul yearly next year and we hand over even more powers to the European Union, TV4 digs into old dusty photo albums to find proof that shows just how "Nazi" Sweden really is! It's pathetic.

Listen people at TV4, if you want something interesting to investigate when it comes to the Nazi's and World War II, look into the powerful Swedish aristocratic Wallenberg family who controlled the iron ore industry in Sweden and made millions of Kronor selling ball bearing to both sides during world war II. They literally kept the war running. In 1990, it was estimated that the Wallenberg family indirectly controlled one-third of the Swedish Gross National Product, I wonder how much they control today ... and how much of that wealth has been built on bloodshed.

Furthermore, Stieg Larsson who wrote the "Girl With The Dragon Tattoo" trilogy that is referenced in the article was initially a political activist for the Communist Workers League (Kommunistiska Arbetareförbundet). He was the editor of the Swedish Trotskyist journal "Fjärde internationalen", journal of the Swedish section of the "Fourth International" and he also wrote regularly for the weekly "Internationalen". He's a Fabian endorsing an international socialist order. There is an agenda behind it. The series of books he wrote have been heavily promoted in Sweden because it paints a picture of how "racist" Swedes are. Associating national pride with racism, seeking to make you feel guilt. It's all very one dimensional.