Thousands of nonwhite invaders have once again gone on the rampage outside the French port of Calais, desperately trying to force their way into Britain prior to the European Union referendum on Thursday.

Chanting slogans such as “F**k UK”—even though they are seeking entry to that country—the nonwhites shut roads, hurled rocks, and placed obstacles in the roads leading to the ferries and the Channel Tunnel. 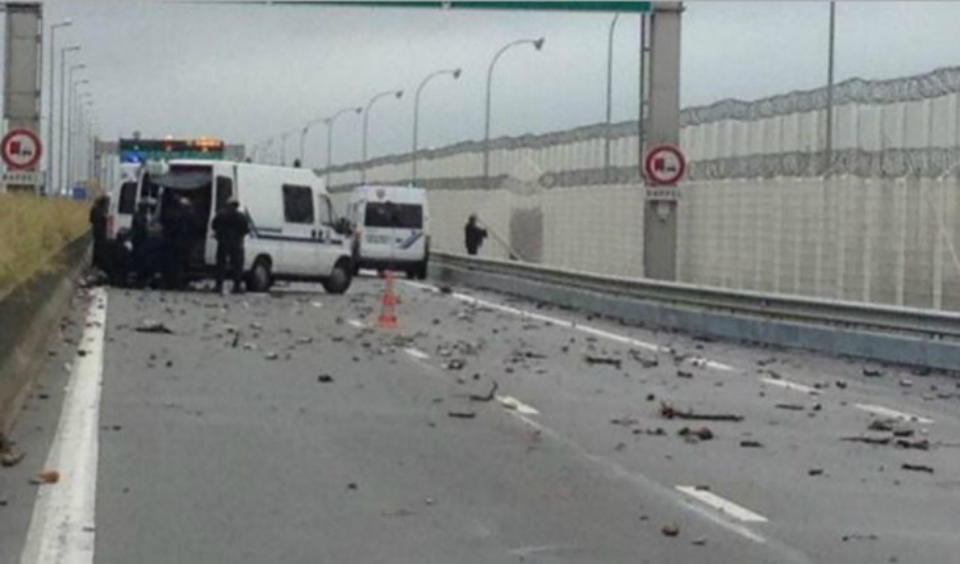 French police were called out for the third day in a row after nonwhite hordes—all living illegally in the French town’s outskirts after being allowed to invade Europe—targeted cars, buses, and trucks in an attempt to hijack their way into Britain. 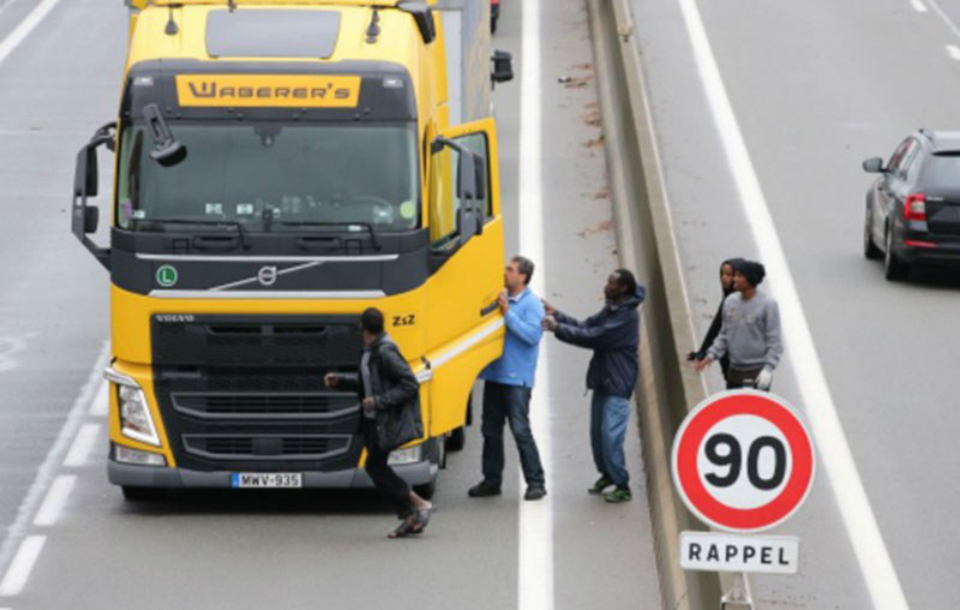 The invader violence brought traffic to a complete standstill, allowing several eyewitnesses to photograph the unrest and post it on social media.

The violence also forced the cancellation of a number of cross-Channel trains, the Eurotunnel operators confirmed.

Many motorists warned that the nonwhites were stoning the cars, and that the post had been shut down completely as stationary traffic caused miles of congestion right through the town.

The chaos erupted at around 3 p.m. French time when the hundreds of migrants made an organized raid on the motorway linking the town to the port, which was closed by authorities for more than four hours, sparking traffic mayhem. It finally reopened at around 7 p.m. after being left strewn with debris. 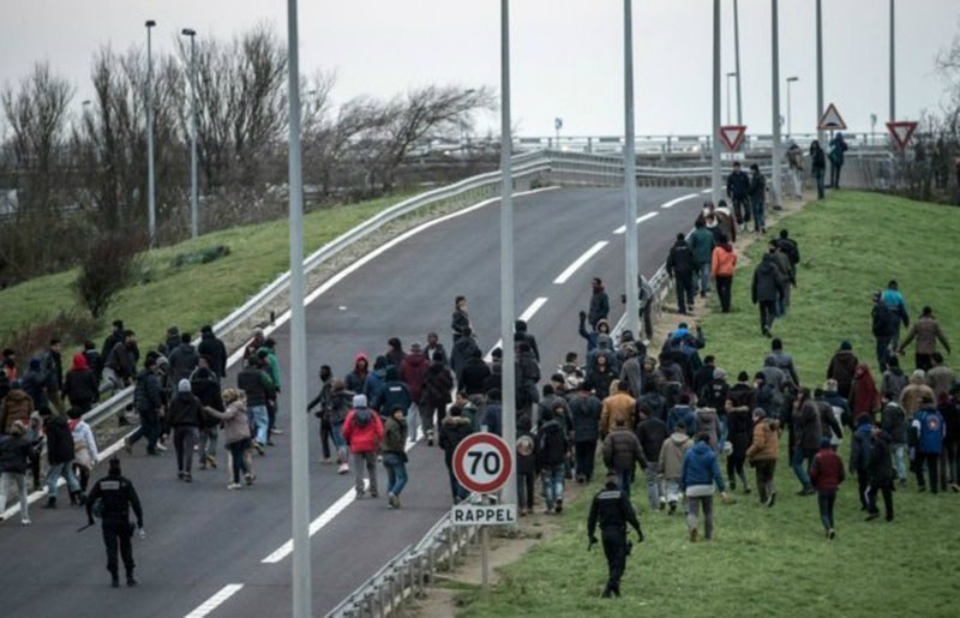 Calais newspaper La Voix du Nord reported that gangs of nonwhites from the infamous “Jungle” camp attacked the passing traffic in waves, while police put up barriers and fired teargas in an attempt to hold them back.

Several police officers were injured in the fighting, and a number of arrests were made, including two communist thugs from the anarchist group “No Borders.” The communists were arrested for stone-throwing along with their nonwhite allies, police said.

Social media—twitter and Facebook—effectively circumvented the controlled media once again.

Meanwhile, the Local in France has reported that the invaders are also starting to steal small boats along the French coast in order to try and cross the Channel.

Pierre-Joachim Antona, spokesman for the local French maritime authority, said efforts to cross the Channel by boat were “no longer extraordinary or isolated.”

He said that while the coast guard had intercepted several boats, there was evidence that some invaders were succeeding in crossing the water, citing “clues on English and French beaches, like small boats or life vests.”