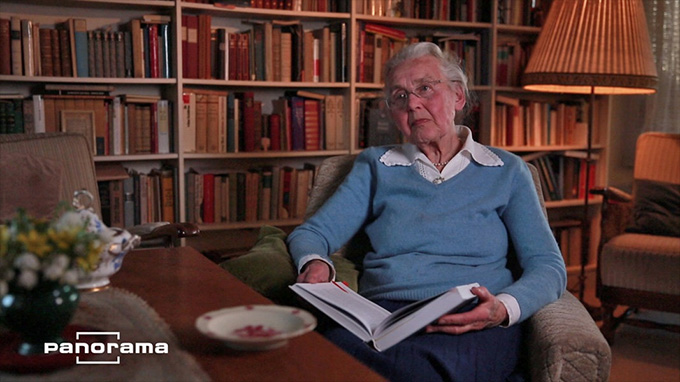 Editor's Comment: Is she right to question the unquestionable? Decide for yourself, look at the videos linked up below this article.

A well-known 87-year-old German "Neo-Nazi grandmother" has been sentenced to 10 months in prison after being found guilty of denying the Holocaust.

Haverbeck was charged earlier this year after giving an interview outside the trial of former SS Sgt. Oskar Groening claiming Auschwitz wasn't a death camp.

When she challenged the presiding judge in Hamburg to prove it was, Bild reports that he said he wouldn't debate someone who "can't accept any facts."

“Neither do I have to prove to you the world is round," Magistrate Bjoern Joensson said.

In his ruling, Joensson said, according to Agence France-Presse, “It is deplorable that his woman, who is still so active given her age, uses her energy to spread such hair-raising nonsense.”

“She is a lost cause,” he added, AFP reported.

Haverbeck is a notorious extremist who was once chaired a far-right trainng center shut down in 2008 for spreading Nazi propaganda, according to AFP. She has a rap sheet and a suspended sentence for sedition.

Haverbeck was arrested on hate speech charges in June, according to reports.

Groening, who gave lengthy testimony on how the death camp functioned, was convicted of 300,000 counts of accessory to murder for the Jews killed while he was there.

The charges against Groening related to a period between May and July 1944 when hundreds of thousands of Jews from Hungary were brought to the Auschwitz-Birkenau complex in Nazi-occupied Poland. Most were immediately gassed to death.

The 94-year-old man was sentenced to four years in prison in July.

Is she right to question this unquestionable event? Decide for yourself, look at these arguments:

Spielberg's Hoax - The Last Days of The Big Lie

One Third of the Holocaust

David Irving - The Faking of Adolf Hitler for History

Doug Christie (The Lawyer Who Defended Ernst Zundel) on "Crossfire" 1985

Holocaust, Hate Speech and Were the Germans so Stupid?