A German family travelled to Russia before claiming asylum - insisting their homeland is no longer safe because of the influx of migrants.

Carola Griesbach, 51, and her husband Andre, 45, drove the 1,400 miles from northern Germany to Moscow's Red Square in a VW camper van to escape the 'German dictatorship'.

Two of their daughters, Dominique and Julia, along with four of their grandchildren were also crammed into the van. 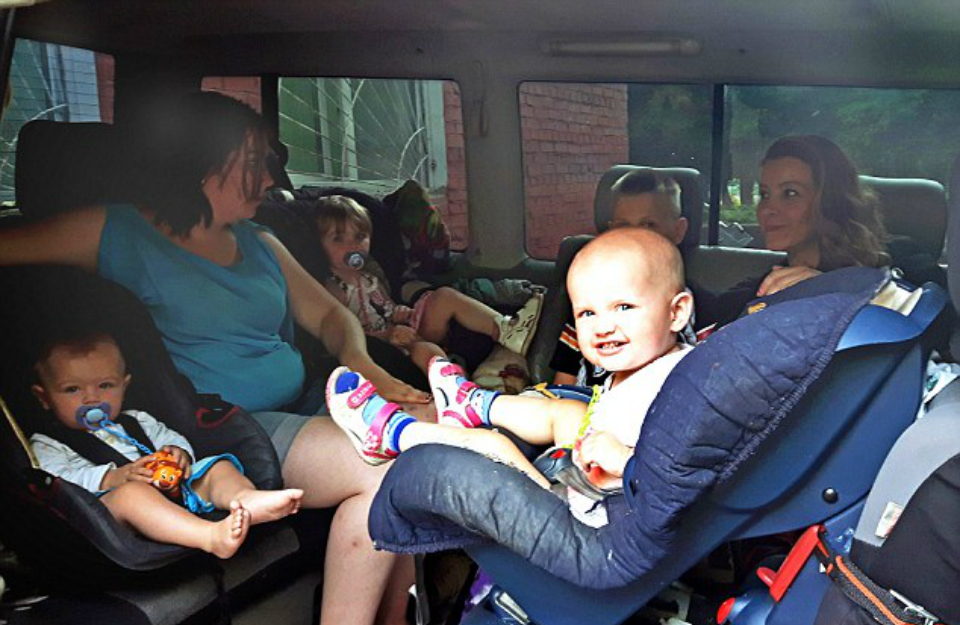 The family left Germany for a number of reasons including that they were concerned about the number of migrants entering the country.

However, since arriving on New Year's Eve in 2015, they have been stranded at a small motel in a forest outside the Russian capital with the authorities knocking back their claims for asylum.

The Russian government considers Germany a 'safe' country and the family are not allowed to become asylum seekers in Russian.

But the Griesbachs claim they had no time to organise more suitable paperwork.

Andre said: 'We have been worried ever since we staged a protest against the German Government outside the Bundestag [Parliament] from September to December 2013. 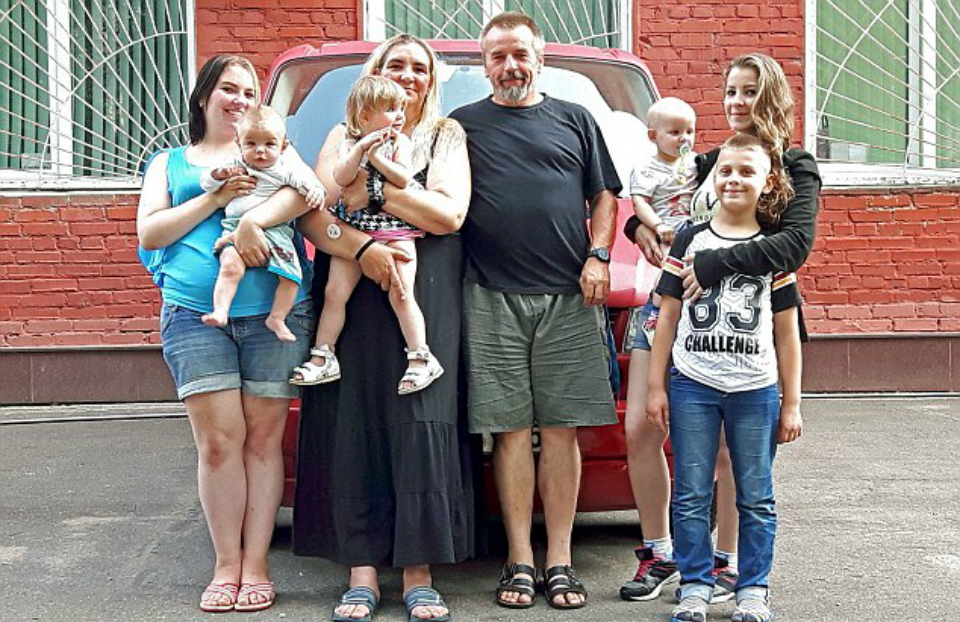 'We don't feel like Germany is a safe place for us, or to bring up children.

'When we left Germany in December 2015 we had no time to organise anything.

'We only got a tourist visa just so we could enter the country. There was no time to arrange a work visa.'

Since arriving in Russia's famous Red Square, the family have been relying on the good will of the Russian people and legal technicalities to allow them to stay.

The Griesbachs claim that the agreement between Russia and Germany to stop fighting in 1918 was no true peace agreement, and that therefore the countries are still at war. In this scenario, they argue, the Russian state has a duty to protect them.

And they are desperate to stay.

Andre said: 'We want to stay here and work. We are not interested in living off the state.

'I've had plenty of people offer me work, as a farmer, or a construction worker. I built my own house in Germany. I could also work as a translator or a German language teacher.

'In Germany you need so many qualifications to get some jobs, but in Russia you can just do it. I'll be happy to work once the Russian government lets me.

Work as a translator might be a long way off, however. Their case is not being helped by their lack of understanding of Russian, and their survival funds are drying up fast.

Andre added: 'My Russian is not very good so we have to have all the documents translated. 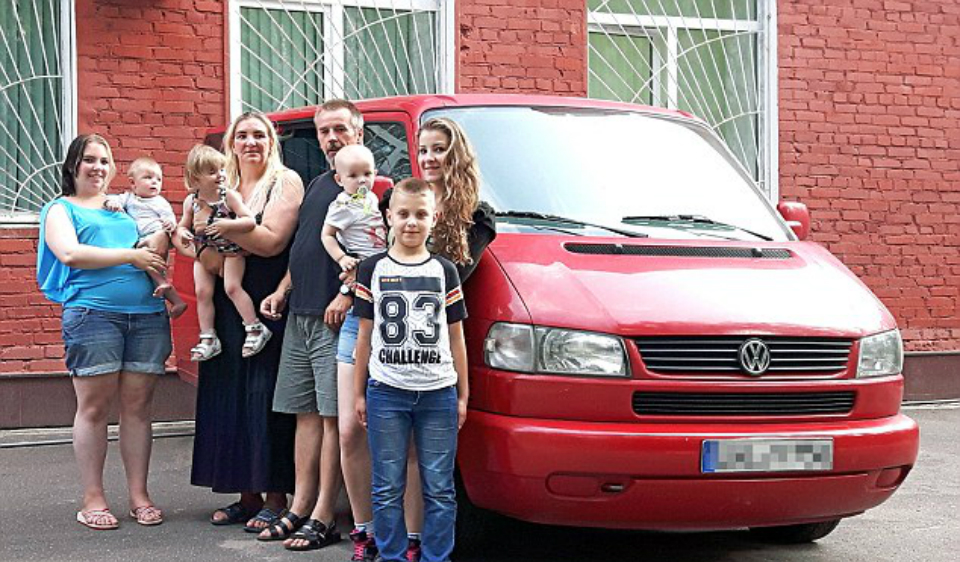 'As we don't have much money left, we are relying on the good will of local people to help us.

'But the Russian people are unbelievably helpful. No one can beat them in this respect. We certainly would not get this kind of help from Germans, because they are far too selfish.'

As well as the selfishness of their fellow Germans, the Griesbach's complaints about Germany range from the number of refugees and lack of democracy to forced immunisation and the 'early sexualisation' of children.

Andre said: 'People believe Germany is a democracy but it's not.

'It's morally corrupt and people don't about anything like punctuality or crime anymore. There is no society.

'Russian society is much better, and Putin is a much better example of a leader. The German state is corrupt, so he is much more democratic than Merkel.

'They are inviting all the immigrants over so they can stir up trouble in the country and start the war the government wants.

'No country but Germany wants so many foreigners in their country.

'The Americans' wars, the Syrian war, Germany helps pay for all of this stupidity.

'The child protection services are so quick to take children away from their parents. They get paid to do it, and it's almost like child trafficking.. We were worried it would happen to us.

'And the children are sexualised far too early through clothes and pictures and books. There's no way to fight against it.

'It's a lot better in Russia. They care about the family and put it first.'

Carola said: 'Everyone knows the situation in the German media, and on the relationship between migrants and violence is. The media reports on a small part. 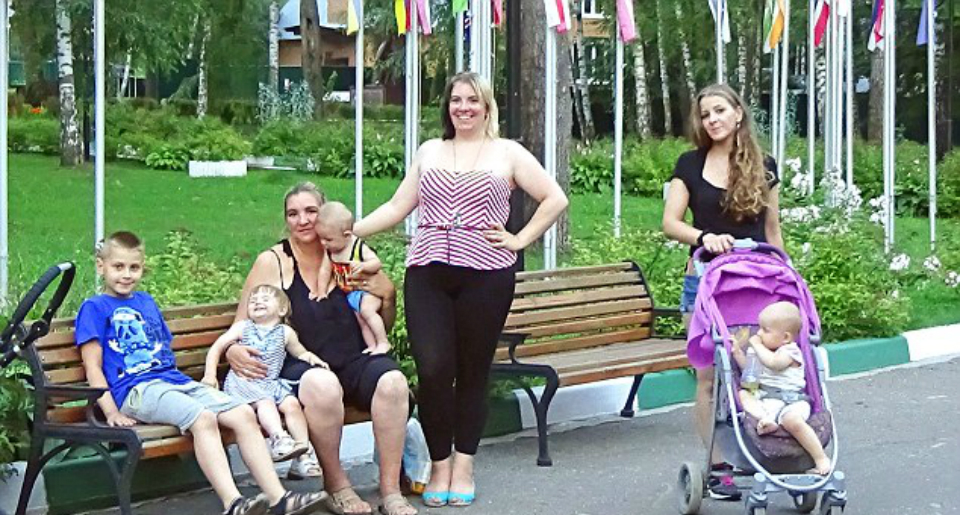 'It's not safe for children or women in Germany anymore.

'The Police rarely look into cases, because they are prevented from doing so by the system or they are attacked by the so-called asylum seekers.

'But let me make it clear - we don't have anything against asylum seekers. We have a duty to help people worse off than ourselves.'

As for the rest of the relatives back at home, the family say they have their complete support.

Andre said: 'They didn't find it great that we left without telling them at all.

'But we speak over Facebook and now they support us.

'We won't see them again unless they come here to visit. Going anywhere in the EU is out of the question for us.'

Many Germans do not feel the same, however. The asylum seekers have been ridiculed online by their compatriots.

Lars Klingenberg wrote: 'Quite honestly, I don't know whether I should laugh or cry because of the children.

'Before I stuff money down your throats, I'd rather give money to a local refugee organisation that looks after real refugees and asylum seekers.'

Lara Kareglazka wrote: 'It's a shame that the children have to suffer for the idiocy of the parents and grandparents. Irresponsible and antisocial!'