Mar 8, 2016 Source: newobserveronline.com
The German government has set up an explicitly-illustrated website dedicated exclusively to promoting interracial sex between the nonwhite “refugees” and Europeans.

The new website, called “Zanzu—My body in words and images”—was set up by the Ministry of Health’s Bundeszentrale für gesundheitliche Aufklärung (“Federal Center for Health Education,” BZgA) in cooperation with a Belgian-government funded “Expertise Center for Sexual Health” called Sensoa.

In its introductory video, the website specifically says that its purpose is to give “advice on sex and sexuality for migrants who have not been living long in Germany.” 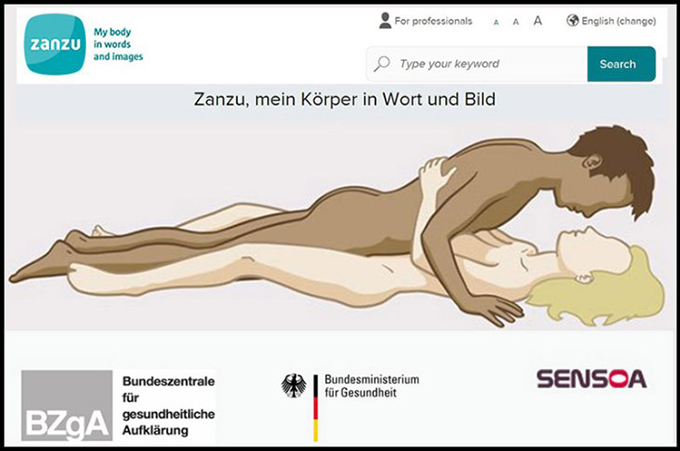 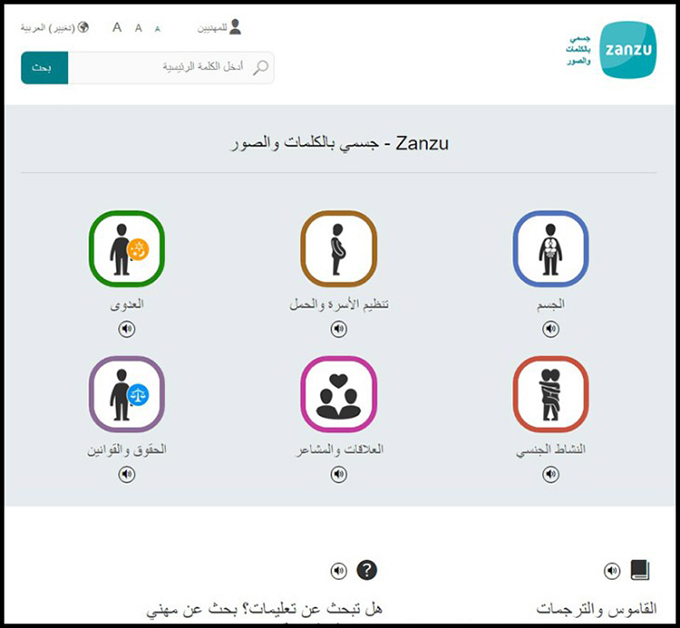 The website has been prepared in Arabic, Farsi, Turkish, and nine European languages, but the contents of the site and the subjects discussed makes it clear that it is aimed at nonwhites from the Third World.

For example, under the heading “Relationships and feelings,” the website explains in detail what “honor violence” is, and why it is unacceptable in Europe:

Honor means that you are valuable to yourself and society. Some people can choose for themselves how to live in an honorable way. For other people, it is decided by their family or society. In this case, you represent your family. Your behavior affects all your family members. Honor-based violence is forbidden by law.

“Honor violence” is of course an almost exclusively Muslim phenomenon, most often directed against females who in way or another disobey the males in their family with regard to relationships, dress, or behavior.

Another part of the site, titled “Rights and law,” even attempts to explain to the nonwhite invaders that they should not engage in sexual violence against women.

As if anyone, from anywhere, actually needed to be told this, under the heading “What is sexual violence?” the website tries to explain it this way:

Sexual violence is when someone threatens you, uses violence toward you or exploits your defenseless position in order to have sex with you. That is a crime. Some forms of sexual violence are sexual coercion, sexual abuse, and rape. The people who commit sexual violence can be severely punished for it.

It is also a form of sexual violence if someone attacks you with words or actions that are sexual and if someone wants to humiliate you by doing so.

So, for example: someone

makes rude comments about you in your presence,

harasses you on the telephone or by email or SMS,

shows you pornographic images or movies against your will.

By the way: women and girls are often affected, but men and boys can also be affected.