May 2, 2013 Source: telegraph.co.uk
RIC Note: Echoing the old Soviet Union, the EU government is punishing the people with money, but not those who stole it! This is what Vladimir Bukovsky warned about when he questioned if the European Union was in fact a ’new’ Soviet Union. (read below). 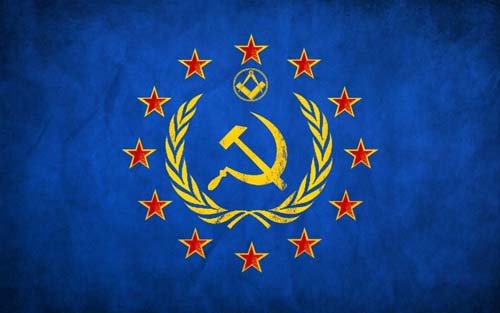 Two top advisers to German Chancellor Angela Merkel have called for a tax on private wealth and property in eurozone debtor states to force the rich to fund rescue costs, marking a radical new departure for EMU crisis strategy.

Professors Lars Feld and Peter Bofinger said states in trouble must pay more for their own salvation, arguing that there is enough wealth in homes and private assets across the Mediterranean to cover bail-out costs. “The rich must give up part of their wealth over the next ten years,” said Prof Bofinger.

The two economist are members of Germany’s Council of Economic Experts or “Five Wise Men”, a body that advises the Chancellor on major issues. There is no formal plan to launch a wealth tax but the council is often used to fly kites for new policies.

Prof Bofinger told Spiegel Magazine that it was a mistake to target deposit holders in banks, the formula used in the EU-IMF Troika bail-out for Cyprus where those with savings above €100,000 at Laiki and Bank of Cyprus face huge losses. “The canny rich in southern Europe just shift their money to banks in Northern Europe to escape seizure,” he said.

Prof Feld said a new survey by the European Central Bank had revealed that people in the crisis countries are richer than the Germans themselves. “This shows that Germany has been right to take a tough line of euro rescue loans,” he said.

The ECB study found that the “median” wealth of is €267,000 in Cyprus, compared to just €51,000 in Germany where home ownership rate is just 44pc and large numbers of people have almost no assets.

The ECB survey has hardened attitudes in Berlin, dooming efforts by Cyprus extract more money from the Eurogroup as rescue costs surge from €17.5bn to €23bn.

The study shows how EMU states have twisted themselves into a Gordian Knot under monetary union, and why Germans feel a strong sense of grievance over escalating bail-out demands. Yet it is also highly controversial since it relies on data before the housing crash in Spain, and may understate implicit wealth in Dutch pensions or German life insurance. 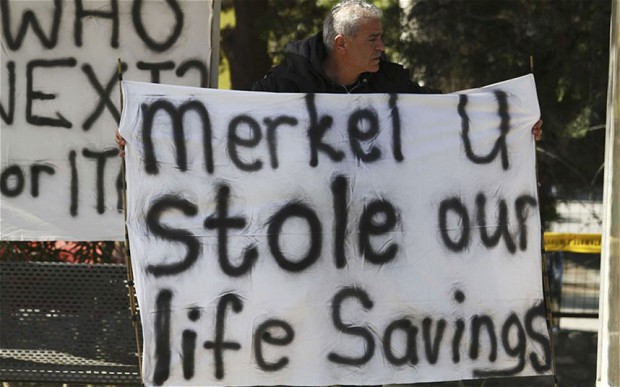 Prof Bofinger told Spiegel Magazine that it was a mistake to target deposit holders in banks, the formula used in the EU-IMF Troika bail-out for Cyprus where those with savings above €100,000 at Laiki and Bank of Cyprus face huge losses.
[...]

The political debate on euro membership may change dramatically if rich Cypriots, Italians, Spaniards, and Portuguese start to see EMU as a threat to their property, rather than a defence.

Read the full article at : telegraph.co.uk

Vladimir Bukovsky, a former Soviet Union Gulag prisoner, revealed in this speech, confidential documents from secret Soviet files which he was allowed to read in 1992. These documents confirmed the existence of a "conspiracy" to turn the European Union into a socialist organization.