Sep 2, 2014 By Henrik Palmgren | redice.tv
There was some doubt earlier this week as to the validity of the claim in Kevin MacDonald’s article The War Against Whites.

We’ll we found something for your guys:

Not that this is the only one, far from it, this is just a small sample of the barrage of conferences and a well educated cultural marxists that have set their goals on the target.

Now we have a distinguished alumni from the fine elite Harvard University join in the good fight.

Good news for you guys who hate White people (or yourselves), it turns we have prominent people in Harvard University working on the "final solution" for the White people, right now. The question is how to terminate the White race once and for all. Jewish professor Noel Ignatiev talk about the need to abolishing the white race (in other words not himself), because it is "oppressive." He also suggests to bring "minorities" together in such a way that it’s impossible for the legacy of Whiteness to "reproduce itself," his words! Well this is a fine admirable and noble desirable goal.

Funny because at first they almost made us believe that there isn’t such a thing as race, and specifically White people. How can you exterminate something that doesn’t exist? That’s something for the quantum quacks at the psyence quackademia department to deal with I guess.

What other elite university professors have you heard that talk this way about any other race? How do they get away with it without getting fired? Interesting isn’t it?

Seems like Barbara Spectre’s has some competition at least now.

Oh and also one more thing, let’s blame the messenger of this message and not the fine gentleman below, ok? Thanks - we appreciate it! 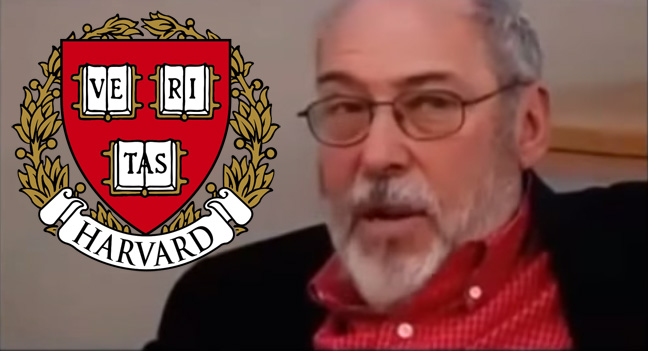 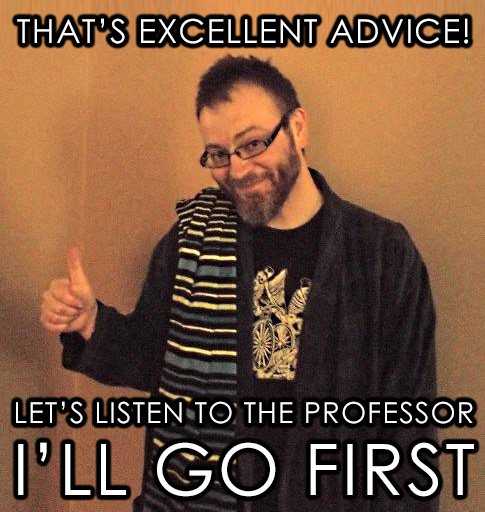 The clip is from: Indoctrinate U

A Harvard professor wants to abolish the white race
From: washingtontimes.com

Noel Ignatiev, a founder of a journal called Race Traitor and a fellow at Harvard’s W.E.B. DuBois Institute, a leading black-studies department, argues in the current issue of Harvard Magazine that "abolishing the white race" is "so desirable that some may find it hard to believe" that anyone other than "committed white supremacists" would oppose it.

In excerpts appearing this week in newspapers nationwide, Mr. Ignatiev, who is white, writes that "every group within white America," including "labor unionists, ethnic groups, college students, schoolteachers, taxpayers and white women" has at one time or another "advanced its particular and narrowly defined interests at the expense of black people as a race."
Mr. Ignatiev pledges in the essay that his journal, Race Traitor, intends to "keep bashing the dead white males, and the live ones, and the females, too, until the social construct known as ’the white race’ is destroyed not ’deconstructed’ but destroyed."

His colleagues at Harvard seem not to take his proposal entirely seriously. Others cite the article as an example of Harvard’s institutional racism.
Sara Stillman, assistant to the publisher of Harvard Magazine, says there’s clearly some "misunderstanding" about what Mr. Ignatiev means by the inflammatory language.

Asked in a 1997 interview with the New York Times if he hates his own white skin, Mr. Ignatiev said, "No, but I want to abolish the privileges."
"The white race is like a private club based on one huge assumption that all those who look white, are, whatever their complaints or reservations, fundamentally loyal to the race. We want to dissolve that club, to explode it," he said.

Christopher Reed, executive editor of Harvard Magazine, defended what Mr. Ignatiev wrote in the September-October issue. "He’s arguing against the mind-set and attitude that automatically grants privileges to white people he wants more fairness," Mr. Reed said in a statement.

The university’s public affairs office said it had no comment.

The article already has stirred anger among some conservatives, who see the article as typical of the liberal climate in academia. "Suppose Frontpagemagazine.com ran a headline ’Abolish the Black Race’?" asks David Horowitz on his magazine’s Web site. "What do you think the reaction would be? But at Harvard, where demonizing whites is merely the standard curriculum, an article like this can appear in a glossy magazine whose cover story is ’Whither the Art Museum?’

"Race hatred, if directed against white people, is just part of the progressive culture," says Mr. Horowitz, a radical-turned-conservative and author of "Civil Wars: The Controversy Over Reparations for Slavery."

Mr. Ignatiev, a one-time steelworker and Marxist activist who earned a doctorate at Harvard, could not be reached for comment. But he writes about what he believes at the Web site of Race Traitor, whose motto is: "Treason to whiteness is loyalty to humanity."

"The key to solving the social problems of our age is to abolish the white race, which means no more and no less than abolishing the privileges of the white skin. Until that task is accomplished, even partial reform will prove elusive, because white influence permeates every issue, domestic and foreign, in U.S. society," the journal’s statement of purpose says.

"The existence of the white race depends on the willingness of those assigned to it to place their racial interests above class, gender, or any other interests they hold. The defection of enough of its members to make it unreliable as a predictor of behavior will lead to its collapse."

Among the "privileges" of being white, according to Race Traitor, are not being followed by security in stores, not being harassed by police, having easier access to better schools, jobs and housing, and not being asked whether skin color or affirmative action got you a job.

In the essay in Harvard Magazine, Mr. Ignatiev says he always expected "bewilderment" at his views from "people who still think of race as biology."
"We frequently get letters accusing us of being ’racists’ just like the KKK, and have even been called a ’hate group.’" he wrote.

Mr. Ignatiev attempts to clarify how he could be seeking to abolish the white race without calling for genocide. "Our standard response is to draw an analogy with anti-royalism: to oppose monarchy does not mean killing the king; it means getting rid of crowns, thrones, royal titles, etc."

Abolition of a monarchy has often been marked by killing the monarch and sometimes his family members; for example, England in 1649, France in 1792, Russia in 1917 and Iraq in 1958. Even those nations that have abolished kings or emperors without regicide generally have forced the monarch into exile.

Mr. Ignatiev grew up in a Philadelphia family that he says was devoid of racial bias. As a child, he swam at a free community pool, where he was the only white patron. He says his parents refused to pay a $1 fee that was designed to keep other public pools all-white.

Mr. Ignatiev’s parents, Jewish immigrants from Russia, were not college educated, but he attended the University of Pennsylvania, dropping out after three years. He worked in a Chicago steel mill and in factories that made farm equipment and electrical parts for two decades. At the steel mill, he helped organize strikes and protests by the predominantly black work force.

He was laid off from the steel mill in 1984, a year after he was arrested on charges of throwing a paint bomb at a strike-breaker’s car. He set up Marxist discussion groups in the early 1980s. In 1985, Mr. Ignatiev was accepted to the Harvard Graduate School of Education without an undergraduate degree. After earning his master’s, he joined the Harvard faculty as a lecturer and worked toward a doctorate in U.S. history.

His dissertation was his book, "How the Irish Became White." Mr. Ignatiev said the book told how Irish immigrants came to the United States and became "oppressors" by emulating American whites.