Has mankind created a technical world that the mind cannot master or control?

In the following article, Samuel Arbesman raises red flags about our relationship with modern technology and complex systems. In our boundless human ingenuity and creativity we have conceived such highly advanced computer systems that sometimes even the creators do not fully understand how it works.
And that raises the question - how long before we cannot fully control it?

---
It’s complicated: Have we finally reached our limits?
By Samuel Arbesman | AEON

Human ingenuity has created a world that the mind cannot master. Have we finally reached our limits? 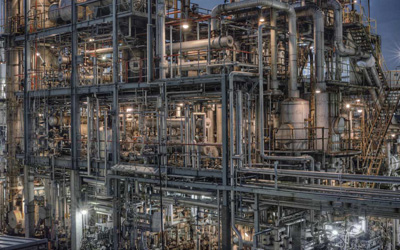 Despite the vastness of the sky, airplanes occasionally crash into each other.

To avoid these catastrophes, the Traffic Alert and Collision Avoidance System (TCAS) was developed. TCAS alerts pilots to potential hazards, and tells them how to respond by using a series of complicated rules. In fact, this set of rules — developed over decades — is so complex, perhaps only a handful of individuals alive even understand it anymore. When a TCAS is developed, humans are pushed to the sidelines and, instead, simulation is used. If the system responds as expected after a number of test cases, it receives the engineer’s seal of approval and goes into use.

While the problem of avoiding collisions is itself a complex question, the system we’ve built to handle this problem has essentially become too complicated for us to understand, and even experts sometimes react with surprise to its behaviour. This escalating complexity points to a larger phenomenon in modern life. When the systems designed to save our lives are hard to grasp, we have reached a technological threshold that bears examining.

For centuries, humans have been creating ever-more complicated systems, from the machines we live with to the informational systems and laws that keep our global civilisation stitched together. Technology continues its fantastic pace of accelerating complexity — offering efficiencies and benefits that previous generations could not have imagined — but with this increasing sophistication and interconnectedness come complicated and messy effects that we can’t always anticipate. It’s one thing to recognise that technology continues to grow more complex, making the task of the experts who build and maintain our systems more complicated still, but it’s quite another to recognise that many of these systems are actually no longer completely understandable. We now live in a world filled with incomprehensible glitches and bugs. When we find a bug in a video game, it’s intriguing, but when we are surprised by the very infrastructure of our society, that should give us pause.

One of the earliest signs of technology complicating human life was the advent of the railroads, which necessitated the development of standardised time zones in the United States, to co-ordinate the dozens of new trains that were criss-crossing the continent. And things have gotten orders of magnitude more complex since then in the realm of transportation. Automobiles have gone from mechanical contraptions of limited complexity to computational engines on wheels. Indeed, it’s estimated that the US has more than 300,000 intersections with traffic signals in its road system. And it’s not just the systems and networks these machines inhabit. During the past 200 years, the number of individual parts in our complicated machines — from airplanes to calculators — has increased exponentially.

The encroachment of technological complication through increased computerisation has affected every aspect of our lives, from kitchen appliances to workout equipment. We are now living with the unintended consequences: a world we have created for ourselves that is too complicated for our humble human brains to handle. The nightmare scenario is not Skynet — a self-aware network declaring war on humanity — but messy systems so convoluted that nearly any glitch you can think of can happen. And they actually happen far more often than we would like.

We already see hints of the endpoint toward which we seem to be hurtling: a world where nearly self-contained technological ecosystems operate outside of human knowledge and understanding. As a scientific paper in Nature in September 2013 put it, there is a complete ‘machine ecology beyond human response time’ in the financial world, where stocks are traded in an eyeblink, and mini-crashes and spikes can occur on the order of a second or less. When we try to push our financial trades to the limits of the speed of light, it is time to recognise that machines are interacting with each other in rich ways, essentially as algorithms trading among themselves, with humans on the sidelines.

Jacque Fresco & Roxanne Meadows - The Venus Project, The Philosophy, The System & The Transition