He’s Back! Hawass Returns Less Than a Month After Quitting 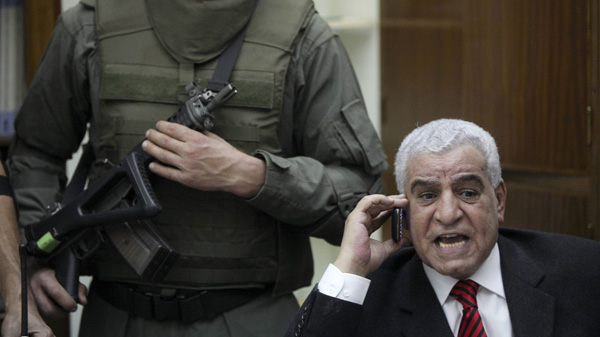 Zahi Hawass, who resigned as Egypt’s minister of antiquities less than a month ago under criticism for his close ties to former President Hosni Mubarak, was reappointed to the post on Wednesday, Agence France-Presse reported, citing an Egyptian news report; Mr. Hawass, reached by phone, confirmed his reappointment.

Mr. Hawass, a powerful figure in the world of Egyptology, was promoted to a cabinet position in the early days of the uprising, and drew the animosity of the revolutionaries by saying at the time that Mr. Mubarak should be allowed to hold power for another six months. He also said that Egypt’s museums and archeological sites were largely secure and that cases of looting were very limited. In the weeks that followed, that turned out not to be the case: several dozen objects were stolen from the Egyptian Museum in Cairo during a break-in on Jan. 28 — many have been recovered, though 37 are still missing — and hundreds more were taken from tombs and warehouses elsewhere in Egypt.

After Mr. Mubarak resigned, Mr. Hawass expressed support for the revolutionaries. Criticism of him mounted, however. On March 4, Egypt’s ruling military council acceded to the protesters’ demands by forcing the resignation of Prime Minister Ahmed Shafiq and replacing him with Essam A. Sharaf. Mr. Hawass, after posting on his blog for the first time a long list of sites that had been looted or damaged, announced that day that he had decided to resign because he could no longer protect Egypt’s antiquities. It was Mr. Sharaf who reappointed Mr. Hawass on Wednesday.

His departure had left a power vacuum at the antiquities ministry, according to Christian Manhart, the chief of the museums and cultural objects section of Unesco, who led a delegation to Egypt last week. Mr. Manhart said he was not surprised that Mr. Hawass had been reinstated, only that it had happened so quickly.