Here’s a graph showing death from colon cancer in men, and breast cancer in women, by altitude: 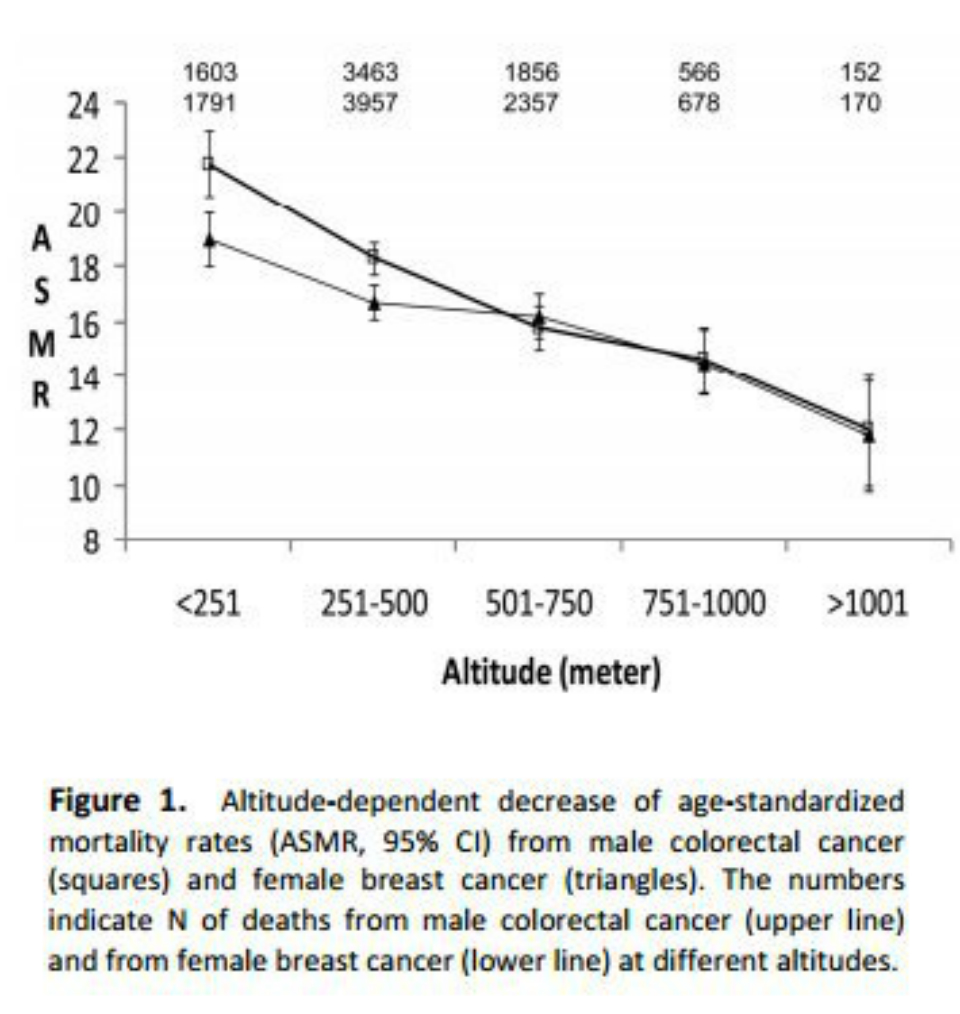 Death rates from both of these cancers were about half as high at an altitude of greater than 1000 meters (3300 feet).  The study also found about a 30% reduction in deaths from coronary artery disease at >1000 meters.

This accords well with a number of other studies. For example, “Lower Mortality From Coronary Heart Disease and Stroke at Higher Altitudes in Switzerland“. This study found 22% less heart disease death for every +1000 meters in altitude, and 12% less stroke death.

“Association Between Alzheimer Dementia Mortality Rate and Altitude in California Counties“: This study found about half the death rate from Alzheimer’s at an altitude of 1600 meters vs that at sea level.

Are there population differences, so that genes play a role? Not likely. The studies adjust for it, e.g. the first study confined results to towns of <20,000 population to control for migration from elsewhere; migrants overwhelmingly live in cities. Also, there’s increased death from COPD and respiratory infections at higher altitudes, so if there were some kind of general wealth or IQ effect, we wouldn’t see this.

Read the rest at Rogue Health and Fitness.