I'm a Liberal Professor, and My Liberal Students Terrify Me 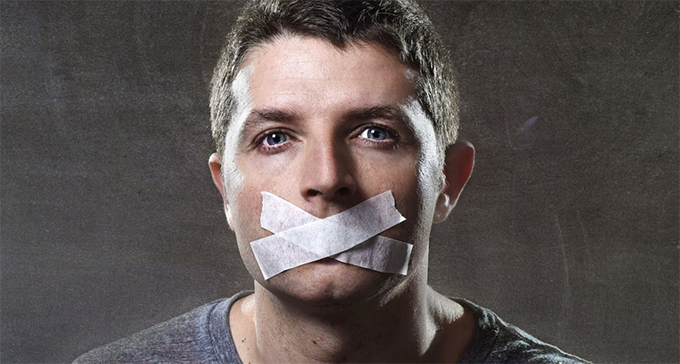 I'm a professor at a midsize state school. I have been teaching college classes for nine years now. I have won (minor) teaching awards, studied pedagogy extensively, and almost always score highly on my student evaluations. I am not a world-class teacher by any means, but I am conscientious; I attempt to put teaching ahead of research, and I take a healthy emotional stake in the well-being and growth of my students.

Things have changed since I started teaching. The vibe is different. I wish there were a less blunt way to put this, but my students sometimes scare me–particularly the liberal ones.

Not, like, in a person-by-person sense, but students in general. The student-teacher dynamic has been reenvisioned along a line that’s simultaneously consumerist and hyper-protective, giving each and every student the ability to claim Grievous Harm in nearly any circumstance, after any affront, and a teacher’s formal ability to respond to these claims is limited at best.

In early 2009, I was an adjunct, teaching a freshman-level writing course at a community college. Discussing infographics and data visualization, we watched a flash animation describing how Wall Street’s recklessness had destroyed the economy

The video stopped, and I asked whether the students thought it was effective. An older student raised his hand.

“What about Fannie and Freddie?” he asked. “Government kept giving homes to black people, to help out black people, white people didn’t get anything, and then they couldn’t pay for them. What about that?”

I gave a quick response about how most experts would disagree with that assumption, that it was actually an oversimplification, and pretty dishonest, and isn’t it good that someone made the video we just watched to try to clear things up? And, hey, let’s talk about whether that was effective, okay? If you don’t think it was, how could it have been?

The rest of the discussion went on as usual.

The next week, I got called into my director’s office. I was shown an email, sender name redacted, alleging that I “possessed communistical [sic] sympathies and refused to tell more than one side of the story.” The story in question wasn’t described, but I suspect it had do to with whether or not the economic collapse was caused by poor black people.

My director rolled her eyes. She knew the complaint was silly bullshit. I wrote up a short description of the past week’s class work, noting that we had looked at several examples of effective writing in various media and that I always made a good faith effort to include conservative narratives along with the liberal ones.

Along with a carbon-copy form, my description was placed into a file that may or may not have existed. Then … nothing. It disappeared forever; no one cared about it beyond their contractual duties to document student concerns. I never heard another word of it again.

That was the first, and so far only, formal complaint a student has ever filed against me.

This isn’t an accident: I have intentionally adjusted my teaching materials as the political winds have shifted. (I also make sure all my remotely offensive or challenging opinions, such as this article, are expressed either anonymously or pseudonymously). Most of my colleagues who still have jobs have done the same. We’ve seen bad things happen to too many good teachers–adjuncts getting axed because their evaluations dipped below a 3.0, grad students being removed from classes after a single student complaint, and so on.

I once saw an adjunct not get his contract renewed after students complained that he exposed them to “offensive” texts written by Edward Said and Mark Twain. His response, that the texts were meant to be a little upsetting, only fueled the students’ ire and sealed his fate. That was enough to get me to comb through my syllabi and cut out anything I could see upsetting a coddled undergrad, texts ranging from Upton Sinclair to Maureen Tkacik–and I wasn’t the only one who made adjustments, either.

am frightened sometimes by the thought that a student would complain again like he did in 2009. Only this time it would be a student accusing me not of saying something too ideologically extreme–be it communism or racism or whatever–but of not being sensitive enough toward his feelings, of some simple act of indelicacy that’s considered tantamount to physical assault. As Northwestern University professor Laura Kipnis writes, “Emotional discomfort is [now] regarded as equivalent to material injury, and all injuries have to be remediated.” Hurting a student’s feelings, even in the course of instruction that is absolutely appropriate and respectful, can now get a teacher into serious trouble.

In 2009, the subject of my student’s complaint was my supposed ideology. I was communistical, the student felt, and everyone knows that communisticism is wrong. That was, at best, a debatable assertion. And as I was allowed to rebut it, the complaint was dismissed with prejudice. I didn’t hesitate to reuse that same video in later semesters, and the student’s complaint had no impact on my performance evaluations.

In 2015, such a complaint would not be delivered in such a fashion. Instead of focusing on the rightness or wrongness (or even acceptability) of the materials we reviewed in class, the complaint would center solely on how my teaching affected the student’s emotional state. As I cannot speak to the emotions of my students, I could not mount a defense about the acceptability of my instruction. And if I responded in any way other than apologizing and changing the materials we reviewed in class, professional consequences would likely follow.

This shift in student-teacher dynamic placed many of the traditional goals of higher education–such as having students challenge their beliefs–off limits. While I used to pride myself on getting students to question themselves and engage with difficult concepts and texts, I now hesitate. What if this hurts my evaluations and I don’t get tenure? How many complaints will it take before chairs and administrators begin to worry that I’m not giving our customers–er,students, pardon me–the positive experience they’re paying for? Ten? Half a dozen? Two or three?

The current student-teacher dynamic has been shaped by a large confluence of factors, and perhaps the most important of these is the manner in which cultural studies and social justice writers have comported themselves in popular media. I have a great deal of respect for both of these fields, but their manifestations online, their desire to democratize complex fields of study by making them as digestible as a TGIF sitcom, has led to adoption of a totalizing, simplistic, unworkable, and ultimately stifling conception of social justice. The simplicity and absolutism of this conception has combined with the precarity of academic jobs to create higher ed’s current climate of fear, a heavily policed discourse of semantic sensitivity in which safety and comfort have become the ends and the means of the college experience.

The press for actionability, or even for comprehensive analyses that go beyond personal testimony, is hereby considered redundant, since all we need to do to fix the world’s problems is adjust the feelings attached to them and open up the floor for various identity groups to have their say. All the old, enlightened means of discussion and analysis–from due process to scientific method–are dismissed as being blind to emotional concerns and therefore unfairly skewed toward the interest of straight white males. All that matters is that people are allowed to speak, that their narratives are accepted without question, and that the bad feelings go away.

So it’s not just that students refuse to countenance uncomfortable ideas–they refuse to engage them, period. Engagement is considered unnecessary, as the immediate, emotional reactions of students contain all the analysis and judgment that sensitive issues demand.