"When people lose everything and have nothing else to lose, they lose it." 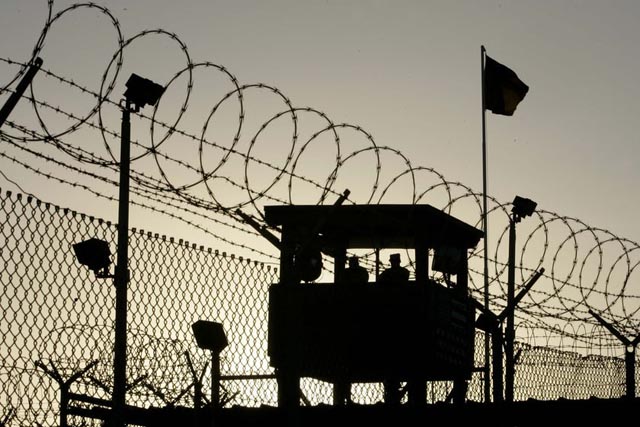 During WW II, loyal Japanese Americans were lawlessly detained. Today, social justice protesters and others wanting change are at risk. Political Washington’s targeting them to assure business as usual continues. Obama’s fully on board.

Obama will sign it into law. The measure ends constitutional protections for everyone, including US citizens. Specifically it targets due process and law enforcement powers.

With or without evidence, on issues of alleged terrorist connections posing national security threats, the Pentagon now supplants civilian authorities. It’s well beyond its mandate.

Militaries exist to protect nations from foreign threats. Its Uniform Code of Military Justice (UCMJ) applies solely to its own personnel as authorized under the Constitution’s Article I, Section 8, stating:

"The Congress shall have Power....To make Rules for the Government and Regulation of the land and naval forces."

In America, state and local police, the Justice Department and FBI are responsible for criminal investigations and prosecutions. No longer on matters relating to alleged national security concerns.

Henceforth, America’s military may arrest and indefinitely detain anyone anywhere, including US citizens, based on suspicions, spurious allegations, or none at all if presidents so order dictatorially.

"I am not sure which is worse: the loss of core civil liberties or the almost mocking post hoc rationalization for abandoning principle. The Congress and the President have now completed a law that would have horrified the Framers."

"Indefinite detention of citizens is something (they) were intimately familiar with and expressly sought to bar in the Bill of Rights."

Other legal scholars agree about all alleged criminals having habeas, due process, and other legal rights in duly established civil courts.

In Hamdan v. Rumsfeld, the Supreme Court held that federal courts retain jurisdiction over habeas cases. It said Guantanamo Bay military commissions lack "the power to proceed because (their) structures and procedures violate both the Uniform Code of Military Justice and the four Geneva Conventions (of) 1949."

Undermining fundamental rule of law principles, it gave the administration extraordinary unconstitutional powers to detain, interrogate, torture and prosecute alleged terrorist suspects, enemy combatants, or anyone claimed to support them.

It lets presidents designate anyone anywhere in the world (including US citizens) an "unlawful enemy combatant" and empowers him to arrest and detain them indefinitely in military prisons.

The law states: "no (civil) court, justice, or judge shall have jurisdiction to hear or consider any claim or cause for action whatsoever....relating to the prosecution, trial or judgment of....military commission(s)....including challenges to (their) lawfulness...."

On June 12, 2008, the High Court again disagreed. In Boumediene v. Bush, it ruled that Guantanamo detainees retain habeas rights. MCA unconstitutionally subverts them. As a result, the administration has no legal authority to deny them due process in civil courts or act as accuser, trial judge and executioner with no right of appeal or chance for judicial fairness.