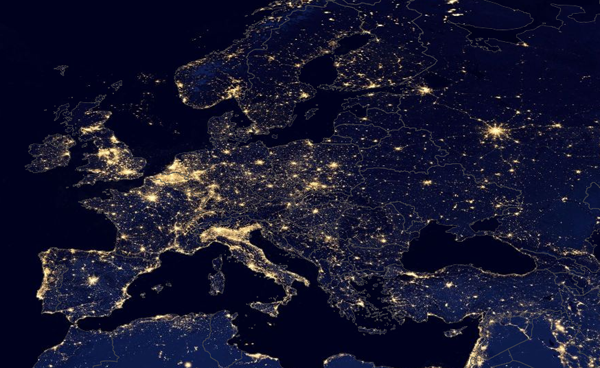 [EuroCanadian.ca] Editor’s Note: The following interview was conducted in the Fall of 2013 with the magazine Le Harfang published in French by Fédération des Québécois de souche. Below is the unpublished English version, part two.

Le Harfang: In The Uniqueness of Western Civilization, you talk about history revisionism, a multiculturalist approach to history. Please, tell us more.

Ricardo Duchesne: Multicultural revisionism is essentially an effort to rewrite the history of the world in such a way that Western Civilization comes to be seen as just one more civilization among many others.

Multicultural revisionism dominates current history writing. It roots go back to the Marxist emphasis on the working classes, their material conditions of life, and their struggles against the exploiting elites. This emphasis evolved into a preoccupation with the “social history” of everyday humans, not workers and peasants only, but the faceless masses generally, who would now be given faces and concrete histories; migrants, foot soldiers, housewives, a whole host of “minorities” neglected by traditional historians, gays, transsexuals, lesbians, children, blacks, etc. This is an egalitarian approach that came to downplay great individuals, or, actually, great men, since almost all the greatest personalities in history have been males. Academics today feel uncomfortable letting their university students (the majority of whom are now females) know that practically every great philosopher, scientist, poet, innovator, or simply, everyone great in the Arts and Sciences, has been a male. And they feel even less comfortable teaching their increasingly multiracial classrooms that these males were overwhelmingly European. They rather talk about the harmful wars and colonial exploits of European males; and while universities cannot ignore altogether the philosophical and scientific achievements of Europeans, otherwise they would have little to teach, the emphasis tends to be on the “progressive” evolution of [European] ideas, which teachers prefer to frame as the ideas of “humans”. The emphasis is also on how these ideas need to be improved upon through further “critical thinking”. History, in other words, is seen to culminate in the ideas of the cultural Marxist professor.

The very notion that Western Civilization was uniquely more creative than the Rest belies the everyday plainness and egalitarianism academics lecture about. Ever since the eighteenth century, Europeans thinkers, Montesquieu, Voltaire, Hume, and Adam Smith, have noted certain crucial differences between the West and the East. One of the most salient contrasts they noted was Europe’s “genius for liberty” and Asia’s “despotic” character. Increasingly, or in recent decades, the so-called “rise of the West” debate has been reduced to the question why Europe industrialized first, or, more broadly, why modern science and industry first emerged in Europe. Historians have gone back in time to ancient Greece or medieval times to answer this question, but essentially the exceptionality of the West has been reduced to why the West rose to industrial and scientific dominance in modern times.

In The Uniqueness of Western Civilization I argue that multiple divergences, successive revolutions, and continuous creativity are the basic peculiarities of the West since ancient times. Within every generation one finds individuals searching for new worlds, new religious visions, and new styles of painting, architecture, music, science, philosophy, and literature -- in comparative contrast to the non-Western world where cultural outlooks persisted for long periods with only slight variations and revisions.

Among the numerous sources I employ is Charles Murray’s, Human Accomplishment, Pursuit of Excellence in the Arts and Sciences, 800 BC to 1950, where we are informed, through meticulous statistical analysis, that ninety-seven percent of accomplishment in the sciences occurred in Europe and North America from 800 BC to 1950. We are also informed that in the Arts Europe alone produced a far higher number of great works than the rest of the world combined. More recently, I observed that around ninety-five percent of all explorers in history were European. It is my claim that the ultimate roots of this creativity should be traced back to the aristocratic warlike culture of the Indo-Europeans.

Well, everything about this interpretation runs counter to the multicultural obsession with egalitarian diversity; how could it be that the highest achievements of mankind were rooted in the culture of aristocratic warlike Indo-European (aka Aryan) males! Don’t expect any funding for such a project. Fortunately, humans tend to appreciate, or, at the least, respect greatness even if they don’t understand it, and so my students (mind you I teach in a mostly Anglo-ethnic university) have been quite welcoming of these ideas.

Le Harfang: You mention that in regards to history, there is a blatant double standard when it comes to treating Whites and non-Whites, can you give an example?

RD: Since Europeans have been the most successful imperialists and colonizers, as well as the progenitors of all the ideas critical of these activities, they have been condemned far more by “critical thinking” Whites for these activities. Non-Whites are seen as victims; in fact, many today argue that non-Whites have every reason to migrate into and takeover White countries as a measure of justice for what they suffered under European colonialism. At the same time, the imperialistic activities of non-Whites are condemned far less, or seen as examples of their vitality and creativity. Over and over again, one encounters Western-educated historians celebrating the empire-making glories of the Mongols, Chinese, Zulus, and Aztecs. These same historians will reprove or cynically portray the imperial activities of the Spaniards, the French and British.

Having said this, I don’t accept the view that all powerful countries and empires have been equally inclined to engage in expansionary activities against their neighbors. Modern China did engage in colonial activities, extracting vital resources from adjacent peoples and lands; nevertheless Europeans were an exceptionally warlike people in a deeply rooted way, going back to their prehistoric days as Indo-European horse-riders and pastoral peoples. Europe produced more conquerors than any other civilization, as well as explorers; in contrast, Chinese imperialism, for example, was mainly “demographic”, driven by mass population movements, leading to the gradual colonization of non-Chinese lands by Chinese migrants seeking new frontiers for survival; we don’t have too many records of great Chinese conquerors crossing seas and oceans in search of glory as we do in the case of Europeans. There is no denying that other peoples, who came from the steppes like the Turks, Mongols, and Huns, were successful warriors in the conquest of lands. But overall, the Europeans were the most successful in the long span of history, creating one empire after another, exploring, discovering, and imposing their will across the whole world.

But the same aristocratic libertarian spirit that drove Europeans towards the highest, the noblest, and the heroic in warfare, also led them to value individuality and freedom; hence the “rise” of the West cannot be abstracted from the special history of the Greek and Roman assemblies of citizens; the parliaments, municipal communes, universities, and estates of the medieval era, the reading societies, salons , journals and newspapers of the Enlightenment; the political parties, trade unions, and nationalist groups of the 19th century. This is the tragic character of European history, and it is no surprise that the Greeks invented tragedy as a literary form. Everything great in this world has come through immense hardship and endurance; those individuals who reached the highest peaks did so through sacrifice and usually short lives.

The development of aristocratic individualism into democratic individualism is a long complicated history. The modern West is the only civilization to have nurtured, recognized, and protected the rights of all individuals to self-expression, freedom of speech, religious dissent, and representative bodies, as well as to show understanding and appreciation of other people’s cultures while challenging its citizens to revise/reform those values of their society seen as incompatible with the ideal of individual self-determination.

Read the full article at: eurocanadian.ca
Tune in: