Apr 17, 2014 By Henrik Palmgren | redice.tv
We’re sad to hear the news about the death of Michael Ruppert.
Rest in Peace.

From Collapse Network, which is being constantly updated with new information: 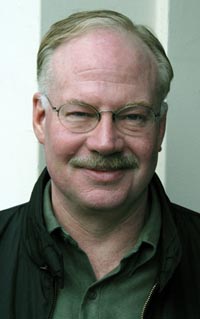 There is absolutely no doubt or question about it, Mike Ruppert took his own life.

Rest in Peace, my brother.

I have been informed that MCR has committed suicide. I am devastated, and very, very sad...

PLEASE DO NOT SPREAD SPECULATION!

MCR was my friend, my client (I was his attorney) and business partner in CollapseNet. We will gather and report THE FACTS about MCR’s death, and nothing else. On my honor, the truth of MCR’s death WILL BE TOLD, and his memory will be honored.

Media inquiries should come right here, to me, via ceo@collapsenet.com.

Rest In Peace Mike. I am so sorry that you are gone. You fought the greatest of fights, you opened thousands of eyes and you have earned your place in history, and in our hearts.
CollapseNet.com

Until 2006, he published and edited From The Wilderness, a newsletter and website covering a range of topics including international politics, the C.I.A., peak oil, civil liberties, drugs, economics, corruption and the nature of the 9/11 conspiracy.[9][page needed] He served as president of Collapse Network, Inc[10] until he resigned in May 2012, when he gave 35 percent of his 55 percent share back to the company’s founders.[11][12] He hosted The Lifeboat Hour[13] on Progressive Radio Network until 2014.[14]

Ruppert was the author of Crossing The Rubicon: The Decline of the American Empire at the End of the Age of Oil. He was the subject of the 2009 documentary film Collapse, which was based on his book A Presidential Energy Policy and received the New York Times’ "critics pick".[4][2][5] In 2014, VICE featured Ruppert in a 4-part series titled Apocalypse, Man.[15]

On April 13, 2014, Ruppert was found dead of an apparent suicide. According to his business partner, Ruppert shot himself in the head after taping his final broadcast of The Lifeboat Hour.