Apr 4, 2016 Source: newobserveronline.com
More than 5,000 sub-Saharan Africans landed in Italy last week, and coast guard monitors are predicting another 10,000 this week—an indication that the cross-Mediterranean route of attack is now once again in full swing.

Intelligence sources quoted by the media in Austria have confirmed that the government is now bracing for a renewed invasion over the “Alpine route.” 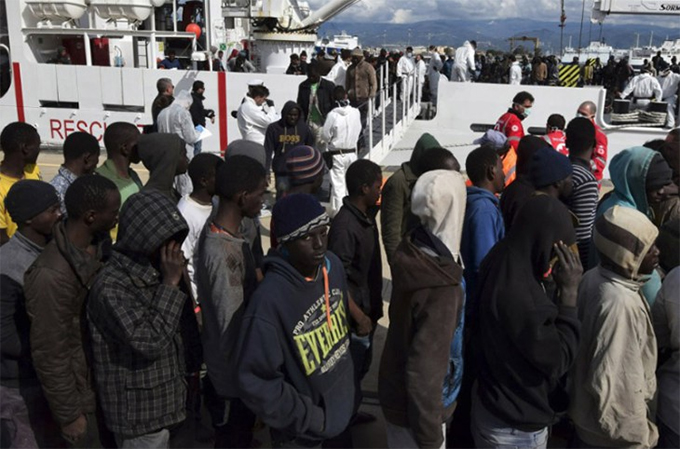 According to a report in Austria’s Kronen Zeitung newspaper, the threat of over 10,000 Africans invading Italy per week—and then moving up into Austria and Germany—has triggered an “alarm” amongst Austrian authorities.

As a result, the Austrian government has already started placing troops at the Brenner Pass with Italy.

“The weather in the Mediterranean is now good, and a very large number of boats have been spotted leaving the North African coast for Italy,” the Kronen Zeitung quoted a military intelligence source as saying.

The European Union’s border protection service, Frontex, and its allied NATO patrol vessels are still barred from intercepting the boats and turning them back—as would be the case under any normal political setup.

Instead, they are limited to merely reporting the presence of the boats and can only intervene if the vessels start sinking.

Then the invaders are rescued, taken on board, and ferried the rest of their way to Europe in comfort.

“In any event, none of these people are war refugees,” the military source told the Kronen Zeitung.