[*Update*: These Robert Holmes/LIBOR testimony links have remained unconfirmed by mainstream sources. We will keep an eye on the wires to see if these allegations prove true. As always, it is up to the reader to decide what they believe about the issues presented.
~RedIceCreations.com ] 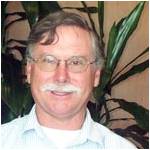 Job Occupation. Senior Lead Scientist at Fair Isaac. He spent his entire life in the financial and credit services. His educational background shows exceptional emphasis on Mathematics. He has an extensive educational background. It is reported that he was about to go before Congress to testify against a banking scandal. Robert Holmes current position with FICO involves him handling Fraud.Now for those of you who don’t know FICO is a company that gives credit scores to Businesses and individuals. These credit scores helps Banks and others make complex decisions that involve investing. They come up with these credit scores and ratings by doing extensive analyzing and research. Then FICO provides this information to large companies.
Prior to Robert Holmes career at Fair Isaac he was developing Software. He was the Senior Staff Assistant at HNC Software. He worked there for two years. This company’s purpose is to provide different businesses with solutions to create growth and increase profit. The software that Holmes developed at HNC compiles research and data. With this information it helps the executives at major companies including retail create plans that will help their service, customer satisfaction and more. Robert Holmes describes his special emphasis on research and analysis that he has developed over his years of work experience.

Batman Connections,Robert Holmes And The LIBOR Scandal
From: GovtSlaves.info

In the movie the Dark Knight Rises there is a threat and warning that is given to Bruce Wayne by Selena Kyle. As she is dancing with him at a party she purrs in his ear, “There’s a storm coming Mr. Wayne. You and your friends better batten down the hatches. ‘Cause when it hits, you’re all goanna wonder how you ever thought you could live so large, and leave so little for the rest of us.”

As the film continues we begin to see that the rich are losing their grip on Gotham and the people learn that their government has betrayed them. That they had propped up a hero in Harvey Dent (a lawyer and politician) and jailed many people in his name fighting for his cause. The leader who rises up against the bankers and the elite is Bane.

The masked figure leads a rag tag group of men into Wall Street. Bane leads an organized system of violence against the wealthy, evoking a similar theme once seen in reality by Occupy Wall Street. Bane’s henchmen literally attack Wall Street, savagely beat the rich, and promise the good people of Gotham that ‘tomorrow, you claim what is rightfully yours. The movie is a damning indictment of the anti-corporate movement and the threat of social chaos it poses.

Bane’s plot involves a massive transfer of wealth using the stock exchange. It consists further of inciting civil unrest and taking control of cutting-edge technologies that use an algorithm precisely tracked to Bruce Wayne. They use the software to gut the fortunes of the rich.

Christopher Nolan’s Dark Knight Rises is a very dark and foreboding predictive programming of what could happen if there was such statistical data available to undermine the 1 percent and send them into the streets where the rebellious are already there to eat them.

There would be massive unrest and as seen in the film a war between the people and the police. There are many critics who are claiming that Christopher Nolan’s epic is the sounding of the warning bell and that there awaits an organized puppet master anarchy that will topple the government by exposing and gutting the fortunes of the elite. The only thing is that in real life it is done on streets and there is no sound track of evil drums pounding out the battle between the haves and the have nots.

The Dark Knight Rises seems to acknowledge systemic inequality and injustice, even if it portrays a demagogue hijacking legitimate grievances. It also shows that even when someone like Bane hands over the reins of power to the people – the people really do not know what to do with that power and so anarchy becomes the “bane” of Gotham’s existence.

As I was watching the Dark Knight Rises I never really applied any political substance to it. I only saw it as a bit of predictive programming and a believable scenario as to how it all begins.

It begins in a software company where a programmers design statistical software that can track and monitor the spending of some of the richest people in the world. The software is being used by an unnamed agency that has been paid to expose the corruption of a beloved politician that everyone can agree is a savior or messianic figure.

The threat goes out that there will be an exposing of fraudulent practices, which include identity theft, credit card fraud, securities fraud and a number of other practices that the elite do in order to bilk the poor for their money. There is also a sub plot where the software company is about to take their findings to the Supreme Court and expose all of the so called political heroes. This would create riots in various cities. It may even cause marauding shooters to show up in places where they can create mass casualties.

Let’s suppose intelligence is aware of the threat and issues a declassified memo from the department of homeland security warning law enforcement that there is a danger of terrorists killing people in movie theaters.

All that is needed it’s the catalyzing event and immediately the police state is activated and we begin to see flash riots take place in cities and civil unrest brewing under the radar.

The truth maybe stranger than fiction, as we look at the stories that surround the main story of a so called brainwashed lone nut James Holmes who opens fire at a movie theater in Aurora Colorado and his connections to both neuroscience and ‘Super soldier’ or ‘Peak Soldier performance’ experiments and a father that works for a software company that analyses fraud for business.

According to his LinkedIn profile, James Holmes’s father, Dr. Robert Holmes, who received a PhD in Statistics in 1981 from the University of California at Berkeley, worked for San Diego-based HNC Software, Inc. from 2000 to 2002. HNC, known as a “neural network” company, and DARPA, beginning in 1998, have worked on developing “cortronic neural networks,” which would allow machines to interpret aural and visual stimuli to think like humans.

Robert Holmes brief bio at linked in states the following: “My educational background is in Mathematics and Statistics. My experience over the last 10 years at HNC and FICO has been in developing predictive models for financial services; credit & fraud risk models, first and third party application fraud models and internet/online banking fraud models.”

How interesting and coincidental is it that in the film The Dark Knight Rises Bane gets his hands on Software that is used to expose the fraud in Wall Street and literally guts the rich?

It is just too coincidental to not be eerily synchronistic. This software has been said to be able trace the Trillions of Dollars that have just vaporized into thin air. All of the spending in theory could be traced to the exact bank accounts of the elite thugs who have stolen it.
Now these Software insiders who may have information to nail corrupt officials have always wound up being fingered by intelligence agencies and many have died mysteriously.

Read the full article at: govtslaves.info