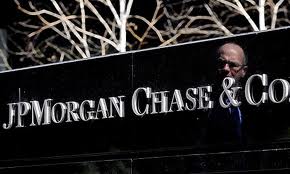 Bernie Madoff has said all along that JP Morgan knew about – and knowingly profited from – his Ponzi schemes.

So JP Morgan has agreed to pay the government $2 billion to avoid investigation and prosecution.

While this may sound like a lot of money, it is spare sofa change for a big bank like JP Morgan.

It’s not just the Madoff scheme.

Here are just some of the recent improprieties by big banks:

Laundering money for terrorists (the HSBC employee who blew the whistle on the banks’ money laundering for terrorists and drug cartels says that the giant bank is still laundering money, saying: “The public needs to know that money is still being funneled through HSBC to directly buy guns and bullets to kill our soldiers …. Banks financing … terrorists affects every single American.” He also said: “It is disgusting that our banks are STILL financing terror on 9/11 2013“ [...]

Read the full article at: intellihub.com