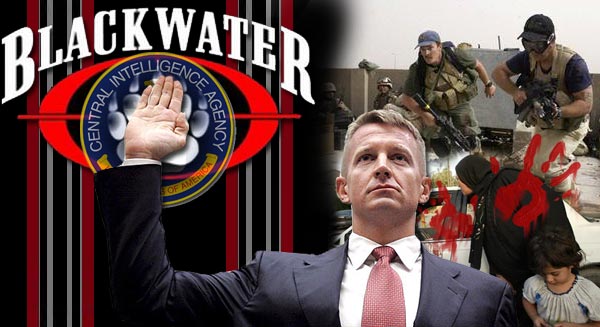 A couple of hours ago the news came out that Federal District Judge Ricardo Urbina has dismissed all charges against five guards from US security firm Blackwater over the killing of 17 Iraqis in Nisoor Square, Baghdad, in 2007.

While the five Blackwater contractors and their parent firm (now renamed Xe Services) are undoubtedly relieved the overall private security sector should refrain from cheering because this is not good news for them.

To understand why, go back to the days after September 16, 2007, when 17 Iraqis were killed and at least 18 wounded in Baghdad as Blackwater contractors were escorting a convoy in the western Baghdad district of Mansour near Nisoor Square.

Blackwater claimed the convoy was attacked by armed insurgents. A spokesman for the U.S. embassy said that the shooting occurred after a car bomb exploded while U.S. diplomats were nearby.

U.S. military reports from the scene indicated that Blackwater guards opened ﬁre without provocation and used excessive force against Iraqi civilians. A New York Times article noted that the cascade of events began when a single bullet apparently ﬁred by a Blackwater guard killed an Iraqi man whose weight probably remained on the accelerator and propelled the car forward. The car continued to roll toward the convoy, which responded with an intense barrage of gunﬁre in several directions, striking Iraqis who were desperately trying to ﬂee.

Minutes after that shooting stopped, a Blackwater convoy--possibly the same one-- moved north from the square and opened ﬁre on another line of traffic a few hundred yards away, in a previously unreported separate shooting.

Reportedly American investigators were told that during the shootings at least one Blackwater guard continued ﬁring on civilians while colleagues urgently called for a cease-ﬁre. At least one guard apparently also drew a weapon on a fellow guard who did not stop shooting.

Reportedly FBI agents found that at least 14 of the shootings were unjustiﬁed and violated deadly-force rules in effect for security contractors in Iraq.

Some in the industry believe that the past immunity Blackwater received from its State Department contract encouraged it to emphasize its mission--the protection of its clients--to the exclusion of all other considerations: a sort of "shoot ﬁrst, ask questions later" attitude.

Such an attitude has been criticized even by other parts of the government. Secretary of Defense Robert Gates said in a news conference that the mission of many contractors in Iraq--to protect their U.S. government employers regardless of other consequences--was:

at cross-purposes to our larger mission in Iraq. As I see it, right now those missions are in conﬂict, because in the objective of completing the mission of delivering a principal safely to a destination, just based on everything I've read and what our own team has reported, there have been instances where, to put it mildly, the Iraqis have been offended and not treated properly.

The State Department reportedly overlooked repeated warnings from U.S. diplomats in the ﬁeld that guards were endangering Iraqi civilians and undermining U.S. efforts to win support from the population.

It did not help Blackwater when the press reported that the State Department interceded in a congressional investigation of Blackwater, ordering the company not to disclose information about its Iraq operations without approval from the Bush administration.

The State Department official, Kiazan Moneypenny, wrote Blackwater vice president Fred Roitz to "advise" him of Blackwater's obligations under the State Department's contract. Among them was this statement: "All documents and records (including photographs) generated during the performance of work under this contract shall be for the sole use of and become the exclusive property of the U.S. government." These obligations, according to the contract, exist in perpetuity, not just until the contract expires. As a result, Moneypenny told Roitz to make "no disclosure of documents or information generated under [the contract] unless such disclosure has been authorized in writing by the Contract Ofﬁcer."

But Rep. Henry Waxman (D-CA) pointed out that the State Department has no authority to compel Blackwater to obstruct a congressional investigation, unless President Bush is prepared to say that the terms of Blackwater's contracts or its operational doctrine is covered under executive privilege.

Initially, until it became apparent that it was a public relations farce, the FBI team traveling to Iraq to assist in the investigation was supposed to be guarded by Blackwater. However, the State Department realized that the ensuing conﬂict of interest would be too egregious and said that security for the team would be handled by the department's Diplomatic Security Service.

Another development took place October 29, 2007, when it was revealed that potential prosecution of Blackwater guards may have been compromised because the guards received immunity for statements they made to State Department Bureau of Diplomatic Security officials investigating the incident, even though they did not have the authority to do so. Prosecutors at the Justice Department, who did have such authority, had no advance knowledge of the arrangement.

It is this last development which is most relevant to today's news. In his 90-page opinion Judge Urbina wrote:

Beginning on October 14, 2009, this court convened a Kastigar hearing to explore whether the government had made any use of compelled statements during its prosecution of the defendants. During this hearing, which spanned three weeks, the parties presented testimony from twenty-five witnesses, including the government's entire prosecution team, the lead FBI agents in charge of the investigation and all five defendants. The parties offered hundreds of exhibits into evidence and submitted voluminous pre- and post-hearing memoranda.

From this extensive presentation of evidence and argument, the following conclusions ineluctably emerge. In their zeal to bring charges against the defendant in this case, the prosecutors and investigators aggressively sought out statements the defendants had been compelled to make to government investigators in the immediate aftermath of the shooting and in the subsequent investigation. In so doing, the government's trial team repeatedly disregarded the warnings of experienced, senior prosecutors, assigned to the case specifically to advise the trial team on Garrity and Kastigar issues, that this course of action threatened the viability of the prosecution. The government used the defendants' compelled statements to guide its charging decisions, to formulate its theory of the case, to develop investigatory leads and, ultimately, to obtain the indictment in this case. The government's key witnesses immersed themselves in the defendants' compelled statements, and the evidence adduced at the Kastigar hearing plainly demonstrated that these compelled statements shaped portions of the witnesses' testimony to the indicting grand jury.

The explanations offered by the prosecutors and investigators in an attempt to justify their actions and persuade the court that they did not use the defendants' compelled testimony were all too often contradictory, unbelievable and lacking in credibility.

In short, the government has utterly failed to prove that it made no impermissible use of the defendants' statements or that such use was harmless beyond a reasonable doubt.

Accordingly, the court must dismiss the indictment against all of the defendants.

Because the charges are being dismissed, on what will be widely viewed as a technicality, there will be no trial and thus the central issue, whether the Blackwater guards were innocent or guilty of killing unarmed civilians will never be examined.

This is not good news for an industry which is already, if mostly erroneously, widely viewed as being able to literally get away with murder. It will also make the U.S. government, which has taken some noteworthy steps in recent years, to ensure real oversight and accountability of private security contractors, look like "listen to what I say, not what I do" hypocrites. Bear in mind that this was the most widely investigated and publicized case of shootings by private security contractors in Iraq to date. None of the others have had nearly as many resources devoted to it. If the U.S. government can't even get its act together to bring this case to trial why will anyone believe it can do any better in any other case?

The Nisoor Square killings were one of the iconic moments of the Iraq war, much like the photos of the infamous Abu Ghraib torture and abuse. The fact that nobody was ever brought to account for it, aside from some low level MPs, proved a potent recruiting tool for insurgents.

And the fact that the Blackwater contractors are not getting a trial will only serve to further increase suspicion of and hostility towards security contractors. It is going to be even more difficult for them to gain the trust of local populations or government officials in the countries they work in.