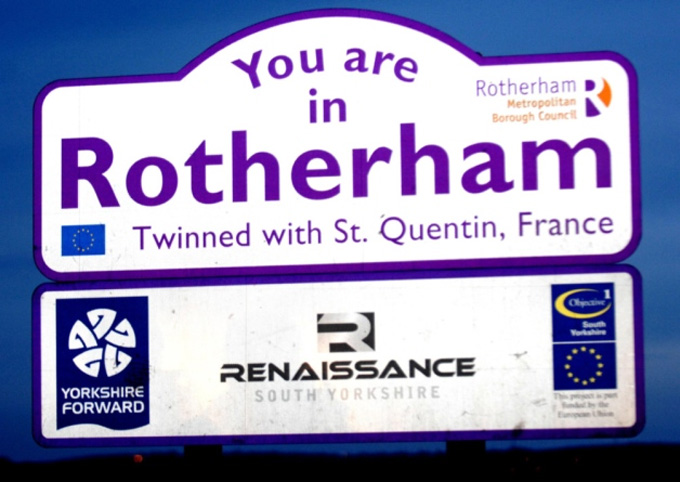 Picture the scene; a taxi is pulled over by an officer from South Yorkshire Police who finds a half-naked 12-year-old in the back of the cab so drunk or drugged that she can hardly stand. When interviewed, the taxi driver is found to have pornographic pictures of the girl on his phone.

The officer hands back the phone and – no doubt with a smart salute and a cheery “Mind how you go sir” – waves the child rapist on his way.

To to do otherwise would be racist, because the taxi driver happened to be Asian, you see. Our police may no longer be much good at protecting the vulnerable, but they are world experts when it comes to respecting “cultural sensitivities”. Isn’t it good to know that all that expensive diversity training has gone to good use?

Four months later, the same child is found naked hiding under a bed in a house occupied by a gang of Muslim men. This time the brave bobbies excelled themselves – they let the gang go free and arrested the girl for being drunk and disorderly.

On two other occasions fathers who turned up at the houses where their children were being gang raped by large groups of men were themselves arrested when they tried to stop the abuse and rescue the children. Makes you proud to be British, doesn’t it?

The most shocking aspect of the Rotherham child abuse scandal is not that the police didn’t do anything – but that they did, in that they actually helped the abusers, as did the ineffective social workers and politicians at the centre of this scandal.

Why? Quite simply because the perpetrators of these crimes were Asian Muslims and, according to the politically correct creed that has been imposed on us, no criticism of Asian Muslims is allowed. The liberal left establishment in this country have constructed a narrative – you might call it a big fat multi-cultural lie – that all cultures are as good as each other and that we all live together in perfect harmony like one huge Coca Cola advert.

Anything that challenges this narrative – even if it is the truth – has to be ruthlessly suppressed.

For example Ann Cryer, the courageous former Labour MP for Keighley, was one of the first to raise the alarm in 2003 when she complained about gangs of Asian pimps recruiting young white girls at the gates of schools in her constituency.

What she said was factually correct, but it didn’t fit in with the multi-cultural narrative, so she was howled down and smeared as a racist and a bigot.

The Keighley abuse was just the tip of the iceberg and since then there has been an epidemic of similar cases in Rochdale, Oxford, Peterborough, Derby, Middlesbrough, Leeds, Bradford, Blackpool, Blackburn, Oldham and Skipton.

If action had been taken on Cryer’s warnings back in 2003 then perhaps the victims in Rotherham and other similar incidents of abuse could have been saved.

But the establishment – the politicians, social workers and the police – refused to listen and refused to act – and anyone who pointed to the racial aspects of the crimes was denounced as a racist.

Take for example Steve Heywood, the assistant chief constable of Great Manchester who insisted after the Rochdale scandal that: “It’s not a racial issue.”

Or Keith Vaz, the oily chairman of the Commons Home Affairs select committee, who said that mentioning the racial aspect of these crimes would “open up a Pandora’s box as far as race relations is concerned and I don’t think that’s necessarily what we want”.

Or the blind obstinacy of Sue Berelowitz, the deputy Children’s Commissioner, who still insists race is not an issue in these crimes despite her own statistics proving otherwise.

What we have seen is a massive establishment cover up. We’ve been lied to time and again. The lives and happiness of 1,400 children in Rotherham alone have been sacrificed on the altar of this giant multi-cultural lie.

The only good thing to come out of the Rotherham scandal is that no one will believe these lies any more. 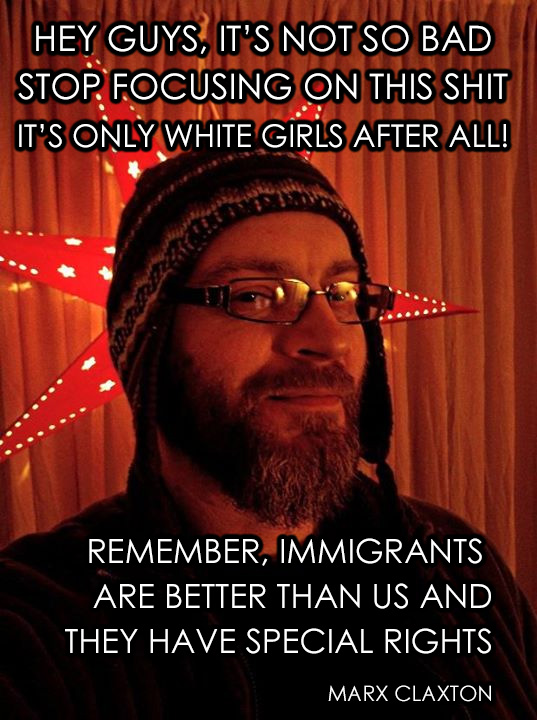