Dec 17, 2013 Source: rt.com
Electronic diaries in hundreds of Lithuanian schools now display “Parent I” or “Parent II” entries where they used to be “mother” and “father”. This comes after the same initiative for kindergartens was abolished over public outrage. 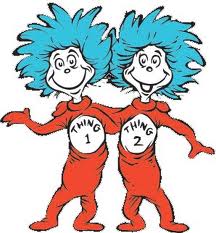 The change in family ways has popped up in the Lithuanian system of electronic school diaries which are filled in by the form master.

The Parent I / II initiative was first introduced in Lithuania by the mayor’s office in the capital, Vilnius, where parents registering their children to kindergartens were forced to fill the relevant entries in the official form. The initiative provoked a debate.

“I just cannot make out which entry I belong to and just which I am: Parent One or Parent Two,” a mother told the Lithuanian news outlet Delfi at the time.

Also, some feminist groups declared the entries for all-women alliances should rather be Mother I and Mother II.

The media scandal that followed the Vilnius Mayor’s office initiative, forced bureaucrats to give up their plans regarding ‘Parent I’ and ‘Parent II’ entries in kindergarten documents. Still, it appears to have resurfaced in schools.

The electronic diaries system, already introduced in around 500 Lithuanian schools, is being administrated by the company Tavo Mokykla. The head of the company, Viktorija Burinskaitė, said the change was implemented in the new version of the diary. ‘Mother’ and ‘father’ columns might return to the final version of the program, she said.