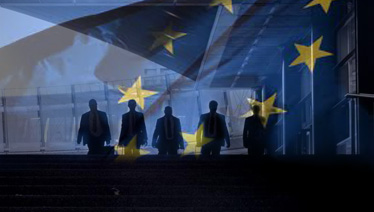 Belgian Member of European Parliament Louis Michel was recently ranked the second worst regarding Data Privacy issues by the LobbyPlag.eu website for submitting 158 amendments that damage online privacy. But Louis Michel had never heard of those amendments. He didn’t even know he submitted them.

In Belgium, Louis Michel is a very famous politician who has been a mayor, a minister, and a respected liberal leader. His son is the current leader of the Belgian French-speaking liberal party (MR, Mouvement Réformateur). Hugely popular, Louis Michel easily became a Member of European Parliament (MEP) in 2009.

But recently, it has been revealed by the website LobbyPlag.eu that Louis Michel has proposed 158 amendments against Data Privacy which looks heavily influenced by industrial lobbies. This makes him the second worst MEP regarding Data Privacy, after the German Axel Voss.

During the day, it was discovered that those amendments have been proposed by his main assistant, Luc Paque (who has been a Belgian senator). Luc Paque openly admitted that he received suggestions from several people and industrial organisations, including FEB and Agoria (both are Belgian industrial associations). Because Louis Michel was not reachable and there was a deadline, he decided to rush the amendments without the consent of his boss, using his boss’ name.

Luc Paque has officially resigned and Louis Michel seems to consider the case as closed.

What this story teaches us is terrifying to multiple degrees.

Read the full article at: falkvinge.com