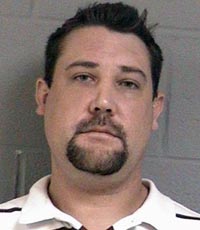 According to NBC Washington, the Shenandoah County Sheriff’s Office said the 33-year-old man, Christopher Johnson, was "met" by the Strasburg school’s staff at 11:40 a.m. before being detained by a resource officer stationed at the school. Johnson was then arrested and taken into custody without incident, police said.

A police spokesman said he was not sure why Johnson entered the school, but said it appeared the man was attempting to deliver a message "related to school safety."

Johnson was charged with disorderly conduct, a misdemeanor, and given a Dec. 28 court date.

There have been reports of other arrests in the wake of the massacre in Newtown. Security has been increased at schools nationwide, and police and parents have been, understandably, on edge.