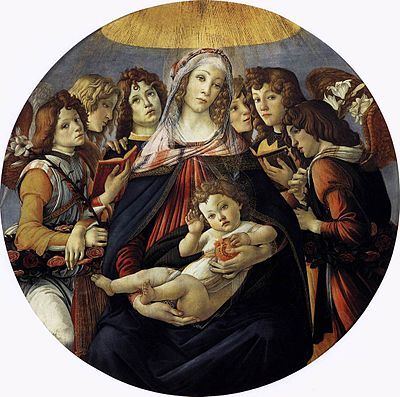 A pious, and ultimately, saintly woman named Ismeria was grandmother to the Virgin Mary, and great-grandmother to Jesus, according to a medieval legend.

Now, an examination of two manuscripts from 14th- and 15th-century Florence, Italy, reveals who exactly the legendary great-grandmother was, telling the story of the woman who gave birth to St. Anne, who became Mary’s mother. The story of her life reflects expectations among Florentines living at that time, according to Catherine Lawless of the University of Limerick in Ireland.

"This article tells us a lot about fourteenth-century Florentine religious beliefs and practices, and nothing about the ’historical family’ of Christ," Lawless wrote in an e-mail to LiveScience.

The story of St. Ismeria’s life, rather, is rich in information on how a pious woman could be expected to live a married and widowed life, Lawless wrote in the Journal of Medieval History in an article posted online on Oct. 6.

According to the legend that unfolds in the manuscripts, Ismeria was a beautiful and devout woman who married "Santo Liseo," a patriarch. On their wedding day, the two made a deal that reconciled marriage with the demands of a pious life.

Ismeria asked that Liseo grant her the holy contemplative life, in which they would stay together in the matrimonial bed one night each month, except for the month of holy fasting, Lawless writes. Liseo agreed to this, and after 12 years, they had a daughter, Anne. Twelve years later, Liseo died and Ismeria prayed that she might join him. Her relatives then took all of her riches, and left her poor, so Ismeria moved into a hospital. While there, she is credited with performing two miracles.

A deaf mute man came into the hospital, and Ismeria asked him, to tell her, in the name of God, where he felt sick. He replied that he was cured, and thanked God. Neither Ismeria nor the man had any money for food, so Ismeria asked for a shell full of water. She prayed, and the shell was filled with fish, enough to feed all the sick in the hospital, who were cured upon eating the fish. She then returned to her room, and God called her to Paradise, Lawless writes.

After St. Ismeria’s death, the Virgin Mary, Jesus Christ, the 12 apostles and others traveled to the hospital to honor her.

There are no clues to the legend’s origins, but it’s possible it was enjoyed more as a story, rather than as an educational text on the life of a saint, according to Lawless.

"Apart from the two miracles performed at the end of the narrative, the emphasis is on penitence and the leading of a good life within marriage," Lawless writes.

Dr. Joye Jeffries Pugh - Eden, The Knowledge of Good and Evil & The Antichrist