"Master Race" A Term Never Used By The National Socialists 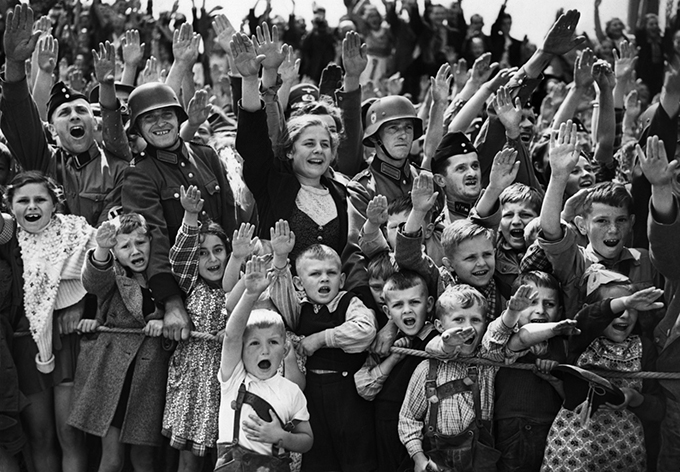 It was assumed at Nuremberg that every word has only meaning and can only be used in one sense, and has, therefore, only one translation. The "translation" is then treated as if it were engraved in stone, by God, on Mt. Sinai, and is introduced into evidence as "proof" of more accusations!

This is like judging a beauty contest, choosing a girl, and then using your own choice as "proof" that the girl you chose is the most beautiful.

For example, I do not believe that "Master Race" is a correct translation of "Herrenvolk".

To start with, "Volk" is not the same as "Rasse", and "Herr" is not necessarily "Master".

For example, the Jews will admit to being a "Volk", but never a "Rasse".

What do you think would happen if you translated the Gettysburg Address into German using "Rasse" instead of "Volk"?

(At any rate, "slave master" in German is not "Herr" anyway, it is "Sklavenhälter".
The word "Sklavenherr" does exist, but it is so rare that it is almost impossible to find on the Internet. The only place I have ever seen it is in a translation from Cicero.)

It is worth noting in this regard that Germany is the only country in Europe which never had anything to do with the trans-Atlantic slave trade and in actual fact has been involved in fewer wars than any other country in Europe.

(Sources: History of the Translantic Slave Trade, by Hugh Thomas;
Social and Cultural Dynamics, by Pyotr Sorokin; A Study of War, by Quincy Wright)

To me, the most obvious meaning of "Herrenvolk" is a nation of people possessing "Volksherrschaft", or popular government (and, presumably, a "Volkswirtschaft", a somewhat nationalist or socialist economy).

The term "Herrenvolk" implies that the "Volk", i.e., the working class, are placed on a level of equality or are identified with the "Herren", i.e., the middle classes, the bourgeoisie; a society in which Volk = Herren.

This was the essential concept of National Socialism: a unification of the Socialist and Nationalist movements: that manual workers and intellectual workers -- "die Arbeiter der Stirne und die Arbeiter der Faust" -- would realize that they needed each other, and treat each other with respect.

"Herr" simply means a gentleman. Naturally, a gentleman may be "master" of something, but this begs the question: "Master of What"? Germany in the 1920s and 30s was not 18th century England or France; it was not Renaissance Italy or the ante-bellum South. A "gentleman" in Germany was not a useless member of a landed aristocracy, losing fortunes at dice and cards, fighting duels with sword and pistol; a German "gentleman" was usually someone who had passed certain state exams and had a claim on prestige by virtue of his education. He usually had very little money, and almost no real power. He may have been "Master" (Herr) in a Master-Servant relationship (Herr-Dienerverhältnis) with a cook or housekeeper, but he was not really a person of any real power. Instead, he had a claim to respect.

"Herr" is a term of respect. To address or describe someone as "Herr" is a compliment.

Generally speaking, there are 5 meanings of the word "Herr".

So, if Herr = Volk, you have 20 possible combinations, count them, where literal translations are concerned.

What is a gentleman? Well, first of all, gentleman is a man, with everything that implies: courage, strength, self-reliance, reliability, acceptance of responsibility. To be a "gentleman" implies, in addition, a certain sense of chivalry, of honour, of self-respect. Thus, to me, a "Nation of Men/Gentlemen" is a nation possessing self-respect, and demanding respect from others. A Nation of Gentlemen is a nation which causes itself to be respected.

In Italy, "un uomo che si fa rispettare" is somebody to be careful of. The same is true of nations.

The National Socialists talked a great deal about "fremde Herrschaft" (foreign rule) and "Zinsknechtschaft" (interest rate bondage). A "Knechtvolk" is a subservient people, a nation of serfs.
A "Herrenvolk" would be just the opposite.

The American equivalent to this concept is expressed by the rattlesnake flag: "Don't Tread on Me".

A gentleman may be "master" of very little in a material sense, but one thing is for certain: he is master of himself. He is independent. He possesses "Selbstbeherrschung" -- self-control. He is "Herr der Lage", master of the situation. He is "Herr im Haus", master in his own house.

To be "master in your own house" means that you will not be kicked around by foreigners.

In the 1943-45 film Kolberg, the most expensive National Socialist film ever made, the mayor of a small town during the Napoleonic wars receives a letter from Napoleon asking him to surrender. Napoleon doesn't consider it worthwhile sending an army after them, so they are conquered by mail order! The mayor, Joachim von Nettelbeck, played by the great German actor Heinreich George, says, "Knecht sein im eigenen Haus, wo man Herr sein könnte" -- "to be a servant in your own house, where you could be the master".

Equivalents in other languages

No one would bomb Spain back into the Stone Age if some Spanish patriot described Spain as a "Pueblo de Señores" (the usual translation into Spanish of "Master Race"). 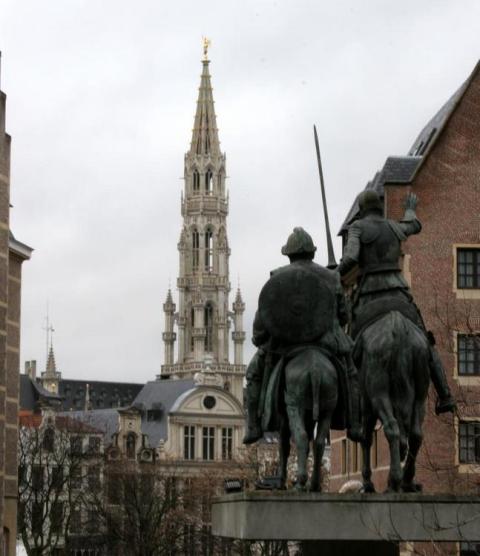