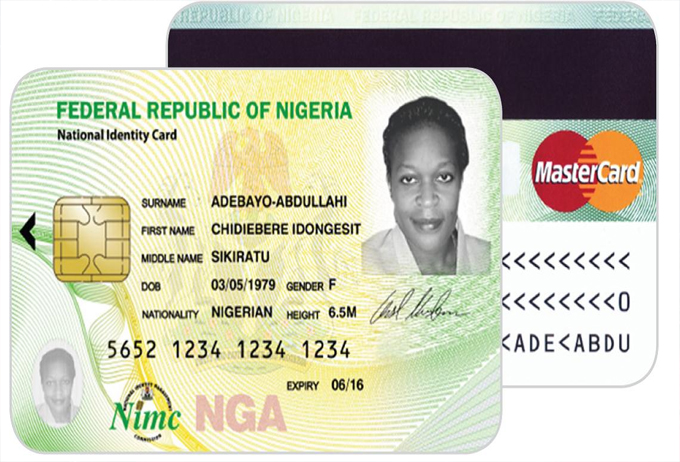 The march toward enslaving the world’s population by a handful of globalist statists and corporations continues, with the latest chapter unfolding, of all places, in Nigeria, compliments of MasterCard.

According to the website GovtSlaves.info, the credit card giant is rolling out a card in Africa’s most populous country that has the ability to retain all personal, health insurance, tax payment and financial records as well as serve as a driver’s license.

Oh, and by 2019, Nigerians will need to have the card in order to cast ballots during election time as well.

It’s all part of a large-scale pilot program introduced by MasterCard and approved, apparently, by the Nigerian government. Annually, some 13 million Nigerians will be participating in the program; however, all Nigerians above the age of 16 -- that’s more than 160 million people -- will be expected to carry the cards by the 2019 target date.

At an official launch in the Nigerian capital of Abuja last week, President Goodluck Jonathan was the first to receive one of the biometric cards, which stores a scan of its owners irises and all ten fingerprints. "The card is not only a means of certifying your identity, but also a personal database repository and payment card, all in your pocket," Jonathan said.

Nigerians will need their ID cards to do just about anything

The Nigerian leader also laid out what he said were the economic benefits of such a card, which comes at no cost to citizens and will provide access to electronic banking services for Nigerians who otherwise likely would have faced difficulties in qualifying for personal loans because they lacked identification.

Granted, Nigeria is not the first nation to launch a biometric identification card that is tied to banking, healthcare and other services. However, the Nigerian experiment is the first time that a major financial institution has been tapped to specifically endorse such an undertaking.

Planners see the MasterCard ID card scheme eventually being used to dole out social benefits and other government entitlements, as well as make deposits and withdrawals, and establish savings accounts through local banks that partner with MasterCard for the new initiative.

The credit card giant is calling the initiative a "financial inclusion project" and, in that sense at least, the project has the potential to distribute government (taxpayer) funded benefits without fear that local officials will skim their share (as in steal) off the top. That means less corruption or, at least, it will make corruption more difficult. However, GovernmentSlave.com reports:

[T]he card has also raised concerns among many Nigerians who worry that the card could compromise their privacy -- by making it accessible either to the government or to a hacker. With a massive trove of information stored on each citizen, the card could pose as an attractive target for cyber-criminals looking for personal information.

Officials with the United Kingdom-based civil liberties NGO Privacy International has voiced concerns about the Nigerian MasterCard initiative, saying that, so far, nothing has been introduced to protect citizens from having all of their private information co-opted by the financial giant.

"Building a vast and expansive identity system with weak protections means, sadly, that it’s going to be abused," said Gus Hosein, executive director of the organization.

Read the rest of the story: naturalnews.com