McGovern: JFK Was Assassinated by the CIA, and Obama May Fear the Same 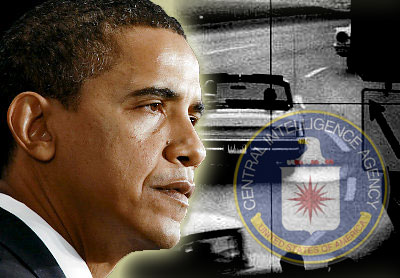 "Raymond McGovern is a 27-year CIA veteran, who chaired National Intelligence Estimates and personally delivered intelligence briefings to Presidents Ronald Reagan and George H.W. Bush, their Vice Presidents, Secretaries of State, the Joint Chiefs of Staff, and many other senior government officials.

McGovern has been a tireless anti-Iraq-war activist and human rights advocate.

McGovern has previously said: “I think at simplest terms, there’s a cover-up. The 9/11 Report is a joke”.

Yesterday, McGovern told reporter Brad Friedman that he believes that the CIA may have assassinated John F. Kennedy.

He further told Friedman that he thinks Obama may be going easy on the CIA for its role in torturing prisoners because he is afraid that if he goes too hard on the CIA, they might assassinate him also."

Exclusive: 27-Year CIA Vet says Obama May be Afraid of the CIA ... For Good Reason...
By Brad Friedman | The Brad Blog

Alluding to the assassination of JFK, long-time high-level CIA analyst says Panetta and the President 'afraid of these guys because these guys have a whole lot to lose if justice takes its course'... 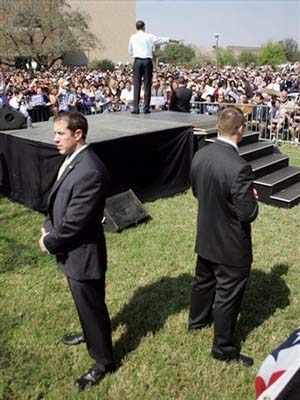 During my interview last night with 27-year CIA analyst Ray McGovern on the Mike Malloy Show (which I've been guest hosting all this week), the man who used to personally deliver the CIA's Presidential Daily Briefings to George Bush Sr., among other Presidents, offered an extraordinarily chilling thought --- particularly coming from someone with his background.

In a conversation at the end of the hour (audio and transcript below), as I was trying to pin him down for an opinion on whether or not he felt it was appropriate for CIA Director Leon Panetta to have reportedly attempted to block a lawful investigation into torture and other war crimes committed by the CIA, McGovern alluded to a book about the assassination of John F. Kennedy, and noted he felt it likely that both Panetta and President Obama may have reason to fear certain elements of the CIA.

"Let me just leave you with this thought," he said, "and that is that I think Panetta, and to a degree President Obama, are afraid --- I never thought I'd hear myself saying this --- I think they're afraid of the CIA."...

McGovern went on to note "the stakes are very high here," in relation to Attorney General Eric Holder's recently announced investigation of the CIA now under the direction of Panetta. "His main advisers and his senior staff are liable for prosecution for war crimes. The War Crimes statute includes very severe penalties, including capital punishment for those who, if under their custody, detainees die. And we know that at least a hundred have, so this is big stakes here."

He then recommended James W. Douglass' new book, JFK and the Unspeakable: Why He Died and Why It Matters.

"He makes a very very persuasive case that it was President Kennedy's, um, the animosity that built up between him and the CIA after the Bay of Pigs, and the Joint Chiefs of Staff, because he was reaching out to the Russians and so forth and so on. It's a very well-researched book and his conclusion is very alarming," the long-time CIA veteran noted in what turned out to be a chilling end to our interview in which he described "two CIAs".

One, he says, was created by President Truman to "give him the straight scoop without any fear or favor. And then its covert action arm, which really doesn't believe --- which doesn't belong in this agency." McGovern referred to that CIA "advisedly" as the President's "own personal gestapo" which acts without oversight by the Congressional committees once tasked to do so.

"And so if you're asking why Obama and Panetta are going very very kid-glove-ish with the CIA, I think part of the reason, or the explanation is they're afraid of these guys because these guys have a whole lot to lose if justice takes its course."