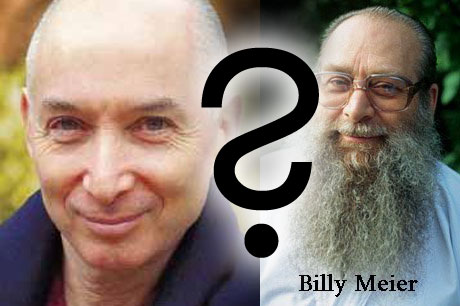 Ed Comment: This article first appeard on prlog.org but has since been removed, but it's still cached via google. Check the related links for much more.

See the respons to this article by Michael Horn: Michael Horn's response to the Derek Bartholomaus and IIG on the Billy Meier case

The Various Claims Of Billy Meier Are Now Made Even More Unlikely. On August 27, 2008 in a public email Michael Horn admitted to posting false and misleading articles on his website in order to try and support the claims of Billy Meier.

The Independent Investigations Group (IIG) is the West Coast’s leading Paranormal Investigations group. One of the more prominent cases that the IIG has looked into is regarding the alleged UFO Contactee, Eduard Albert "Billy" Meier. An individual by the name of Michael Horn is the North American Publicist for Mr. Meier.

These claims include tales that Meier has traveled into the past on a flying saucer and took photographs of dinosaurs.

In January 2007 he claimed that one of these prophecies, which concerned the coming of World War III, had actually come true when four Heads of State died within seven days of each other. The problem with this “prophecy” is that the four Heads of State mentioned in the article did not die within seven days of each other like the “prophecy” claimed that they would.

You can read all about Michael Horn’s admitting to posting false and misleading articles and other claims made by Billy Meier here: http://www.iigwest.org/investigations/meier/index.html