Earlier this year we reported that vast oceans of water could be hiding under the earth’s mantle. Now this theory has more support as scientists have discovered a rare diamond which hints at a great "wet zone" far down within the Earth that might hold as much water as all the world’s oceans put together. 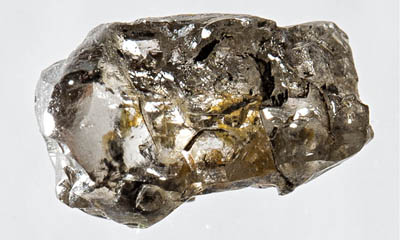 More from Golden Age of Gaia:

One hundred and fifty years ago, in Journey to the Centre of the Earth, French science-fiction forerunner Jules Verne pictured a vast sea that lay deep under our planet’s surface.

Today, that strange and haunting image has found an unexpected echo in a scientific paper. That particular zone in the Earth, the transition zone, might have as much water as all the world’s oceans put together.

Writing in the journal Nature, scientists said they had found an elusive mineral pointing to the existence of a vast reservoir deep in Earth’s mantle, 400 to 600 kilometres beneath our feet.

It may hold as much water as all the planet’s oceans combined, they believe. 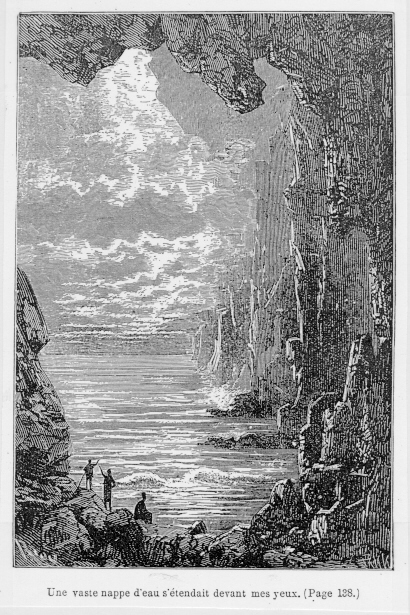 The sea under the Earth’s surface as illustrated by Edouard Riou in Jules Verne’s Journey to the Centre of the Earth.

The evidence comes from a water-loving mineral called ringwoodite that came from the so-called transition zone sandwiched between the upper and lower layers of Earth’s mantle, they said.

Analysis shows a whopping 1.5 per cent of the rock comprises molecules of water.

The find backs once-contested theories that the transition zone, or at least significant parts of it, is water-rich, the investigators said.

“This sample really provides extremely strong confirmation that there are local wet spots deep in the Earth in this area,” said Graham Pearson of Canada’s University of Alberta, who led the research. 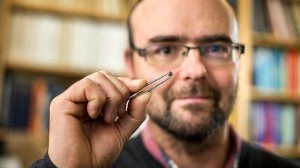 “It was a bit of a piece of luck”: Graham Pearson with the first terrestrial sample of ringwoodite ever found.

“That particular zone in the Earth, the transition zone, might have as much water as all the world’s oceans put together.”