A diminutive robot helped researchers make a substantial discovery during preliminary tests conducted in a tunnel running under the Temple of Quetzalcoatl at the archaeological site of Teotihuacan, the team said Monday.

The team expected to find only one chamber in the last section of the tunnel — but instead, they found three, team leader Sergio Gomez said in a report published by the Mexican newspaper El Universal. The chambers are thought to have been used by Teotihuacan’s rulers roughly 2,000 years ago for royal ceremonies or burials, but they’re so choked with mud and rubble that they haven’t been explored in modern times. 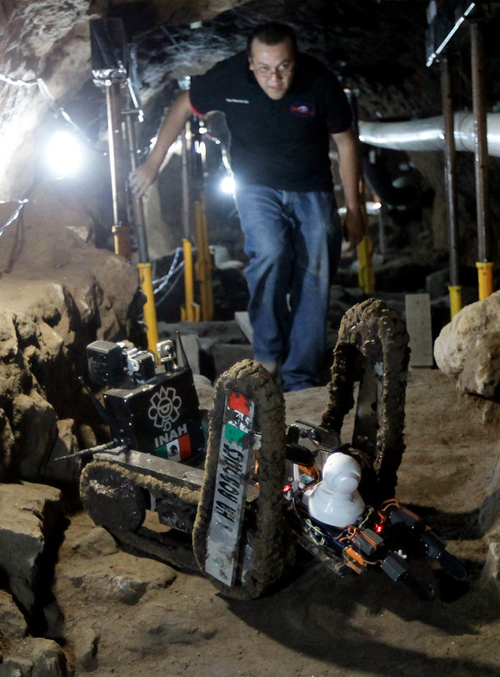 A worker from the National Institute of Anthropology and History walks next to a robot used to explore ruins at the entrance of a tunnel in the archaeological area of the Quetzalcoatl Temple, near the Pyramid of the Sun at the Teotihuacan archaeological site.
That’s where the 3-foot-long (1-meter-long) robot known as Tlaloc II-TC comes in: The robot is designed to drive through the tight spaces leading to the back of the tunnel beneath the Temple of Quetzalcoatl, also known as the Temple of the Feathered Serpent. It’s equipped with a video camera as well as mechanical arms to clear obstacles.

The current project follows up on an earlier round of robotic exploration by Tlaloc II-TC’s predecessor, Tlaloc I, in 2010. (Tlaloc was the Aztec god of rain.)

In 2010, Gomez said there was a "high possibility that in this place, in the central chamber, we can find the remains of those who ruled Teotihuacan." The city was once an influential center of Mesoamerican culture, but little is known about its rulers. Archaeologists have not yet found any depictions of a ruler, or any tomb of a monarch. 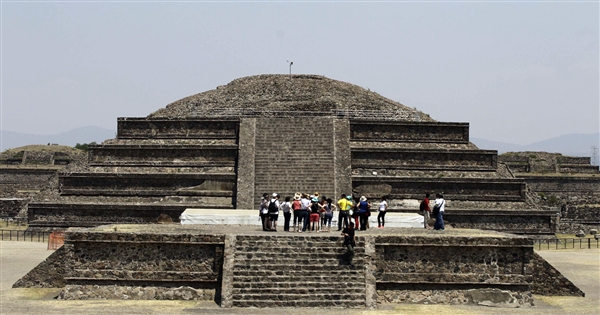 Visitors look on at the archaeological area of the Temple of Quetzalcoatl, near the Pyramid of the Sun at the Teotihuacan archaeological site, about 60 kilometesr (37 miles) north of Mexico City.


Read the full article at: cosmiclog.nbcnews.com 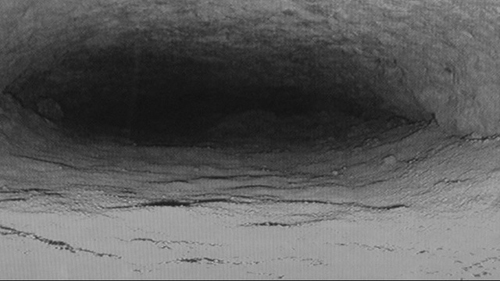