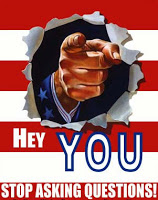 The boy. Abdul Rahman Alharbi. He was here, then he wasn’t.

He was featured in major stories, then he wasn’t.

The Ministry of Truth (controlled media) has no further concerns.

For a few hours, Alharbi was the prime suspect in the Boston bombing. Then he was a person of interest.

Then he was no longer a person of interest, he was severely burned and in the hospital.

Then Secretary of State John Kerry met with Saudi Foreign Minister Saud. Obama met with Saud, too, and with the Saudi ambassador.

Then DHS took away his travel visa and prepared to deport him.

Where is he? Was he deported?

No one seems to know.

Since 2009, though, and long before Michelle Obama visited him in a Boston hospital a few days ago, Alharbi had been to the White House seven times. On several occasions, those visits lasted several hours.

Ten members of the boy’s extended family are named on a Saudi terror list.

According to Glenn Beck, who produced a copy of a form from the US Customs and Border Protection National Targeting Center, Alharbi is designated a 212-3B. This classification translates to: “terrorist connections.” At the least.

The Ministry of Truth doesn’t seem to care what he was doing at the White House.