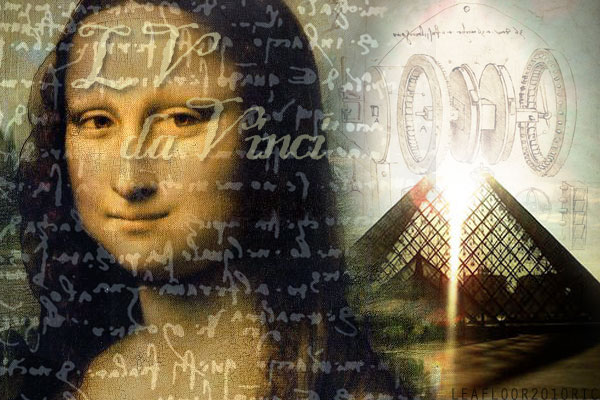 An Italian researcher has sparked new controversy over the world’s most famous painting by claiming Leonardo da Vinci painted tiny letters into the eyes of the Mona Lisa which may finally reveal the disputed identity of his model.

To arrive at a theory worthy of The Da Vinci Code, Dan Brown’s 2003 bestseller, researcher Silvano Vinceti avoided the Mona Lisa’s enigmatic smile and instead gazed deep into her eyes with the help of high-resolution images.

"Invisible to the naked eye and painted in black on green-brown are the letters LV in her right pupil, obviously Leonardo’s initials, but it is what is in her left pupil that is far more interesting," said Vinceti, the chairman of the Italian national committee for cultural heritage.

Vinceti said that the letters B or S, or possibly the initials CE, were discernible, a vital clue to identifying the model who sat for the Renaissance artist. She has often been named as Lisa Gherardini, the wife of a Florentine merchant, but Vinceti disagreed, claiming Leonardo painted the Mona Lisa in Milan. He said he would announce his conclusions next month.

"On the back of the painting are the numbers ’149’, with a fourth number erased, suggesting he painted it when he was in Milan in the 1490s, using as a model a woman from the court of Ludovico Sforza, the Duke of Milan," said Vinceti, who claimed earlier this year that he had identified the lost remains of the painter Michelangelo da Caravaggio.

In The Da Vinci Code, Brown suggests Mona Lisa is an anagram for Amon l’Isa, referring to ancient Egyptian deities.

"Leonardo was keen on symbols and codes to get messages across, and he wanted us to know the identity of the model using the eyes, which he believed were the door to the soul and a means for communication," said Vinceti.

He said that while researching the model’s identity he had been inspired by a 1960s book by a French art historian, which mentions the letters in her eyes.

"Under the right-hand arch of the bridge seen in the background, Leonardo also painted 72, or L2, another possible clue," he added. "Two expert painters we consulted on this tell us that all these marks, painted using a tiny brush and a magnifying glass, cannot be an error."

Is there a Secret Code in the Mona Lisa’s Eyes?

Alan Watt - Priory of Sion, Templars & the science of Life