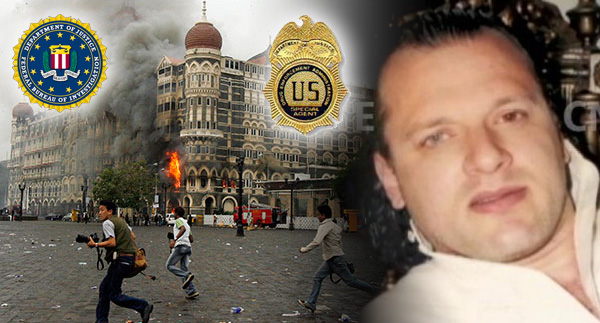 US Federal officials have acknowledged that David Coleman Headley, the US businessman who confessed to being a terrorist scout in the 2008 Mumbai attacks, was working as a Drug Enforcement Administration informant while training with terrorists in Pakistan.

Headley is the son of a Pakistani father and an American mother. He became an informant for the DEA in the late 1990s after he was arrested on heroin charges. His American wife told investigators that he told her he started training with Lashkar in early 2002 as part of a secret mission for the US government.

”I couldn’t say it continued into 2005, but he was definitely an informant post-9/11,” the official said.

Headley was well known both to Pakistani and American security officials long before his arrest as a terrorist. He went to an elite military high school in Pakistan, whose graduates went on to become high-ranking military officers and intelligence operatives. After arrests in 1988 and 1997 on drug-trafficking charges, Headley became such a valued DEA informant that the drug agency sent him back and forth between Pakistan and the US.

Headley’s relationship with the US government is especially delicate because the investigation has shown he also had contact with suspected Pakistani intelligence officials and a Pakistani militant named Ilyas Kashmiri, who has emerged as a top operational leader of al-Qaeda.

Last year, Kashmiri worked with Headley on a plot against a Danish newspaper that had angered Muslims by publishing cartoons of the prophet Muhammad. To advance the plot, Kashmiri put Headley in touch with al-Qaeda operatives in Britain, according to a senior anti-terrorism official.

British intelligence detected the meetings between the operatives, who were under surveillance, and Headley, who surfaced as a figure known as ”David the American”, the senior official said. That led to Headley’s arrest by the FBI last October.

In March, Headley pleaded guilty to charges of terrorism in the Mumbai attacks and a failed plot to take and behead hostages at a Danish newspaper. He is co-operating with authorities. Kashmiri’s network has played a central role in sparking the recent US alert about intelligence that al-Qaeda is plotting ”Mumbai-style attacks” in Europe, US officials told ProPublica, an independent, nonprofit newsroom that produces investigative journalism

”Kashmiri is directly linked to those threats, especially involving Britain and British Pakistanis,” the federal official said. ”There is some linkage to Headley.”

For weeks, US anti-terrorism officials have been alarmed about intelligence that Kashmiri has a network in Europe of about 15 operatives with Western passports, according to two US law enforcement officials. 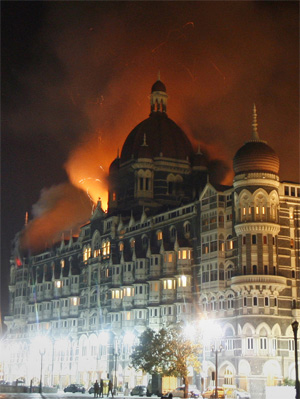 A major newspaper says U.S. agents were warned years before the 2008 Mumbai terrorist attack that an American man was training in Pakistan with the group that carried it out, and helped plan the attack.

The Washington Post says the FBI received the tip about David Coleman Headley from his wife in August of 2005. Citing sources close to the case, it says she told FBI agents that her husband had undergone intensive training with the militant group Lashkar-e-Taiba and was in contact with extremists.

The report, co-authored with the journalism foundation ProPublica, says Headley went to Mumbai five times to scout locations for the terrorist assault on the Indian city.

The attack lasted three days, left 166 people dead and more than 300 others wounded.

The newspaper says the FBI interviewed Headley's wife three times, but that he remained free to travel around the world on the scouting missions. He was not arrested until almost a year after the Mumbai attack, and is now in U.S. custody.

The Washington Post says U.S. anti-terrorism agencies did warn Indian counterparts in 2008 about a possible plot to target Mumbai, but it is not clear if those warnings were based on the tip from Headley's wife.