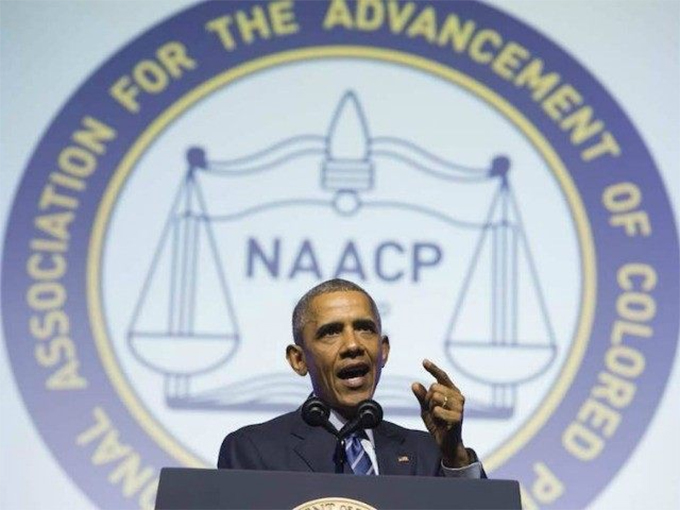 The National Association for the Advancement of Colored People (NAACP) says it’s part of a coalition of leftwing groups planning a second wave of protests and mass civil disobedience scheduled to disrupt Washington, DC later this month.

Many of the participating groups are backed by billionaire George Soros.

The coalition, calling itself Democracy Awakening, is a three-day activist movement that claims it is “coming together to demand a democracy that works for all of us – a nation where our votes are not denied and money doesn’t buy access and power.”

It is the sister movement of Democracy Spring, which is currently in the midst of a 10-day protest march from Philadelphia to DC, with plans for a major escalation in DC on April 11. On that date, the group says it is plotting “one of the largest civil disobedience actions in a generation.” As of this writing, 3,404 activists specifically pledged online to participate in the main civil disobedience event and risk arrest on on April 11 in D.C.

After Democracy Spring begins to wind down, Democracy Awakening plans a second wind of revolutionary energy starting on Saturday, April 16.

Robert Weissman, president of Public Citizen, a group that says it champions citizen interests, is a lead organizer of Democracy Awakening. Weissman told Breitbart News in an interview on Tuesday that the Awakening movement’s specific plans for “direct action” are not yet finalized, but he said it will include civil disobedience and activists risking arrest.

This Presidential election will be the first in 50 years without the full protections of the Voting Rights Act. States with the worst histories of discrimination are pushing for new barriers to block the young, the poor, the elderly and minority voters from the ballot in 2016. Congress has solutions to restore the integrity of the voting process and remove those barriers but has so far failed to act on any of those legislative proposals.

Democracy Awakening is our way of coming together across all faiths, political affiliation, and race and claim a democracy where every voice is heard and every vote counts equally.

Groups signed onto Democracy Awakening include a litany of Soros-financed organizations. Those Soros-financed groups include MoveOn, AVAAZ, Campaign for America’s Future, Common Cause, Democracy for America, Democracy 21, Demos, Institute for Policy Studies, People for the American Way, Project Vote, and UHCAN.

Soros’ Open Society has also given numerous grants to the NAACP.

Democracy Awakening is planning three days of teach-ins, marches, film screenings and even after-parties. The marches aim to “circle the Capitol to call on Congress to stand up for democracy and stop blocking the reforms we need.”

So-called direct action initiatives commence on Monday, April 18, with the coalition dubbing that date the “Congress of Conscience Day of Action.” The day seeks to end the movement through a full day of “non-violent direct action and advocacy.”

Democracy Awakening requires activists who participate in the direct action to “attend a training on Saturday, Sunday, and/or the action briefing on Monday morning.”

Reads Democracy Awakening’s website: “On Monday, April 18th, hundreds will come together for a day of mass civil disobedience to save our democracy; will you be one of them? Together, we’ll push for a Congress of Conscience — one that stands up for our democracy rather than stands in its way.”

We are like two wings of the same bird. We’re part of a united mobilization and the two coalitions have very substantial overlap within the organizations and the leaders and we’re taking responsibility for different part so the mobilizations. We are leading the march from Philly to DC and the start of civil disobedience, and they are leading efforts of rally for democracy.