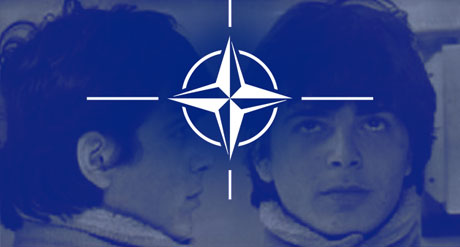 American Nato officers have been renting a villa near Naples for years that belongs, indirectly, to Antonio Iovine, a clan chieftain of the Camorra, the Neapolitan Mafia.

Mr Iovine, 44, nicknamed “o’ninno” — the baby — because of his small stature, is wanted for murder and other crimes, and is listed among the 30 most dangerous criminals in Italy. He has been on the run for 12 years.

According to an investigation that was published in Corriere della Sera yesterday the villa of Mr Iovine may be only the tip of an iceberg. Italian police sources suggested that there were scores of similar cases in the Naples area of Nato service personnel living in houses that were owned by the Camorra. There are several Nato facilities in the area, notably a US telecommunications centre in Bagnoli and the US Air Force base at Capodichino.

“It’s ludicrous, isn’t it? The coffers of Nato, to which Italy also contributes, are helping to fill the coffers of the Camorra,” Franco Roberti, the co-ordinator of the local anti-Mafia bureau, said.

The villa rented by the American officers, near the town of San Cipriano d’Aversa, was bought in 1986 by Mr Iovine’s mother, with what investigators believe were the wages of his criminal activities. Because it is registered in her name, prosecutors have so far failed to present sufficient evidence of its criminal origins.

The two-storey villa is surrounded by a high wall topped by a fence with several video cameras along its perimeter. It is only 18 miles from the US bases.

Colonel Carmelo Burgio, who heads the 1,360 Carabinieri in the Naples area, which is infested by the many family-based clans that make up the Camorra, said: “Last year we succeeded in sequestering €100 million [£79 million] of assets belonging to the Bianco-Corvino clan of the Camorra, including about 50 villas. We then discovered that 40 of these were rented out to Nato personnel. Most of them are still living there, with the difference that the rent, which ranges between €1,500 and €3,000 a month, is now paid into a state fund.”

Colonel Burgio said that the Camorra clans were masters at camouflaging their purchases, which were used to launder illegal earnings. He said that Mr Iovine’s wife, who was arrested in July for extortion and for managing contacts between her husband and other clan chiefs, “has letters from friends saying they gave her as presents everything of any value in her house, furniture, TVs, clothes everything”. There were even hundreds of pairs of expensive shoes, each with a “present note” from a friend.

The military duty officer at the US Embassy in Rome said that he had no knowledge of the situation and declined to comment. Military personnel at the American Joint Forces Headquarters in Naples and at the Capodichino airbase also said that they knew nothing of the matter, and that nobody was available to comment.