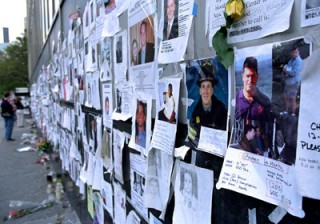 More than 11 years after the catastrophic destruction of the World Trade Center, New York City’s government is finally asking: What in the world could have happened to the missing 1,116 victims?

In every building collapse in history, all of the victims’ bodies have been recovered more or less intact. That is because falling buildings crush human bodies. They do not shred them into tiny pieces, or cause them to vanish into thin air.

Yet on September 11th, 2001, the most famous “building collapses” in history somehow caused the bodies of more than 1,000 victims to magically disappear. Not even a shred of skin, a fragment of fingernail, or a shard of bone from any of these bodies was ever recovered, despite meticulous “sifting and bucketing” efforts.

But that’s not the only mystery. Hardly anything was left of the 1,634 WTC occupants who did not completely vanish. Most of the human remains discovered and DNA-identified were in the form of tiny, shredded pieces, not intact bodies.

What happened to the nearly 3,000 human bodies that were annihilated during the ten-second disappearances of the 110-story Towers? Answer: The same thing that happened to the office furniture, filing cabinets, telephones, computers, and other contents of the Towers. Virtually no remains of these objects were ever recovered, either. They – like the human bodies – were somehow transformed into a mixture of tiny shards and sub-100-micron dust, which floated out to sea and slowly settled into the Atlantic. As one of the sifters-and-bucketers remarked, the biggest piece of office furniture recovered from Ground Zero was a tiny fragment of a telephone keypad.

Now, more than 11 years later, the New York City government is finally acknowledging the mystery. In a memo to the 9/11 victims’ families, NYC official Casey Holloway announced that this Monday, April 1st, the city’s Chief Medical Examiner will begin sifting through 60 truckloads of World Trade Center construction debris at Fresh Kills Landfill on Staten Island. The city says it hopes to find remains of at least some of the 1,116 missing victims.

Unfortunately, the chances of finding remains of more than a few additional victims seem remote. After all, the Twin Towers debris – which amounted to less than 50% of the mass of the Towers (what happened to the rest of the mass?) – was already meticulously sifted and bucketed more than a decade ago. The city’s decision to sift through recent construction debris beginning April 1st bears more than a passing resemblance to George W. Bush’s decision to get down on his hands and knees to look under his desk for the missing Iraqi WMD. Is this some kind of cruel April Fools’ Day joke? 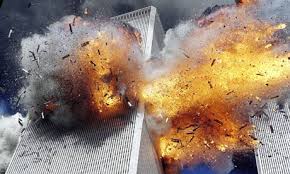 The absence of crushed-but-intact human bodies, office furniture and equipment, and 50% of the Towers’ mass suggests that the Twin Towers did not collapse – they exploded. (See the Youtube film “North Tower Exploding.”) This would explain why tiny human bone fragments were discovered scattered all over the roof of the neighboring Deutsche Bank building in 2006. No simple gravitational collapse, like the one posited by US government’s official NIST Report, could possibly blast human skeletons to smithereens and deposit those smithereens all over the roof of a neighboring building.

Were the Twin Towers, and the thousands of people inside them, blown to bits by explosives? That is what many of the 9/11 victims’ family members believe. Robert McIlvaine, whose son Bobby was murdered in the Twin Towers on 9/11, has stated that roughly half the family members share his suspicion that the Towers were explosively demolished in a false-flag attack. William Rodriguez, the famous 9/11 hero who has spoken to hundreds of thousands of people around the world, is another representative of the 9/11 survivors who asserts that the evidence for “controlled demolition” is an open secret.

Read the full article at: veteranstoday.com

Judy Wood - Where Did the Towers Go?