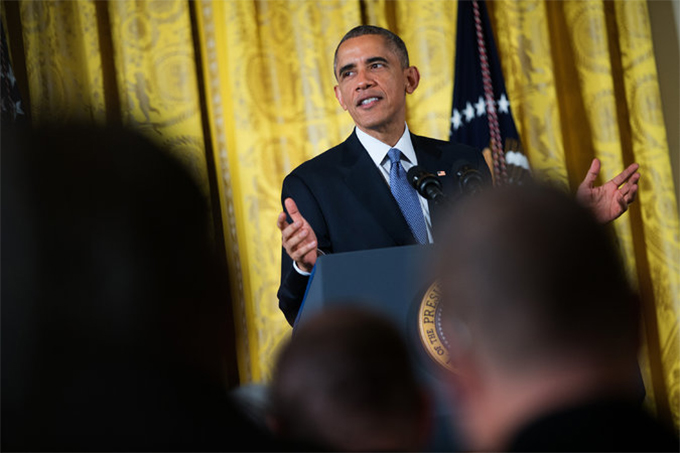 The information superhighway is heading straight into taxpayer-subsidized housing.

The Department of Housing and Urban Development on Wednesday announced an initiative to extend affordable broadband access to families living in HUD-assisted housing.

The project, launching in 27 cities and one tribal nation, is called ConnectHome. (President Obama planned to discuss ConnectHome later Wednesday at the Choctaw Indian reservation in Oklahoma.)

“America’s challenge in this 21st century is to remain the world’s undisputed land of opportunity," said HUD Secretary Julián Castro. “By expanding broadband adoption, ConnectHome will provide more Americans with the same high-speed access to knowledge and opportunity that millions of people already enjoy.”

High speed Internet access would bring news, information, social media and other messaging, including political outreach -- even Obamacare portals! -- into communities that until now have largely gone without such things.

According to HUD, one in four American families still do not access the Internet at home, particularly low-income families with children. HUD says ConnectHome aims to give students the same level of high-speed Internet at home that they have in their classrooms.

Also chosen -- the Choctaw Nation in Oklahoma, where President Obama was announcing the initiative on Wednesday.

HUD says it selected those communities though a competitive process that considered "local commitment to expanding broadband opportunities."

Since 2009 when President Obama took office, the private and public sectors have invested over $260 billion in new broadband infrastructure, and as a result, three in four Americans now use broadband at home, HUD said.

ConnectHome is the next step in Obama's effort to expand high speed broadband to all Americans. It builds on his earlier ConnectED initiative that aims to connect 99 percent of K-12 students to high-speed Internet in their classrooms and libraries over the next five years.