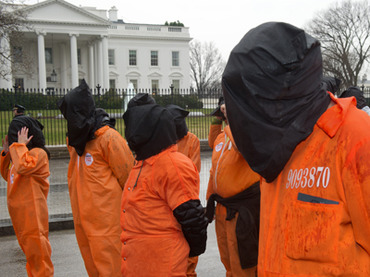 The White House has filed an appeal in hopes of reversing a federal judge’s ruling that bans the indefinite military detention of Americans because attorneys for the president say they are justified to imprison alleged terrorists without charge.

Manhattan federal court Judge Katherine Forrest ruled in May that the indefinite detention provisions signed into law late last year by US President Barack Obama failed to “pass constitutional muster” and ordered a temporary injunction to keep the military from locking up any person, American or other, over allegations of terrorist ties. On Monday, however, federal prosecutors representing President Obama and Defense Secretary Leon Panetta filed a claim with the 2nd US Circuit Court of Appeals in hopes of eliminating that ban.

The plaintiffs “cannot point to a single example of the military’s detaining anyone for engaging in conduct even remotely similar to the type of expressive activities they allege could lead to detention,” Obama’s attorneys insist. With that, the White House is arguing that as long as the indefinite detention law hasn’t be enforced yet, there is no reason for a judge to invalidate it.

Reuters reports this week that the government believes they are justified to have the authorization to lock alleged belligerents up indefinitely because cases involving militants directly aligned against the good of the US government warrants such punishment. Separate from Judge Forrest’s injunction, nine states have attempted to, at least in part, remove themselves from the indefinite detention provisions of included in the National Defense Authorization Act for Fiscal Year 2012, or NDAA.

In section 1021 of the NDAA, the president’s authority to hold a terrorism suspect “without trial, until the end of the hostilities” is reaffirmed by Congress. Despite an accompanying signing statement voicing his opposition to that provision, President Obama quietly inked his name to the NDAA on December 31, 2011.