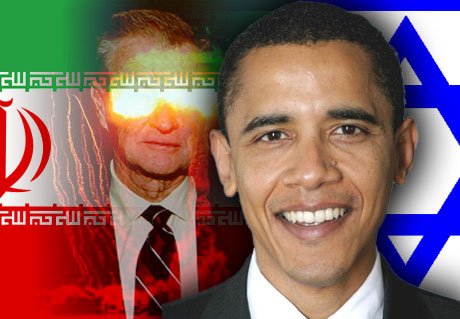 U.S. President-elect Barack Obama's administration will offer Israel a "nuclear umbrella" against the threat of a nuclear attack by Iran, a well-placed American source said earlier this week. The source, who is close to the new administration, said the U.S. will declare that an attack on Israel by Tehran would result in a devastating U.S. nuclear response against Iran.

But America's nuclear guarantee to Israel could also be interpreted as a sign the U.S. believes Iran will eventually acquire nuclear arms.
Secretary of state-designate Hillary Clinton had raised the idea of a nuclear guarantee to Israel during her campaign for the Democratic Party's nomination for the presidency. During a debate with Obama in April, Clinton said that Israel and Arab countries must be given "deterrent backing." She added, "Iran must know that an attack on Israel will draw a massive response."

Clinton also proposed that the American nuclear umbrella be extended to other countries in the region, like Saudi Arabia and the Gulf States, if they agree to relinquish their own nuclear ambitions.

According to the same source, the nuclear guarantee would be backed by a new and improved Israeli anti-ballistic missile system. The Bush administration took the first step by deploying an early-warning radar system in the Negev, which hones the ability to detect Iranian ballistic missiles.

Obama said this week that he would negotiate with Iran and would offer economic incentives for Tehran to relinquish its nuclear program. He warned that if Iran refused the deal, he would act to intensify sanctions against the Islamic Republic.

Granting Israel a nuclear guarantee essentially suggests the U.S. is willing to come to terms with a nuclear Iran. For its part, Israel opposes any such development and similar opposition was voiced by officials in the outgoing Bush administration.

"What is the significance of such guarantee when it comes from those who hesitated to deal with a non-nuclear Iran?" asked a senior Israeli security source. "What kind of credibility would this [guarantee have] when Iran is nuclear-capable?"

The same source noted that the fact that there is talk about the possibility of a nuclear Iran undermines efforts to prevent Tehran from acquiring such arms.

A senior Bush administration source said that the proposal for an American nuclear umbrella for Israel was ridiculous and lacked credibility. "Who will convince the citizen in Kansas that the U.S. needs to get mixed up in a nuclear war because Haifa was bombed? And what is the point of an American response, after Israel's cities are destroyed in an Iranian nuclear strike?"

The current debate is taking place in light of the Military Intelligence assessment that Iran has passed beyond the point of no return, and has mastered the technology of uranium enrichment. The decision to proceed toward the development of nuclear arms is now purely a matter for Iran's leaders to decide. Intelligence assessments, however, suggest that the Iranians are trying to first accumulate larger quantities of fissile material, and this offers a window of opportunity for a last-ditch diplomatic effort to prevent an Iranian bomb.