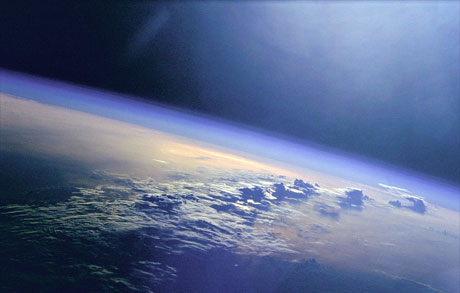 Earth's magnetic field, long thought to be generated by molten metals swirling around its core, may instead be linked to ocean currents, according to controversial new research published this week.

It suggests that the movements of such volumes of salt water around the world have been seriously underestimated by scientists as a source of magnetism.

If proven, the research would revolutionise geophysics, the study of the Earth’s physical properties and behaviour, in which the idea that magnetism originates in a molten core is a central tenet.

Earth’s magnetic field is vital for life, extending tens of thousands of miles into space and protecting the planet against radiation that would otherwise burn away the atmosphere and oceans.

However, its origin was a mystery until early last century when Albert Einstein said understanding the phenomenon was one of science’s most important tasks. This provoked a debate which concluded with scientists agreeing that magnetism must originate in the Earth’s core.

“Everyone accepted this, but in reality there has never been any proof,” said Gregory Ryskin, associate professor of chemical and biological engineering at Northwestern University in Illinois. “It is just an idea we have accepted for a long time without questioning it enough.”

His research suggests that Earth’s magnetism is actually linked to ocean movements. The salt in seawater allows it to conduct electricity, meaning it generates electrical and magnetic fields as it moves.

The findings, published by Britain’s Institute of Physics’s New Journal of Physics, will cause a fierce scientific debate.

Existing theories explain Earth’s magnetism by suggesting that the centre of the planet comprises a white-hot solid iron ball about 1,500 miles in diameter, surrounded by an outer shell of liquid metal a further 1,400 miles thick.

As the liquid iron in that shell is heated by the inner core it becomes less dense and rises upwards, to be replaced by cooler material from above.

The big problem with this idea is that it is almost impossible to obtain experimental evidence because the Earth’s core is so inaccessible. Indirect approaches, such as computer modelling, have thrown up many inconsistencies.

Ryskin approached the problem differently, by looking at the way Earth’s magnetic field undergoes constant changes, growing stronger in some regions and weaker in others. This phenomenon, known as variation, also sees gradual shifts in the locations of the north and south magnetic poles.

Scientists have always linked variation with turbulence in the outer core, but Ryskin suggests it actually correlates with changes in ocean circulation. In the north Atlantic, for example, changes in the strength of currents were matched by sharp changes in magnetic fields.

One idea is that changes in ocean circulation may explain the curious reversals shown by Earth’s magnetic field, in which the north and south magnetic poles suddenly flip over. This last happened 780,000 years ago.

This could also be linked to tectonic plate movements that have shifted the world’s land masses around the globe, forcing ocean currents to adopt entirely new routes.

If Ryskin is right, then climate change, predicted to alter the strength and course of ocean currents, could also alter the planet's magnetic field.

Ryskin emphasises that such suggestions need much more research, but some other physicists have been quick to recognise its implications. Raymond Shaw, professor of atmospheric physics at Michigan Technological University, said it could make “the ruling paradigm of geophysics irrelevant”.

Others are sceptical. Andrew Jackson, professor of geophysics at the Federal Institute of Technology in Zürich, Switzerland, and an expert in planetary magnetism, said the magnetic fields generated by moving seawater would be thousands of times smaller than what is observed. “I think the calculations are wrong,” he said.

Kathy Whaler, professor of geophysics at Edinburgh University, would not comment directly on Ryskin’s work as she had not read it.

However, she said the idea that the Earth’s molten core produced its magnetic field was “well founded”. She said: “We know from seismology what the Earth’s structure is, and that it is likely to contain molten iron at high temperatures flowing around a solid core.”