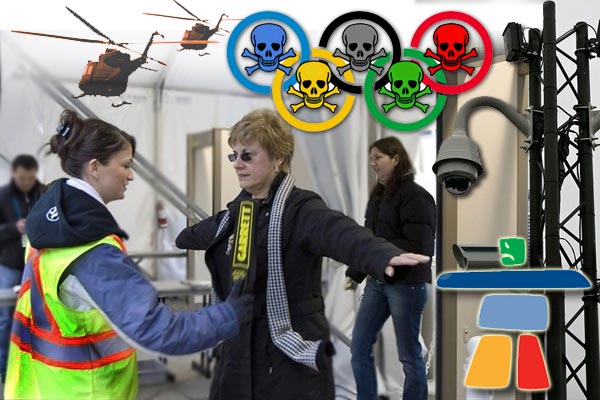 The last time the Olympic Games were held in Canada, the military sent 42 soldiers to operate a logistics and distribution warehouse.

Oh, how times have changed. Back then, the country's solicitor general decided the security threat to the 1988 Calgary Winter Games "was such that security assistance from DND was not required," said a Defence Department briefing note, written in April 2008.

The RCMP and local police made up the security force in Calgary.

It seems quaint now, considering the police in Vancouver will be backed up by Afghanistan-hardened JTF-2 commandos and two battle group-sized formations of regular and reserve troops on land. Many of those troops have already deployed to the mountains and forests overlooking the venues.

There will also be frigates patrolling the waterways, CF-18 jet fighters screaming overhead and high-tech surveillance wizardry in the form of static surveillance balloons that are usually employed on the bomb-laced roadways of Kandahar.

In all, the Canadian military will field 4,500 soldiers, sailors and aircrew out of a total security force of 15,000. The federal and B.C. governments have set aside $900 million for the security operation.

"It makes you nostalgic, then again I get nostalgic every time I go through airport security," said Robert Huebert, a University of Calgary defence expert.

"Calgary 1988 was simpler, but likely a more naive time. There were still people out there willing to kill innocent athletes to make their political point; look at Munich in 1972."

Canadians will not see soldiers standing on street corners, despite the presence of so much firepower. The military's role is to support police and it has a very deliberate mandate to keep a "low profile" throughout the Games, said the commander of the deployment.

Jets and helicopters may be visible occasionally and the warships will be a waterfront deterrent. But the army's vehicle movements will mostly happen during "silent or quiet hours" - in other words at night.

"We want it to be about the athletes and the Games," Rear-Admiral Tyrone Pile, the commander of Joint Task Force Games, said in an interview.

But with the country at war in Afghanistan and in an age of multiple terrorist threats, it's hard to relax.

Pile said security and military planners studied arrangements for all post-9-11 Games, but found the last Olympics before the terrorists strikes was particularly useful. There are many similarities between Sydney and Vancouver when viewed through military eyes. Both are large, culturally diverse urban centres located on major sea ports.

The U.S. State Department has warned American citizens visiting Vancouver for the Games to be vigilant and has reminded sports fans to watch out for Al-Qaeda and other extremists.

Americans have been told to keep a sharp eye out at Olympic venues, but also at other so-called soft targets, "unprotected Olympic venues, open spaces, hotels, railways and other transportation systems, churches, restaurants and other sites not associated with the Olympics."

Pile downplayed the warning, describing it as a "routine advisory."

But the U.S. State Department advisory prior to the 2008 Summer Games in Beijing focused not on terrorism, but on Chinese government surveillance of visitors.

The military is prepared to exercise lethal force, but Pile refused to discuss the specific rules of engagement for soldiers and pilots.

Even before the recent deployment of a humanitarian force to Haiti, it was clear the Games were going to be taxing on the country's over-stretched military.

Pile has given up some helicopters to the earthquake disaster, characterizing the loss as a "small amount of resources." He wouldn't say how many aircraft were diverted.

"It had no impact on my mission or with the Olympic security," Pile said. "I have flexibility within Joint Task Force Games to provide priority resources to other areas."

Defence Department records, obtained by The Canadian Press under access to information, show the military even without Haiti was going to have to put a lot of routine matters on hold and possibly even scale back personnel in some of the smaller peacekeeping assignments.

"We ... are now at the point where some requests that would seem to be minor (beg, for only a few personnel) are, in reality, difficult to source initially and impossible to sustain over the 2010 time frame," says a March 17, 2008, memo to Chief of Defence Staff Gen. Walter Natynczyk.

The top brass in Ottawa have been adamant that the drain on resources would not affect the country's combat mission in Afghanistan.

There is co-operation planned with U.S. forces in the border regions of B.C. and through the North American Aerospace Defense Command, or NORAD, which will handle air security.

Documents obtained under access to information show that the federal cabinet would have to issue a formal diplomatic request to Washington should extra security help be needed.