On the Nature of Four - Jung’s Quarternity, Mandalas, the Stone and the Self 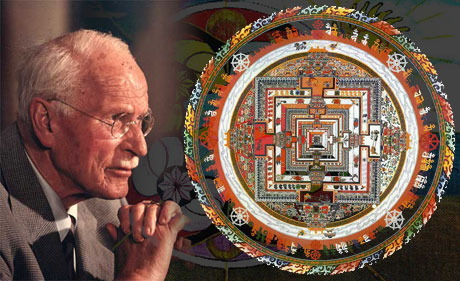 The "squaring of the circle" is one of the many archetypal motifs
which form the basic patterns of our dreams and fantasies. But it
is distinguished by the fact that it is one of the most important
of them from the functional point of view. Indeed, it could even
be called the archetype of wholeness.

During a difficult period in his life in which he withdrew from his teaching position and devoted much of his time investigating the nature of the unconscious, Jung frequently painted or drew mandalas, but only learned to understand the mandala symbology many years after he had begun creating the images.

He understood only that he felt compelled to make the figures and that they comforted him, “Only gradually did I discover what the mandala really is: “Formation, Transformation, Eternal Mind’s eternal recreation”. And that is the self, the wholeness of the personality, which if all goes well is harmonious, but which cannot tolerate self-deceptions” (MDR 195-196). Mandalas are defined by Jung as magic circles, containing certain design motifs that he found to have a universal nature, across cultures and across time, whether they are the transiently created mandalas from Tibet, sand paintings from the American southwest, or illustrations from ancient, medieval, and Renaissance alchemical works.

Jung believes that his mandalas were “cryptograms” of the state of the self as it was on the day the mandala was created. Each mandala that he spontaneously created was different from their predecessors and the paintings were precious to him, he “guarded them like pearls” (MDR 196). He also believes that mandalas appear in connection with dreams, chaotic psychic states of disorientation or panic (CW 9i 645) as they did in Jung’s own life, and that a function of the mandalas is to bring order out of chaos. Edinger agrees, “Quaternity, mandala images emerge in times of psychic turmoil and convey a sense of stability and rest. The image of the fourfold nature of the psyche provides stabilizing orientation. It gives one a glimpse of static eternity.” (Edinger 182). Jung eventually came to believe that the mandala itself is an image of “squaring the circle” and as such could be called an archetype of wholeness (CW 9i 715).

Jung’s continuing practice of drawing and painting mandalas eventually leads him to understand them as symbols of the Self, that they are informed by archetypal forces in the unconscious that the artist is not aware of during the creation of the work.

Working with mandalas, Jung eventually realizes that like the designs he was drawing, his own life had been a series of meandering paths that bent back upon each other and yet always led back to the center. The mandala symbolically represents that path to the center, to individuation (MDR 196). Jung’s later practice of having his patients to spontaneously create mandalas is a prime example of Jung’s own explorations into the unconscious becoming effective tools in his psychiatric practice. In “Concerning Mandala Symbolism” several mandalas painted by some of Jung’s patients are reproduced and his commentary on each shows the universality of the symbolism across the patients’ cultural differences. He doesn’t go into the clinical details of the patients’ therapy but notes that “a rearranging of the personality is involved, a kind of new centering” over time as the mandala-creating process continued. (CW 9i 645). Jung’s reasoning for the similarity in mandala symbols created by his patients is that these symbols and images come from the collective unconscious and are therefore archetypes, or primordial images, which reside in each of us (CW 9i 711). 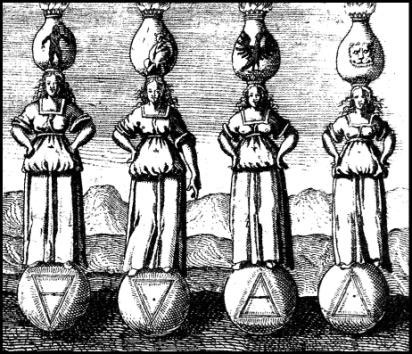 Jung also found that mandalas created by individuals often contain motifs related to the number four, which he terms a “quaternity”. The symbol might be “in the form of a cross, a star, a square, an octagon, etc. A form of this symbol is frequently found in alchemical texts as the “squaring the circle” or quadratura circuli (CW 9i 713). Jung thought that “squaring the circle” was a “problem that greatly exercised medieval minds” and this was also a “symbol of the opus alchymicum because it breaks down the original chaotic unity into the four elements and then combines them again in a higher unity” (CW 12 165). However, Jung is not the first to write about the symbolism of the quaternity as Ellenberger reports:

“In France Fabre d’Olivet had previously written about the same subject in the nineteenth century. However, Jung was certainly the first to relate it so closely to the process of individuation. The mandala is a circular figure ornamented with symbols that is generally divided into four sections. It is well known in India and Tibet, where it was used for centuries by ascetics and mystics to aid in contemplation” (712). 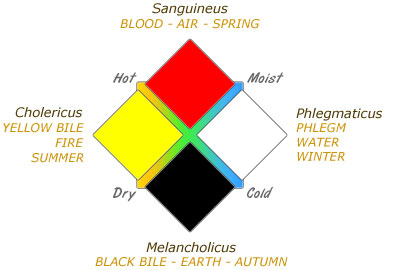 The fourfold symmetry of the quaternity eventually led Jung to study alchemical works and in these he found many examples, such the four main steps in the alchemical process: nigredo (black), albedo (white), citrinalis (yellow), and rubedo (red) (Henderson and Sherwood 5). Alchemical processes have fourfold properties such as hot, cold, wet, and dry while all materials are said to be combinations of the four elements: earth, air, fire, and water. He found that even the alchemical Philosopher’s Stone had a four-fold nature, “The lapis is called a “sacred rock” and is described as having four parts (CW 9ii 143). Elias Ashmole, in his Theatricum Chemicum Britannicum, an 18th century collection of English alchemical texts, he even describes four different Philosopher’s Stones: Mineral, Vegetable, Magical, and Angelical, each with a different functionality (Edinger 264).

Adding a fourth to an already established thee has a transformational effect. In geometry, a fourth point transforms the two-dimensional triad or triangle into a figure with depth, the cube and the tetrahedron (a form lapis). As the mathematician Michael Schneider observes, “There are always four ways (another quaternity) to look at any three-dimensional structure: as points, lines, areas, and volumes, or as corners, edges, faces, and from the center outward (63). Ellenberger notes that “The quaternity can appear as a geometric figure of square or sometimes rectangular shape, or it will have some relation wit the number four: four persons, four trees, and so on. Often it is a matter of completing a triadic figure with a fourth term, thus making it into a quaternity” (712). Jung searches for the quaternity when a trinity is encountered, “Jung over and over again in his writings returns to the alchemical question: “Three are here but where is the fourth?” (Edinger 189). The completion of the quaternity is seen frequently in alchemical works, even whimsically, “All things do live in the three/ But in the four they merry be” (quoted in CW 12 125). 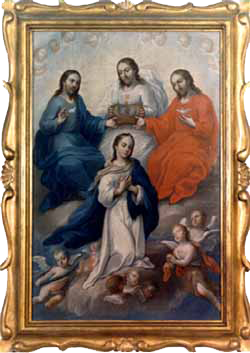 One Trinity that was completed in the last century, with the bodily assumption of the Virgin Mary into heaven (defined as dogma in 1950 by Pope Pius XII), transformed the Christian Trinity into a Quaternity, and one that Jung believes was achieved by the overwhelming insistence of the Catholic masses (CW 9ii, 142). “… the quaternity is the sine qua non of divine birth and consequently of the inner life of the trinity. Thus circle and quaternity on one side and the threefold rhythm on the other interpenetrate so that each is contained in the other” (CW 11 125). Jung believes that this was the most significant religious event since the reformation (quoted in EJ 321).

Another quaternity that Jung develops is that of the four psychic functions: sensing, thinking, feeling, and intuiting. “The essential function of sensation is to establish that something exists, thinking tells us what it means, feeling what its value is, and intuition surmises whence it comes and whither it goes. (CW 6 983). Sensation and intuition he terms irrational types with thinking and feeling are rational types. Jung diagrams the four functions in a basic symbol of the quaternity, as a cross with the irrational functions at right angles with the ration functions. Along with what he terms the two general attitudes, extroversion and introversion, Jung feels that these now eight types provide a useful framework for these psychological concepts (CW 6 987). Jung’s suggestion that his psychological typology could be compared with a trigonomic net or a crystallographic axial system suggests the lapis, or Philosopher’s Stone once again circling back to alchemical concepts (CW 6 987).

During the years that Jung spends drawing and painting mandalas, he comes to understand that “the goal of psychic development is the self. There is no linear evolution; there is only a circumambulation of the self” (MDR 196). If there is one concept about the development of the self, of individuation that is important for those of us in the 21st century caught in a Cartesian-Newtonian notion of reality is that “there is no linear evolution” for this process; that the process is one of circling, rotating, orbiting, circumambulating around the center – we must square the circle. We must create our own mandalas and go where they lead us. As much as we might wish for a clearly delineated way, here is no straight line to follow:

"From the circle and quaternity motif is derived the symbol of the geometrically formed crystal and the wonder-working stone. From here analogy formation leads on to the city, castle, church, house, and vessel. Another variant is the wheel (rota). The former motif emphasizes the ego’s containment in the greater dimension of the self; the latter emphasizes the rotation which also appears as a ritual circumambulation. Psychologically, it denotes concentration on and preoccupation with a centre. (CW 9ii 352).

The circumambulation Jung describes, the process of “squaring the circle” or “circling the square” has an uncertainty built into the journey: do we ever achieve individuation or is it a goal that is ever just out of reach? It is important to take the path that the mandala represents, to revolve around the center, to rotate near and around the center, and hopefully, move towards the self.. As Jung remarks “… the self is our life’s goal, for it is the completest expression of that fateful combination we call individuality…” (CW 7 404).

Henderson, Joseph L. and Dyane N. Sherwood. Transformation of the Psyche: The Symbolic Alchemy of the Splendor Solis. NY: Brunner-Routledge, 2003.