Original NSA Whistleblower: I Saw The Order To Wiretap Barack Obama In 2004

This week he appeared on the Boiling Frogs Show and detailed how he had his hands "in the nitty-gritty, the nuts and bolts" during his 20 years as a U.S. intelligence analyst. 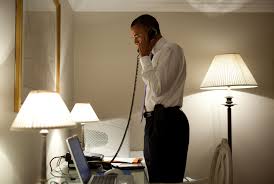 Tice claimed that he held NSA wiretap orders targeting numerous members of the U.S. government, including one for a young senator from Illinois named Barack Obama.

"In the summer of 2004, one of the papers that I held in my hand was to wiretap a bunch of numbers associated with a forty-some-year-old senator from Illinois. You wouldn’t happen to know where that guy lives now would you? It’s a big White House in Washington D.C. That’s who the NSA went after. That’s the President of the United States now."

That sounds like a lot of abuse of the rules that govern NSA domestic spying. And that’s exactly what Tice is claiming.

"The abuse is rampant and everyone is pretending that it’s never happened, and it couldn’t happen. ... I know [there was abuse] because I had my hands on the papers for these sorts of things: They went after high-ranking military officers; they went after members of congress — Senate and the House — especially on the intelligence committees and the armed services committees, lawyers, law firms, judges, State Department officials, part of the White House, multinational companies, financial firms, NGOs, civil rights groups ..."

Tice told Sibel Edmonds’ radio show that back in 2005 the NSA didn’t have the processing power, infrastructure, and storage to collect everything, but a source inside the NSA today confirmed to him that increased capabilities allow the spy agency to copy "every domestic communication in this country, word for word, content, every phone conversation, every email — they are collecting everything in bulk and putting it in databases." 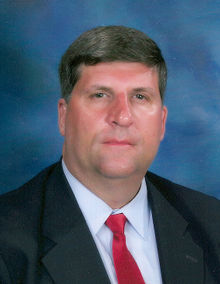 In this bombshell episode of the Boiling Frogs Post Podcast Show NSA whistleblower Russ Tice joins us to go on record for the first time with new revelations and the names of official culprits involved in the NSA’s illegal practices. Mr. Tice explains in detail how the National Security Agency targets, sucks-in, stores and analyzes illegally obtained content from the masses in the United States. He contradicts officials and the mainstream media on the status of the NSA’s Utah facility, which is already operating and “On-Line.” He reveals the NSA as a Deep State that targets and wiretaps US political candidates for its own purposes. We discuss the latest controversies involving the NSA, PRISM, Edward Snowden, and the spins and lies that are being floated by the US mainstream and pseudo-alternative media. Do NOT miss this revelatory interview.

Read the full article at: boilingfrogspost.com