Pegida-UK - Smoke, Mirrors and Zionism: The Zionist Takeover of PEGIDA-UK 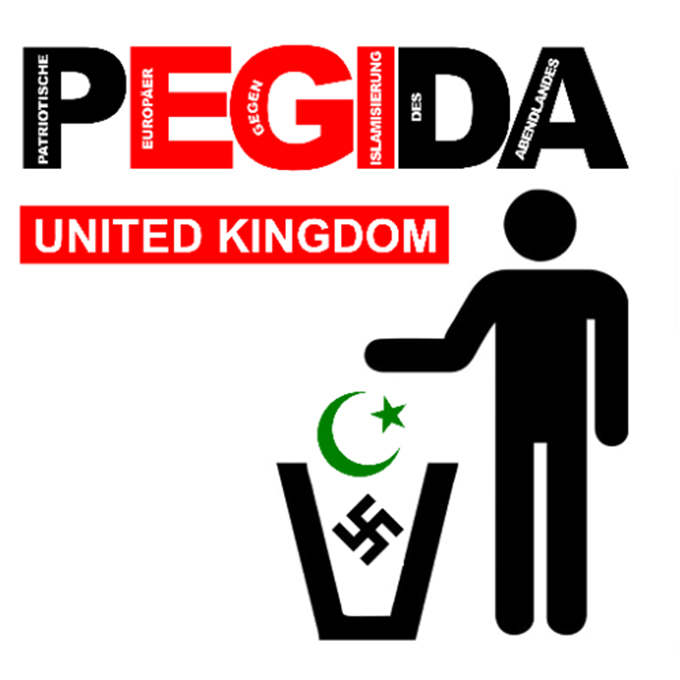 I was expelled from UKIP, the United Kingdom Independence Party, during my candidacy as a prospective Member of Parliament for West Lancashire for my audacity to question the loyalty to Britain of a local Jewish Labour MP.

My forthright decision to call Luciana Berger out for blatant treachery resulted in my being removed from the party just one week prior to the 2015 General Election.

In fact, my dastardly Tweet was so egregious an abuse that UKIP’s leader, Mr Farage himself, felt compelled to hold a live nationally televised press conference on ITV to tell Britain how sorry he was that such a racist individual had slipped through the cracks of his party’s most stringent vetting process.

Not only was I an embarrassment to the party and the fine people that had dedicated their time to the cause, I was to be removed effective immediately for daring to tell the truth to the people I was genuinely fighting to represent in Parliament.

I was then catapulted into the British National Party, for whom I would serve as the party’s main spokesman for several months, hosting a programme on the BNP’s (now nearly defunct) online television channel entitled ‘Sen on the Streets.’ In the bi-weekly programme I’d wander about Merseyside asking Brits whether or not they were happy with the country being overrun by Third World migrants, inhumanely butchered Halal and Kosher meat being successfully passed off as British meat in neighbourhood restaurants, our government spending more on foreign aid, illegal wars and the EU than on our own elderly population, and other issues I felt negatively impacted my former constituents.

However, just prior to my departure from the BNP I received a very curious Facebook message from an “Admin” from “PEGIDA-UK.”

The founder of the German organisation’s British Facebook page — that’s all PEGIDA-UK was at this point — “liked my style, presentation and oratory skills,” said he, and thought I’d make a fine PEGIDA-UK spokesman.

He’d read about my UKIP adventures in the Daily Mirror and Guardian, had seen my interview on Channel 4, read an article I’d written on Rotherham and the joys of Cultural Marxism — where I’d mentioned the Ashkenazi role in the ruin of our societies and wanted my help.

For those of you who have not heard of PEGIDA:

The organisation’s moniker is a German-language acronym for “Patriotic Europeans Against the Islamisation of the West” (“Patriotische Europäer gegen die Islamisierung des Abendlandes”) and thus is not restricted to Germany, though it started there. It organizes anti-Islamic demonstrations in cities across the nation, the largest of which has been in Dresden, PEGIDA’s home base since October 2014, where tens of thousands of people have taken part.

PEGIDA protesters call for more restrictive immigration policies, in addition to the preservation of (here it comes) “Judeo-Christian” culture. That should give their intentions away.

Until recently, the German organisation has been irrelevant in Britain.

“According to Rabbi Walter Rothschild, Pegida is raising important questions that mainstream politics has avoided. Rothschild, who is chief rabbi of Schleswig-Holstein, a federal state in northern Germany, said that there was a need in German society to discuss to what extent a minority should be allowed to maintain cultural norms that override core principles of Western civilization. Within the Muslim minority — which amounts to 5% of Germany’s population of 82 million [incidentally, “five percent” would seem a ludicrous underestimate to any German who lives in the cities or suburbs that dot the country] — there are some communities, Rothschild said, that disregard Western values like women’s rights or freedom of speech and preach anti-Semitism.”

“If you are going to have a mosque, then don’t teach hatred in it,” he said. “Yes, you can have a school, but don’t teach people to be terrorists. Yes, you can have your own political opinion about the Middle East, but don’t walk up and down [in street demonstrations] saying, ‘Kill the Jews!’ — which is what they did in Berlin.”

Rothschild was referring to pro-Palestinian protests that took place in the German capital during Israel’s military offensive against Hamas in Gaza last summer.

It was at this point I was informed that PEGIDA-UK had been without a leader since their former spokesman had been removed for “irrational behaviour” and they wanted me to captain the ship moving forward. It would also feature a fellow named Timothy Scott I had never heard of, a seemingly genuine former soldier they quite obviously exploited

I didn’t want to step on anyone’s toes, but the opportunity to reach the young men whom most nationalists recognise we will need if we’re going to change the nation’s political culture was staring me in the face. So I pounced — as anyone dedicated to disseminating truth would.

Over the next week or so I got to know the crew. “Larson,” the bloke who had reached out to me, turned out to be a Swedish gas-station attendant living somewhere near Malmö.

His second-in-“command” was one “Harshad,” an Indian graduate student who by day attended courses in computer science at one of India’s many polytechnics, and by night moonlighted as a de facto Asia-based European Nationalist.

There were a few other people based in the US and Canada, but quite remarkably, next to no one in PEGIDA-UK actually lived in Britain.

In spite of the fact that the whole thing was a tad comical, I was flattered by Larson’s overtures, saw an opportunity and, most importantly, genuinely believed I could help.

I also saw a chance to bring Kosher Nationalists and other misguided civic Nationalists back to the slightly relaxed form of the state and ethnic nationalism to which I subscribe. I would also have a new platform from which to share my work.

PEGIDA-UK’s Facebook page did in fact have some 22,000 “likes” as well as a “reach” of well over one million people per week. At this juncture I ask that readers make a mental note of these lofty figures, and the value they obviously hold to people and organisations in the business of moulding public opinion.

Still, in spite of recognising that I now had a major new audience to propagandise and hopefully radicalise, I had to make sure that Larson, whose native language was not English, understood that I was a British Nationalist first, pro-Western second, and most of all, far from the sort of well-meaning but highly malleable patriot whom the PEGIDA brand generally attracted.

He was not bothered. In spite of the Facebook page’s success, Larson had been having an arduous time generating any interest in PEGIDA in the UK, and had fallen out with the group’s previous spokesman, as well as with Tommy Robinson (former EDL — English Defence League — and current PEGIDA-UK leader) with whom he had been loosely involved during his Quilliam days.

(Quilliam is a London think-tank named after a wealthy nineteenth-century Englishman, William Quilliam, who converted to Islam back in 1889, set up a mosque in Liverpool, and changed his first name to Abdullah. Today, “Quilliam” portrays Islam to both Muslims and gullible Westerners as a democratic, tolerant, harmless, peaceful and apolitical faith, which some find quite at odds with the Koran itself.)

This Larson just wanted to have someone he thought could generate some media interest. If there’s one thing I have been successful at since my suspensions, it’s been my ability to court controversy — and more importantly, provoke the mainstream media into discussing Jewish issues.

Larson admitted that a few of his fellow Admins would be worried by the perception that my Weltanschauung might be a tad extreme, due both to my ties with the BNP and my overtly anti-Zionist message, but as he was “in charge of the page” and desperate to generate any interest in PEGIDA-UK’s work, he was willing to take the risk. After all, “none of them were able to accomplish much of anything” to that point.

(I’d like to state for the record that I am not anti-Semitic. I have no issue with Jews loyal to Britain and the countries in which they reside. I’d like to believe that people like this exist. A very close friend of mine in London, who arrived in Britain via the visa process, is both Polish, and Jewish. He is anti-immigration, highly critical of Talmudic teaching, loves England and generally thinks as most of us do. I’d like to think that he is not an anomaly.)

When I asked Larson if PEGIDA had an official headquarters in Germany, he informed me that although “here wasn’t an office or anything like that,” he had “a contact who sometimes wrote to them from somewhere near Cologne.”

Over the next few weeks I communicated on a daily basis with Larson and his assistant, Harshad.