Pentagon officials today confirmed a plan to send massive amounts of new tanks and armored vehicles to the Norwegian countryside to be stashed inside of a series of caves in case the US wants to use them in wars in the region. 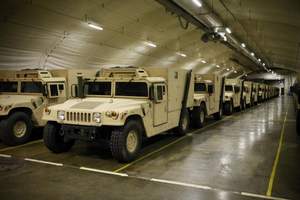 The plan is part of the rarely discussed “Marine Corps Prepositioning Program,” which began at the height of the Cold War as a way for the US to stash large numbers of vehicles in Europe or other possible combat zones to use against the Soviet Union. The Norway cave system was first established in 1981.

A handful of vehicles have been taken out to play a part in the US invasions of Iraq and Afghanistan, but large portions of the original shipment have just sat there, unused until February of this year, when they were brought out for Exercise Cold Response 2014, a wargame in which they served primarily as stuff to load on US transport ships to test out new piers. 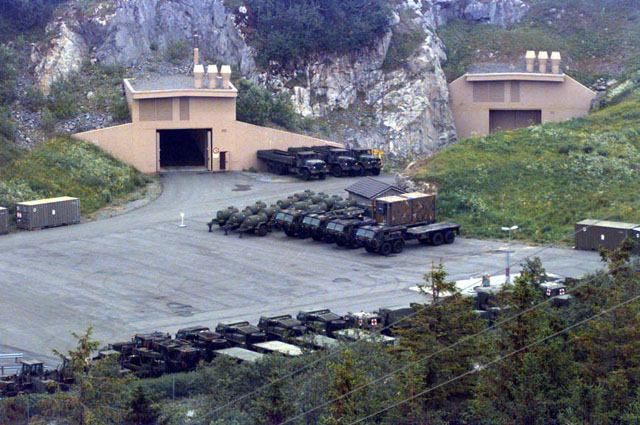 This 1997 aerial photograph shows the entrance to a cave facility the U.S. military uses in the Trondheim region of central Norway. (Defense Department photo courtesy of the National Archives), WashingtonPost
Some of the vehicles are going to be sent back to the US for decommissioning, being 30+ years old, and a massive new shipment is incoming, that will both replace the decommissioned ones and increase the overall size of the stockpile, waiting for any new wars the US decides to launch in the area.