Pope Tells Jesuit Astronomers to Pack Up The Vatican Observatory 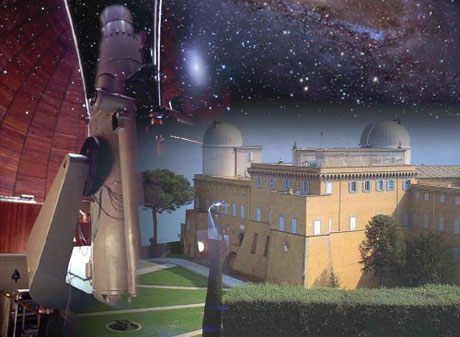 The Pope has given the Vatican's Jesuit astronomers their marching orders, banishing them and their infernal instruments from his summer palace and billeting them in a disused convent instead.

The astronomers' eviction from the Castel Gandolfo has been put down to Benedict XVI's need for more space to receive visiting diplomats, according to The Independent.

According to the paper, the Jesuits who run the observatory are putting a brave face on their enforced removal, with the observatory's director Father Jose Funes, insisting: "It is not a downgrading of science in the Vatican."

However, observers will no doubt see this as a negative move in the Church's relationship with science, which dates back to that other troublesome astronomer, Galileo, and beyond. Benedict has been accused of looking to turn the clock back on his predecessor's embrace of science, to the extent of apparently endorsing intelligent design.

Alternatively, you could opt for the theory that the observatory’s main problem is that it’s largely run by Jesuits, another group that has a stormy relationship with the Holy See.

After their stint as the Pope's shock troops in the counter-reformation, the order was suppressed in the 18th century, before being restored in the 19th century. Nevertheless, some apparently feel that the Jesuits are too clever by half and, even worse, have developed a rather liberal tendency. 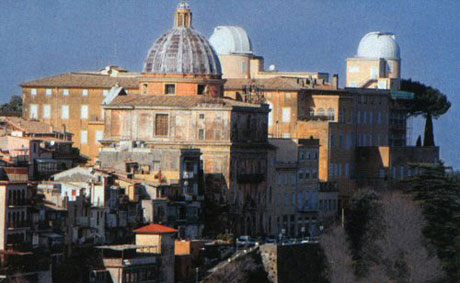 Earlier this year, Benedict welcomed attendees to the observatory’s summer school with the message: "The Vatican Observatory has sought to demonstrate the Church's desire to embrace, encourage, and promote scientific study, on the basis of her conviction that 'faith and reason are like two wings on which the human spirit rises to the contemplation of truth'."

And, if after sufficient contemplation you still feel you can't get to the truth, the Vatican will be happy to supply it for you.