Sep 20, 2009 Source: telegraph.co.uk
Ed comment: This article was first posted by the Telegraph 16 months ago. Where are things heading? 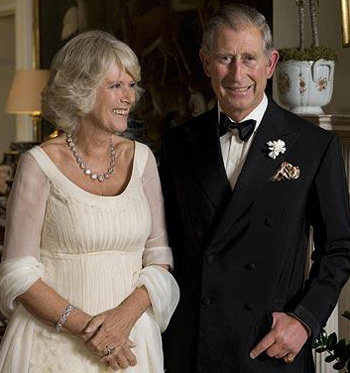 The Prince of Wales has warned that the world faces a series of natural disasters within 18 months unless urgent action is taken to save the rainforests.

In one of his most out-spoken interventions in the climate change debate, he said a £15 billion annual programme was required to halt deforestation or the world would have to live with the dire consequences.

"We will end up seeing more drought and starvation on a grand scale. Weather patterns will become even more terrifying and there will be less and less rainfall," he said.

"We are asking for something pretty dreadful unless we really understand the issues now and [the] urgency of them." The Prince said the rainforests, which provide the "air conditioning system for the entire planet", releasing water vapour and absorbing carbon, were being lost to poor farmers desperate to make a living.

He said that every year, 20 million hectares of forest – equivalent to the area of England, Wales and Scotland – were destroyed and called for a "gigantic partnership" of governments, businesses and consumers to slow it down.

"What we have got to do is try to ensure that these forests are more valuable alive than dead. At the moment, there is more value in them being dead," he said.

He estimated that the cost would be about £15 billion a year but said that this should be viewed as an insurance policy for the whole world. "That is roughly just under one per cent of all the insurance premiums paid in the world in any one year. It is an insurance premium to ensure the world has some rainfall and reasonable weather patterns. It is a good deal."

Last month, the Prince had a meeting at St James's Palace with four state governors from Brazil to discuss the best way to allocate the money. One option would be for an organisation such as the World Bank to administer the fund. The Prince made clear yesterday that if nothing was done there was a "severe danger of losing a major part of the battle against climate change".

In an interview on Radio 4's Today programme, the Prince disclosed that he had raised his concerns with the White House, Vladimir Putin, the Russian prime minister, and President Sarkozy, of France. He said he had pressed Barclays, Shell, Goldman Sachs and McDonald's to join his campaign.

But he also said consumers had to play their part by choosing products that were environmentally sustainable and called for improvements in labelling.

He denied, however, that he was interfering in the political process. "All I am ever trying to do is to provide an enabling facility," he said.

He conceded that at times he had been forced to keep his counsel when he would have liked to have spoken out. "You learn as you go along. I am going to be 60 this year. I would be a blinding idiot if I had not learnt a bit by now."

•The number of birds, animals, marine and freshwater creatures in the world has dropped by almost one third, according to the WWF conservation organisation. It found that between 1970 and 2005 land-based species fell by 25 per cent, marine species by 28 per cent and freshwater species by 29 per cent.