Psychopaths and The Multicultural Myth 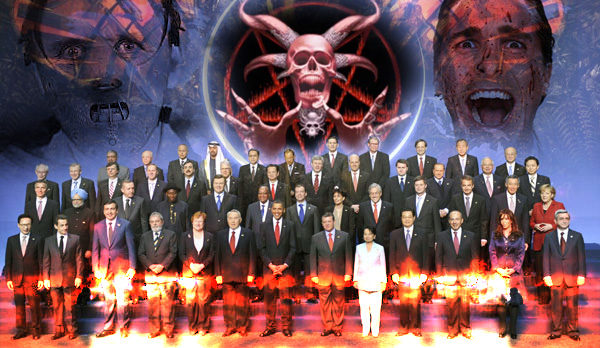 The indigenous population and immigrants, we are all victims of a huge con. The perpetrators are a consortium of social manipulators and political elites that are on the payroll of the higher echelons of the banking cartel. These people can carry out treason and create mass misery and suffering on a global scale without a hint of conscience as they are psychopaths.

A psychopath has no empathy and no concern for fellow humans. It is a clinical condition in which part of the frontal lobe in their brain is missing. Families, such as the royals, deliberately want psychopaths hence the reason for their interest in bloodlines. They strive to keep that condition within their family as it has served them well throughout their bloodthirsty history. When looking through the royals’ family tree it is awash with blood curdling antics of their ancestors. Their huge wealth was achieved by their ruthlessness throughout the ages. The same can be said for the banking families such as the Rothschild’s, whose monetary scam holds the world to ransom.

Regardless of race, it is estimated psychopaths amount to about 4% of the population. They are brilliant at what they do; they are evil master illusionists and manipulators. The current mass influx of immigrants into Britain today is similar to what happened in the former USSR. Stalin deliberately uprooted populations, moving them into areas where they would swamp the indigenous population thus destroying their culture. Such a wicked policy can only result in misery for the indigenous population and immigrants alike. Whereas Stalin’s immigration policy was at the point of a gun, the European policy is much more subtle, it’s done by economics. The objective is very simple. Once the populations’ culture has been destroyed and they have no hope, they are then easily controlled. Create an economic slump and degradation whilst promulgating the notion that the indigenous population are lazy and don’t want to work. That creates resentment and ultimately civil unrest. It divides society and creates race hate. In addition to this, all totalitarian governments endeavour to break up the family unit, thus creating disharmony and a population of inner city feral youths. This can be clearly seen today along with deliberate dismantling of the countries industry, thus creating high unemployment. Degradation leads to riots, race hate and a break down of law and order.

Eventually the government creates a police state in order to, in their words, maintain law and order. The entire con comes from the mindset of the Tavistock Centre and Frankfurt School and the British public have fallen for it hook line and sinker! The evidence is clear to see, but due to the mindset the masses have been brainwashed with, they choose not to see it. That is how the criminals in government and their overseers get away with it; the general public are extremely ignorant and gullible! In reality we currently live in a single party corprotocracy. We are supposed to vote for a left wing or right wing political party but in reality all major political parties have the same hidden agenda. Even lower rank political party members appear to be too gullible to notice it. They believe the hype and the illusion that’s constantly pumped out on the mass controlled media, that’s mainly owned by the same banking families that operate the world wide banking scam. The collusion of state and industry, ultimately controlled by banks, where an elite bunch of super rich industrialists and government ministers rule over a population of tax slaves is pure totalitarianism.

That is what we have today. Living under the constant threat of unknown bogy men, such as state sponsored terrorists, enables the rulers to tighten the dictatorship screw even further. Simply look at the evidence for 9/11 and 7/7 and the official story can be shown to be a pack of lies. The masses prefer to accept what they are told from an official source as that is what they are conditioned to do. Even, so called, educated people go along with the official story whilst evidence for the opposite is obvious and staring them in the face! I have nothing against anyone from any race, religion, country or culture providing they respect British culture and they have chosen to settle in this country for the right reasons. Getting the best from other countries, such as cuisine, natural medicines and technological know how can only enrich, providing respect is given to the indigenous culture and such respect is reciprocal. Many immigrants in the past came to these shores because there was something about Britain they liked and they wanted to be part of it. Some fled persecution in their own countries. Their offspring’s are now very British and many have no connections with the country their parents or grandparents came from. Mass immigration has, in many cases, upset the social cohesion they once had. Sometimes second and third generation offspring’s from immigrants are incorrectly labelled as economic migrants or bogus asylum seekers when they are not!

Again, I believe this is all part of the master plan to divide and rule people, eventually leading to a police state. Mass media debates about the huge influx of economic migrants are deliberately skewed in order to miss the obvious. Anyone that speaks out is instantly branded a conspiracy nutter or racist. The psychopaths divide and rule agenda under the guise of “Multiculturalism” is like rat poison – 90% sweetener, 10% lethal and their hidden agenda appears to be running like clockwork! The planners of the forthcoming Orwellian nightmare know full well that economic migrants attract criminal psychopaths from their countries of origin, like bees around a honey pot. Criminal psychopaths’ predatory behaviour instinctively capitalises on any new opportunity We wouldn’t allow a village idiot to captain a ship, neither would we allow a mental retard to fly a fighter aircraft, so why then do we allow psychopaths to rule us? The answer is simple; it’s because we don’t know how to recognise them!

As said in previous articles, if a system were set up to root them out before they reached high office, it would probably be run by psychopaths who would start a witch hunt that would victimise innocent people! It’s not easy. I have had around forty years experience of an in-law that’s allegedly a psychopath who caused an emotional tsunami in my family. I know their mannerisms and thought process but armed with that knowledge and experience, it’s still very difficult to recognise a psychopath before it’s too late! The reason is because they are brilliant at what they do. Even so, there are some chinks in their armour that can reveal their real motives, if you know what to look for. Psychopaths lack the ability to dream and they are usually as shallow as a puddle on a billiard table! Contrary to popular belief, very few actually kill or maim people; they get others to do their dirty work! Because they don’t have a conscience they can create mayhem without feeling the slightest tinge of guilt.

Psychopath politicians can promise the earth. When they achieve high office they can go back on all they said without any conscience about it whatsoever. Their acting skills are second to none. When creating a war and sending young men to their deaths, psychopath politicians can give breathtaking performances of consideration and grief, when in fact they couldn’t give a damn! Strangely, they all seem to work to the same agenda, as if they were given a script when young. They also recognise fellow psychopaths and form alliances with them. From an early age they know they have the condition and are fully aware they are different from the rest of the population. They create havoc around them so that they can be the pillar of strength and reason amongst the ongoing pandemonium. Their objective is to create an atmosphere of distrust amongst honest individuals. When people distrust each other, it creates stress. This is clear to see around us today. Psychopaths seem to thrive on that form of tension. They are never in the firing line as their skill of manipulation enables them to work on people that are susceptible to their domination. Such people unwittingly create the mayhem whilst the psychopath distances themself from it, as if it’s nothing to do with them, whilst in reality they are the instigators and controllers. Psychopaths have an uncanny ability to overpower and control susceptible people; their targets are usually shy polite articulate individuals that don’t answer back.

Stalin was responsible for the deaths of millions but it would have been impossible for him to do it himself, he got others to do it! Many of those that carried out executions were probably not psychopaths, but they had been brainwashed by them. Those in high office seem to have an obsession with clubs. They like to get people into clubs and organisations so they can categorise them and ultimately control them. Clubs and organisations can be infiltrated. Any opposition can therefore be controlled. To peacefully and lawfully fight against psychopath dictators it is essential to be individualists. They can’t infiltrate an individual, although they can arrange a suicide or fatal accident for them if they get too dangerous. It is therefore essential for the criminals in government to be overwhelmed with individuals in the general population, so much so it would be impossible for them to destroy them all. There are many aspects of the psychopath psyche, too numerous to list here that gives their game away. Unfortunately anyone that has not had first hand experience would probably not notice such clues.

Science though may have the answer. A brain scan would reveal dark spaces in the frontal lobe area of their brain, indicating psychopathic tendencies. Perhaps if everyone seeking high office were compelled to have a brain scan, it could prove to be a step in the right direction. Again though, how could we be sure the test would not be run and corrupted by psychopaths? In that sense, brain scans are probably not a good idea. My personal belief is education is the answer. If the populous are educated and taught to seek out the facts and not accept propaganda as fact, psychopaths would find it increasingly difficult to promote their hidden agenda. People are waking up to the fact they are being continuously conned but within that process, the psychopaths are busy putting out red herrings and promoting false awakenings. As said at the beginning of this article, the indigenous population and Immigrants, we are all victims of a huge con.

Unless honest, decent folk of all cultures and faiths stick together and peacefully and lawfully root out the real enemy of the people, we face a very bleak future.

I am currently writing a book about psychopaths, based upon my experiences and research. The book was started about three years ago and is currently about two thirds finished. It will hopefully be available later this year. For further details, please see:

Thomas Sheridan - The Labyrinth of the Psychopath & The Intraspecies Predators