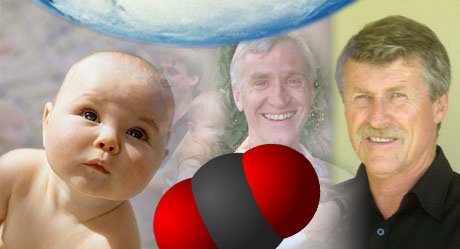 While carbon trading will no doubt play a key role in curbing emissions, environmental scientists say the politically sensitive issue of population growth also needs to be given more consideration in the climate change debate.

Now a radical proposal to reduce population growth has been published in the Medical Journal of Australia - a carbon tax on babies.

The parents of any baby born today in Australia will receive a Federal Government bonus of $4,187. In July next year, that'll go up to $5,000.

It's a controversial policy but the argument that it is environmentally unfriendly hasn't often been raised.

Now though writing in the Medical Journal of Australia Barry Walters, an associate professor of obstetric medicine at the University of Western Australia, is making that case.

Dr Walters says every family choosing to have more than a defined number of children should be charged a carbon tax. He goes on to argue that those purchasing condoms or undergoing sterilisation procedures should be awarded carbon credits.

The proposal is backed by Garry Egger, an adjunct professor of health sciences at Southern Cross University in New South Wales.

"Population control seems to have gone off the rails in the last 30 years," Dr Egger says.

"And it's obvious that population is not going to be controlled by itself or indeed by politicians or economists because ... the easy way to make an economy grow is just to have more people.

"And we're ignoring the fact that the downside of that is the pollution and the carbon footprint that's created by increasing the population."

Dr Egger says two people per couple would be a reasonable "tax-free" number, because it represents "replacement value".

He admits that the proposals don't enjoy widespread support, but the notion of curbing population growth to help combat the impact of climate change is by no means radical.

Target challenge
Dr Jack Pezzey, a senior fellow at the Fenner School of Environment and Society at the Australian National University, says Australia will only meet its Kyoto target for 2008 to 2012 because land clearing emissions were included in the 1990 emissions total.

"Those emissions have been greatly reduced and they're now only about a quarter of what they were in 1990, so they can't be reduced by much more in the next 15 years or so.

"And meanwhile, energy-based emissions in Australia have been growing at a rate of about 2 per cent per year since 1990.

"More than half of that comes from population growth, or rather 1.2 per cent per year to be precise. That's just as a big a contributor the growth in overall greenhouse gas emissions.

"Projected forward about 15 years to 2020, it will contribute about 20 per cent growth in emissions and that will make it that much harder to meet any ambitious reduction target like getting our emissions down to 25 to 40 per cent below our 1990 levels."

Dr Pezzey says there seems to be a bit of a taboo on talking about population control.

"If you raise issues of controlling population growth, the accusation is very rapidly made of being an eco-fascist or a racist. But unfortunately population growth is simply there," he said.

"As I've said before, it has an effect on total emissions and therefore if you want to control total emissions you cannot ignore total population growth. You simply have to admit that it's part of the problem."

Vexed question
The sensitive nature of the question of curbing population growth makes it a tricky issue in some quarters.

Cam Walker, campaigns coordinator for Friends of the Earth Australia, says it is a vexed question for many in the environment movement.

"We're cautious about just raising the issue of population growth per se," he said.

"We tend to focus on consumption issues. But it is certainly one that does need to be considered overall when we are looking at the continued growth in global greenhouse gas emissions."

Mr Walker agrees that curbing population growth is not just an issue for the developing world.

"The time of large, enormous families - we're past that," he said.

"Certainly in the global north it's something that is starting to appear perhaps selfish in the current context, particularly in the context of, as an average Australian I consume the resources of eight average Indonesians.

"So therefore if I have four or five kids, I'm actually adding in effect a considerable number of people to the global population."